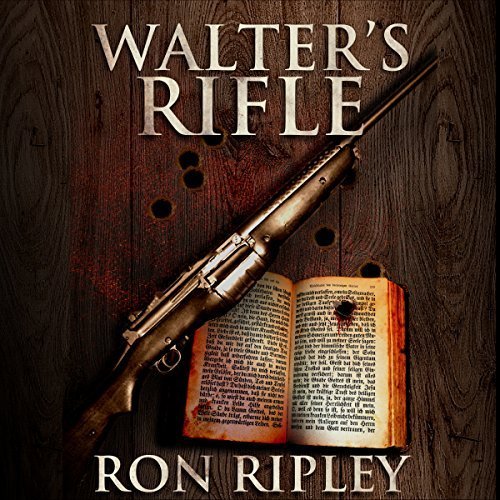 Stefan Korzh is still selling his mother and fathers haunted items and hoping they kill as many people as possible. In this edition, Victor and Jeremy have to retrieve a book and a rifle. Both the items are intent on killing!! The book is picked up by a young boy and the rifle by a man who has no problem killing with it!

I loved book 1 of this and was hoping that this would be just as good, well it was, and it even surprised me by being better. I had a hard time putting this aside because I needed to see what would happen. The idea of a haunted book was super scary because it’s such an innocuous item and the fact that a young boy had it made it worse!! The plot surrounding the rifle was also scary. The man who had it was a psychopath, but when you add in the homicidal ghost, it made for hard reading.

There is a part of the book where I was thrilled to read because we have a character crossover!!! Not going to say who, but I’m so happy to see him in this. I really hope he gets a few more cameos in the rest of the series. Jeremy and Victor are as awesome as always and we get to see a new character who has potential! Really looking forward to finding out more about him.

In all, this was an amazing read. Creepy, scary, gripping and entertaining, this book is a must-read. Ron Ripley sure knows how to write great reads. Highly recommend his books!

Thom Bowers did an amazing job reading this. I think this is my favorite by him so far because he really brought the creepy atmosphere to life! I couldn’t stop listening!!!

The gleaming muzzle of a rifle burns with an insatiable desire, and its new owner is all too happy to comply....

Haunted items are traversing the country, and their ghosts are wreaking havoc on their new owners. At the center of the chaos is an old rifle possessed by a blood-thirsty specter, who dreams of massacres at every turn. Meanwhile, lurking in a nearby mailbox is an antique novel possessed by a monster who takes pleasure in agonizing, heart-stopping torture.

Stefan Korzh’s plan is unraveling flawlessly, and he can’t imagine a better way of seeking revenge on the world. But Victor Daniels and Jeremy Rhinehart won’t let that happen. Recovering from their grisly encounters with the dead, they’re more prepared than ever before. They work on finding the sources of bloodshed and imprisoning the crazed collectibles.

With murderous ghosts continuing to raise the death toll, Victor and Jeremy have their hands full. They race against time to stop the mayhem and save innocent bystanders. Fueled by their quest for revenge, each step brings them toward the culprit behind all the horror. But as they get closer to catching this madman, they discover how dangerous Stefan Korzh truly is....