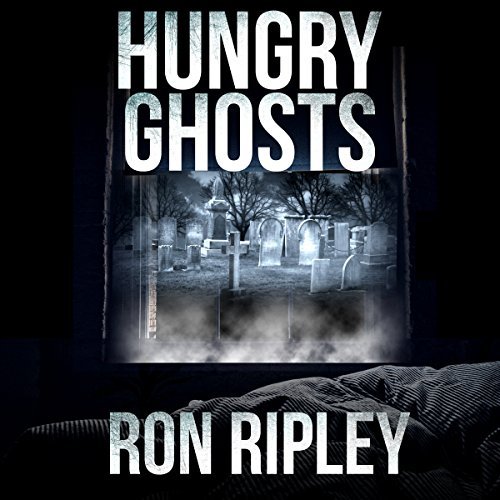 Connor Mann saw something when he was a child and it caused him to be put into a psychiatric ward for more than a decade. It’s now time for him to be released and he is anxious about going home. His mother is dead and his father is an abusive drunk. He tries to live a normal life but when he sees something from his childhood and gruesome murders are happening in the cemetery across from him, he realizes that his life will never be normal. With the help from a neighbor, Connor needs to get to the bottom of what is happening before it’s too late.

Pot wise, I really enjoyed learning about Chinese Ghosts and the difference between them and the normal Ghosts. The lore was fascinating and I ended up Googling them. The pacing of this was fast paced and really creepy, especially when the Ghosts would say that they were Hungry!!! It gave me chills. I was also glad to see a twist on the normal Ghost books this author has written.

I liked Connor. He saw his mother being killed by a Ghost and was put into a psychiatric ward for a lot of his life. He is now out and finding it hard to adjust. When the Ghosts try to kill him, Mister Hu is the only one he can turn to, because Hu believes him. Connor, despite his faults, is willing to do whatever he can to stop the Ghosts.

In all, this was an exciting, new and entertaining book. I loved seeing the flashbacks at the end of the book, and I’m really looking forward to seeing what is next for these characters.

Once again, Thom Bowers is able to bring the creepiness alive!! His portrayal of the Ghosts was chilling and he brought the atmosphere to life. Thoroughly enjoyed his performance.

A cold dark night. A cemetery full of secrets. And murderous ghosts on the loose.

After more than a decade, Connor Mann is forced out of the psychiatric ward he once called home. He finds himself back in the town where he grew up, with a distant father, and a tragedy all too painful to bear.

His attempt to resume a normal life soon comes under attack when he encounters restless spirits lurking in the basement. And someone - or something - terribly vicious awaits him with open arms in nearby Pine Grove Cemetery.

Meanwhile, a series of unexplained murders begin to wreak havoc on the town, and a group of detectives work tirelessly on the puzzling case. Unbeknownst to them, an elderly Chinese man, Hu, is on the lookout for a nefarious priest, who might hold the key to unlocking the mystery.

As a legion of deadly ghosts cast an ominous cloud over Pine Grove, Connor must confront his tragic past and gather all his strength to defeat them. The battle against unimaginable evil will change everything he knows about himself, and the world.