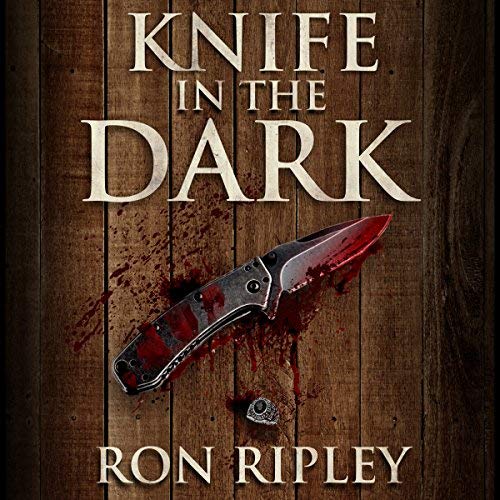 Here we are at book 6 and the story is still fresh and exciting! This one takes a turn I didn’t expect and even though it was totally different than the rest of the series, it worked really well and added an extra twist to the plot.

As per usual, Stefan Korzh unleashes more mayhem by selling off the haunted items, this time it’s a class ring that’s haunted by a killer who loves to stab and eat his victims. Victor has to team up with Ariana this time in order to try to stop Korzh before more innocents die. Tom finds himself in trouble with the intriguing Leanne and he is in a race for his life! Meanwhile, Stefan is getting more and more erratic and is in fear of his life of Anne. He thinks he needs to step up his selling of the objects before it’s too late.

The plot was fast-paced and addicting! So many things are happening and it feels like everything is going to come to a head soon!! I don’t know how many books are planned for the series, but I feel like Stefan Korzh is going to get what’s coming to him soon, and I can’t wait!! His character is one of the worst I’ve ever read. He delights in murdering innocent people and is such a vile human being!! I admire the author for writing him in such a way that everyone will loathe him. Usually, a villain will have a glimmer of niceness but not this fellow. He is evil to the core.

The rest of the characters are as awesome as always. Victor doesn’t know how to handle the attention from Ariana, but he knows that he needs help stopping Korzh and has no choice but to team up with her. I’m loving seeing these two together!! They are so different yet I’m really hoping their relationship goes a little further. I’m rooting for them 🙂 Tom is loving his own life at the moment until he is kidnapped by…. something. Tom has really grown as a character and I’m intrigued to find out where the author will take him now!

In all, Knife in the Dark was amazing. I devoured it and am so looking forward to the next one. Luckily, this author writes fast and it’s out soon!! I urge everyone to try this series!!

Thom Bowers does a great job reading this series. I feel like he “gets” the characters because he brings each of them alive! He is always clear and has plenty of tones and voices for the array of different characters.

A knife flashes in the dark, on a brutal hunt for flesh and blood....

Stefan Korzh continues to unleash his bloodthirsty collection onto an unsuspecting world. But as his past catches up with him, he discovers that there's a price to pay for his murderous desires. Death waits at his doorstep and it causes him to act in ways no one could have ever anticipated.

Korzh's efforts are still going strong as haunted antiques continue to grip the world in their claws of terror. The latest is an eerily cold, silver class ring that drives its wearer into a frenzy for human flesh. A brutal urge to plunge a knife deep into innocent bystanders is overtaking the residents of Concord, New Hampshire, and no one is safe.

An unlikely alliance is formed between Ariana Leckie and Victor Daniels on their hunt for Stefan and the collectibles. They're determined to bring an end to the misery he has caused, no matter the cost. But first, they have to address the threat growing in front of them.

Meanwhile, Tom Crane is enjoying his life with a loving father figure, a caring girlfriend, and a growing list of friends by his side. But his life is thrown into chaos when an old acquaintance drags him into their quest for revenge. Trapped and alone, Tom must find a way to escape before he's too far gone.

As their lives collide, they'll soon discover that vengeance exacts a heavy toll on both the living and the dead....