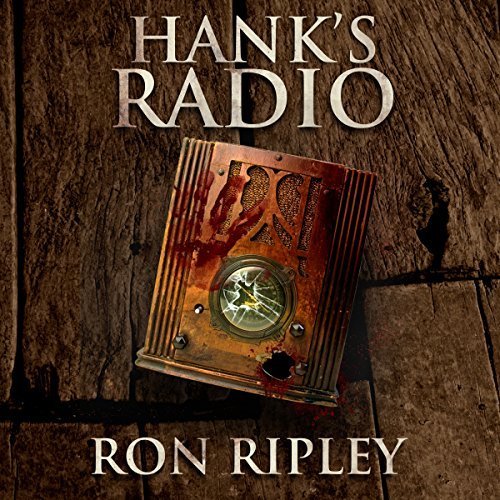 Stefan Korzh has gone into hiding and is trying to stay below the radar, but that doesn’t stop him from sending out more haunted items! This time it’s a radio that is inhabited by Hank. His choice of victims is lonely, elderly ladies. His seductive voice draws them to him and he viciously kills them. But Stefan makes a mistake, and someone is on his tail! Is this the end?

I devoured this edition of the series!! It was more action packed and dare I say, even a little darker than the rest. We almost have 3 separate stories tying this all together. First are Stefan and Bontoc. Bontoc is hired by Ariana and her father to find Stefan and kill him. He eventually tracks Stefan down and sees that he has encased himself in an impenetrable fortress, but to Bontoc, it’s a mild inconvenience. He is one tough cookie and I can’t wait to see more from him!!

Then we have Victor, who is also intent on tracking Stefan down, but before he does, he has to deal with the items Korzh is sending out. His focus is on the radio and he has to call in Shane Ryan to help. I’m always happy to see Shane back and here is no different!! I love that the author crosses over his series. My heart goes out to Victor. He just wants revenge but Stefan keeps sending out things and people are still dying, so he knows his first thing to do, is to stop innocent people from getting hurt, then he can set his sights on taking Stefan down. You can feel the tension is at breaking point with Victor and I’m nervous to see what the author does next!!

Last but not least, we have Tom. Victor has told him to stay safe while he goes and deals with Hank, but Tom gets information and a picture of Stefan and decides to follow a lead. This could just lead to his death because one of the items Victor and Jeremy had dealt with. is back in play and comes into contact with Tom!!

So yea, this book was brilliant! I was on the edge of my seat throughout and felt like my heart would break out of my chest! Each of the books in this series feels like they are leading to an epic and explosive end, and I for one, can’t wait to see where the author takes it. I’ve grown to love these characters and grown to love the world the author has created. This author knows how to give the reader chills and this one chilled me to the bone. Mr. Ripley can’t write fast enough in my opinion.

Thom Bowers did his best work yet here. If I’m not mistaken, he actually uses a lot more accents in this one! His voice for Ivan Korzh was great and he brought the menacing feeling of the ghosts to life. I felt like he really stepped up his performance here, and it showed!

A man's seductive voice emanates from an antique radio, luring women into his murderous embrace....

It's business as usual for Stefan Korzh as he continues to send haunted antiques onto unsuspecting buyers. Despite going into hiding, his desire to punish the universe for his own misfortune remains unchecked.

Victor Daniels, now more than ever, is focused on grabbing Korzh by the neck and making him feel the full extent of his pain and suffering. But plans change when a suave ghost from the 1940s leaves a trail of dead bodies in his wake. Hank, a sly and charming specter, uses a mahogany-colored radio to reach his victims...lonely, elderly women in nursing homes who find him hard to resist.

Meanwhile, Tom Crane is slowly adjusting to the life of a home-schooled student, spending his days immersed in books from the local library. But brewing underneath his scholarly demeanor is his insatiable thirst for revenge. With Victor occupied, Tom embarks on a dangerous mission to confront the man behind his misery.

The lives of Stefan, Victor, and Tom become more and more intertwined as they continue to play the blood-riddled sport. When old friends - and enemies - reveal themselves, they discover that anything is possible in a game filled with ghosts and vengeance.

Even the hunter can become the hunted...