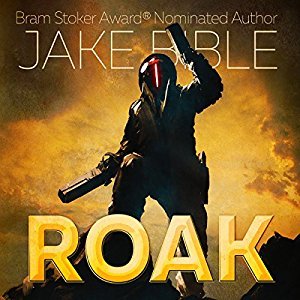 “Just pay me what you owe me”

I don’t know why I can’t shake this feeling.  Roak reminded me of Guardians of the Galaxy, the main character had the same cocky demeanor while still getting the job done.  The comparison stops at the main character, though, this was much bloodier and much more violent than that film.

Roak was a really enjoyable main character to follow around.  He has his own style and does things for no-nonsense reasons.  He gets the job done efficiently and as quickly as possible.  He’s a great bounty hunter who is self-admittedly a little broken.

The story itself was really enjoyable.  The first part, the reader isn’t really sure who Roak is or why he’s doing the things he’s doing.  But after a little while, we quickly figure out who he is and what makes him tick.  The cast of characters he meets along the way to getting paid range from completely insane to really enjoyable.

This was an intergalactic thrill ride with elements for a lot of different readers.

Andrew B. Wehrlen does a great job narrating this, allowing this fast-paced story to play out quickly.  I really enjoyed his narration and will continue to support books narrated by him.

There are thousands of bounty hunters across the galaxy. Solid professionals that take jobs based on the credits the bounties afford. They follow the letter of the law so they can maximize those credits.

No criminal or military records. No files or folders with his name on them. No cybernetic implants to track. No proof he even exists except for a reputation for getting the job done. Roak is the bounty hunter called when someone is looking for the opposite of licensed, bonded, legal.

Now someone has ignored his reputation and made a very big mistake.
Double-crossed and left to die, Roak survives and sets out to exact vengeance and get paid what he is owed.

But he's not unreasonable.

While his fee may have just gone up, the bloody, brutal revenge is on the house. 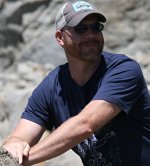 Jake Bible, Bram Stoker Award nominated-novelist, short story writer, independent screenwriter, podcaster, and inventor of the Drabble Novel, has entertained thousands with his horror, sci/fi, thriller, and adventure tales. He reaches audiences of all ages with his uncanny ability to write a wide range of characters and genres.

Jake is the author of the bestselling Z-Burbia series set in Asheville, NC, the bestselling Salvage Merc One, the Apex Trilogy (DEAD MECH, The Americans, Metal and Ash) and the Mega series for Severed Press, as well as the YA zombie novel, Little Dead Man, the Bram Stoker Award nominated Teen horror novel, Intentional Haunting, the ScareScapes series, and the Reign of Four series for Permuted Press.