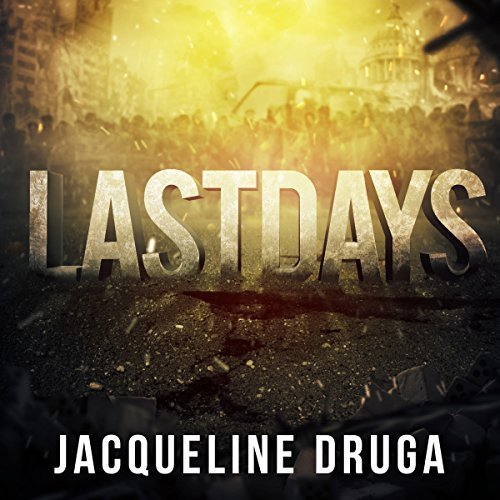 Last Days Was Interesting But Slow

Marcus is a scientist and himself and his team have decided to take some samples from The Shroud of Turin and see can they grow a clone from the DNA on the Shroud. This is, of course, met with a lot of criticism from religious fanatics and others. They think it’s sacrilegious. Death threats, attacks, and abuse doesn’t deter Marcus and they plow away. The embryo grows amazingly well, but they never realized it would not be a baby, but a fully grown man. This man has powers and the masses think he is the Saviour, but while science can clone a body, they can’t clone a soul, and this man doesn’t seem right to Marcus. Just what have they created?

This is a hard book to rate because while it was incredibly intriguing, it was very slow to get going and took me a long time to get into. Things don’t really get going until near the end of the book and there were times when I wanted to put it aside, which is unusual for this author! But I can tell that now the seeds are set, the rest of the series should be a lot faster to get going.

I did like the whole idea of the plot, even if the science of it was a little out there! The idea of trying to make a clone from the blood of the Shroud of Turin was unique and interesting. I do think the reactions of people was something that would happen, with people equal parts protesting against it, as they were delighted with the idea. I also liked that the author made it so Marcus’s family weren’t all on board with the idea.

I did love some of the characters. Reggie is a strong lead and I liked her spirit and her friendship with Marcus. She is there for him no matter what! I also liked Kyle, Reggie’s dad. He was some much-needed levity!! The author did write the characters well and I found myself rooting for them.

In all, this started slow but did set the scene for, what I hope will become a memorable series.

Rick Gregory did a really good job with this. This is the third one I’ve listened to by him, and with each one, it seems that he is getting stronger as a narrator. He had a good few tones and voices for the different characters and even read the females well. I think he still needs to work on his tone of voices, in regards emotion or tension, to really bring a book alive.

Last Days is the first book in the Last Days Trilogy. It is where the story begins …

Led by his curiosity and fueled by intelligence, Dr. Marcus Leon embarks on what he believes is the greatest scientific experiment of all time. One that ignites a firestorm of controversy. Not only does Marcus intend to extract DNA from the blood trapped in the Shroud of Turin, but he will clone the image upon it.

The experiment is a success and the masses embrace the clone as the embodiment of Christ, failing to recognize that science can replicate the body, but cannot touch the soul.

Devoid of this essential spirit, the clone is nothing more than a directionless vessel in need of a captain. A position quickly filled. The arrival of the clone begins the end to all humanity.

Also by this author: What Tomorrow Brings, 10:37, No Man's Land, Faulted