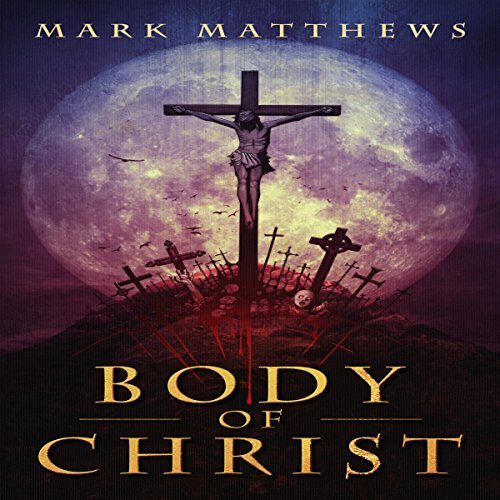 Good Lord This Is A Crazy Book

Well… where do I start?  First and foremost, I did not know that Christian Horror was a sub-genre.  And, as terrible as it sounds – the first and only book that comes to mind is the Bible when I hear that name.

Body of Christ tells the story of two young kids who are coming of age after tragedies.  Both are raised by religious parents but that is where their similarities stop.  The boy’s mom is a devout (and definitely crazy) Christian married to a man who is very hurt. The boy’s dad decides to commit suicide by police shooting.  The girl is coming of age without her mother who died of a terminal illness.

This book is messed up on so many levels.  Now, that doesn’t mean that I didn’t like it because I did.  But seriously, the content matter of this is so messed up.  There is a lot I want to talk about but almost everything feels like a spoiler.

The boy’s mother might be one of the craziest people I’ve ever read about ever. But sadly, my wife works at family court and probably knows of at least one person who is similar. She’s constantly berating her son with “you should have died that night too” and “you’re next” will haunt me for a long time.

The boys collecting of random (and almost always creepy) things is also an incredible cry for help.  He needed so much therapy it’s insane.  But without help, there wouldn’t be a story!

The girl is also another kind of crazy – one who thinks that the eggs that she bleeds out during her time of the month are real and need protecting.  I’m rarely left speechless but that did it.

If you think this is going to be some sort of heartwarming Christian story you couldn’t be further from the truth.  But if you like horror books that are super unique and will leave you cringing at almost every scene, check out Body of Christ.

I don’t know if Matthews is a religious person or not since there were scenes that make it obvious he’s been to a Catholic mass before but then – this story lives in such a dark and disturbing place I’m not sure if it’s something that he was mocking or something that he’s taken a lot of time to analyze and come up with from all of the dark stories out of the Bible.

The narration was done by Rick Gregory and I thought he did an awesome job.  I don’t know how he got through narrating this but thankfully it was under 2 hours so hopefully, he’s recovered! I thought that Gregory added a nice touch to an already good book.

Final thoughts: what the eff did I just read? I’m definitely going to be thinking about this book for a long time.

After his first Holy Communion, a boy secretly builds his own Jesus out of communion wafers and the flesh of his dad.

On Halloween night, his Jesus shall rise.

After a tragic death, a girl tends to the Cemetery of the Innocents, a memorial to the holocaust of abortion and children killed before their time.

On Halloween night, the children shall live, and they need to be fed.

The Holy Spirit comes to life in this shocking, transgressive story of Christian horror

Also by this author: Garden of Fiends

Mark Matthews is a graduate of the University of Michigan and a licensed professional counselor who has worked in behavioral health for over 20 years. He is the author of On the Lips of Children, All Smoke Rises, and Milk-Blood. He is also the editor of the anthology Garden of Fiends: Tales of Addiction Horror, published in April 2017. Matthews has run 13 marathons, and has two running based books, The Jade Rabbit and Chasing the Dragon, also available on amazon. He lives near Detroit with his wife and two daughters.

One thought on “Audiobook: Body of Christ by Mark Matthews (Narrated by Rick Gregory)”