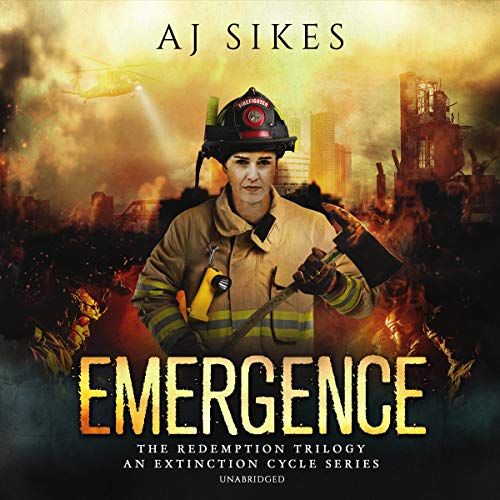 Raw and Gritty, But A New Look

The story, for the most part, bounces between Meg and Jed – our two main survivors. Meg is an NYC Firefighter who in the opening moments of the book must go through what would bring most people to the brink.  And Jed is a “Marine Corps washout” as described in the synopsis.

Sikes tells the story from these two points of views and we are in the front row for the first few hours of the outbreak in New York City. It’s crazy to me to think about how bad things would get there.  And there would be people like Meg who would run into the fire instead of away from it.

There were a few scenes that really stood out to me.  They were gory and real and definitely had the same feel as the Extinction Cycle books that Sansbury Smith put out.  They are obviously written in the same worlds but it’s always great seeing that the Variants are described in the same way in every author’s rendition of it.  The clicking joints, sucker mouths, and needle-like teeth and here and on full display.

The series feels a bit different since it was from someone who is kind of prepared (not military or even police).  I honestly never stopped to think about a firefighter surviving in an apocalyptic situation. Nor did I think about the weapons that they may have at their disposal.

Overall, I thought that Emergence was a great start to a series that I’ll be continuing.  Sikes is a new author to me and I’m intrigued by what they’ve released so far.

Most will run, but the brave will fight....

A deadly virus is sweeping through America's cities, pitting the worst humanity has to offer against its best warriors and scientists in a race against extinction. The virus doesn't just kill - it transforms and creates monsters of men and women called Variants.

New York firefighter Meg Pratt is among those trapped in New York City. Together with her fellow rescue workers and the scattered elements of America's frontline military fighters, Meg fights to survive and hope to save civilians from the coming apocalypse.

Across the city, Marine Corps washout Jed Welch is on his own path to survival, and it intersects with Meg and her ragtag group of survivors. If they are lucky, they will see the help they need emerge from within, just as everything around them is coming to an end.