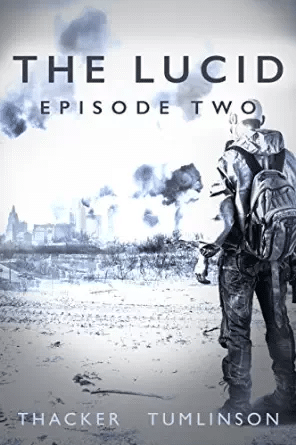 Pick up where the first book left off, flipping back and forth between modern day and a former event that may have started the whole issue of Suppression.  Follow Adam as he tries to figure out where he was taken to and what is going to happen to him and his family.

This is the second book/episode in this series.  At the point of writing this, I do not know how many episodes they are planning on writing, but I’m intrigued.  I definitely want to know what happens and how this all started.

This felt faster than the first one, but I was in a reading mood today and devoured this in one sitting.  Thacker & Tumlinson are a great writing team.  I cannot tell where one stops and the other begins.  Prepare for amazing things coming from these two in the future, I think this is the beginning of another great writing duo.

The episode had a proper ending unlike some in this genre/style of writing, but it is leaving me wanting more and more.  I really wish more episodes were available for my instant consumption.

Adam is on the run, and time is running out.

His family has been taken from him, and he's working to unravel the secret that someone is hiding from him. Don't miss this action-packed second episode of The Lucid.

Also by this author: The Coelho Medallion, The Amazon Code 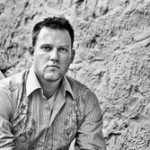 Kevin Tumlinson was born in Wild Peach, Texas, during the early 70s. Which means he had practically nothing to do for the first 18 years of his life.

That meant he was free from outside stimulus, which gave him a creative edge. He spent his days roaming the back woods and open pastures and abandoned junk piles of Wild Peach, getting into a lot of trouble and building a rich inner world that comes in real handy today.

Kevin is the author of dozens of novels and novellas, including his popular Citadel science fiction trilogy and his ongoing Sawyer Jackson contemporary fantasy series.

Kevin was the winner of the Veterans of Foreign Wars Voice of Democracy award, as well as a two-time winner of the Danny Lee Lawrence Award for Fiction.

In addition to writing and publishing, Kevin is the host of the Wordslinger Podcast (wordslingerpodcast.com)–a weekly interview-format show in which Kevin talks to some of the most interesting and upwardly mobile entrepreneurs around. Kevin makes a regular habit of coaching and helping other authors, entrepreneurs and would-be authors improve their craft, build or grow their business, and generally just make their lives better through writing.

Kevin lives with his wife, Kara, in the Greater Houston area, but has a grand master plan to chuck it all and live as an RV nomad, exploring the world, chasing his travel muse, and creating stories from the grist he finds out there.

Visit Kevin at kevintumlinson.com for more information about his work, and to connect with him and become one of his Slingers. You can also follow him on Facebook (/kevintumlinson) and Twitter (@kevintumlinson). He is no longer responding to smoke signals, and apologizes for the inconvenience.