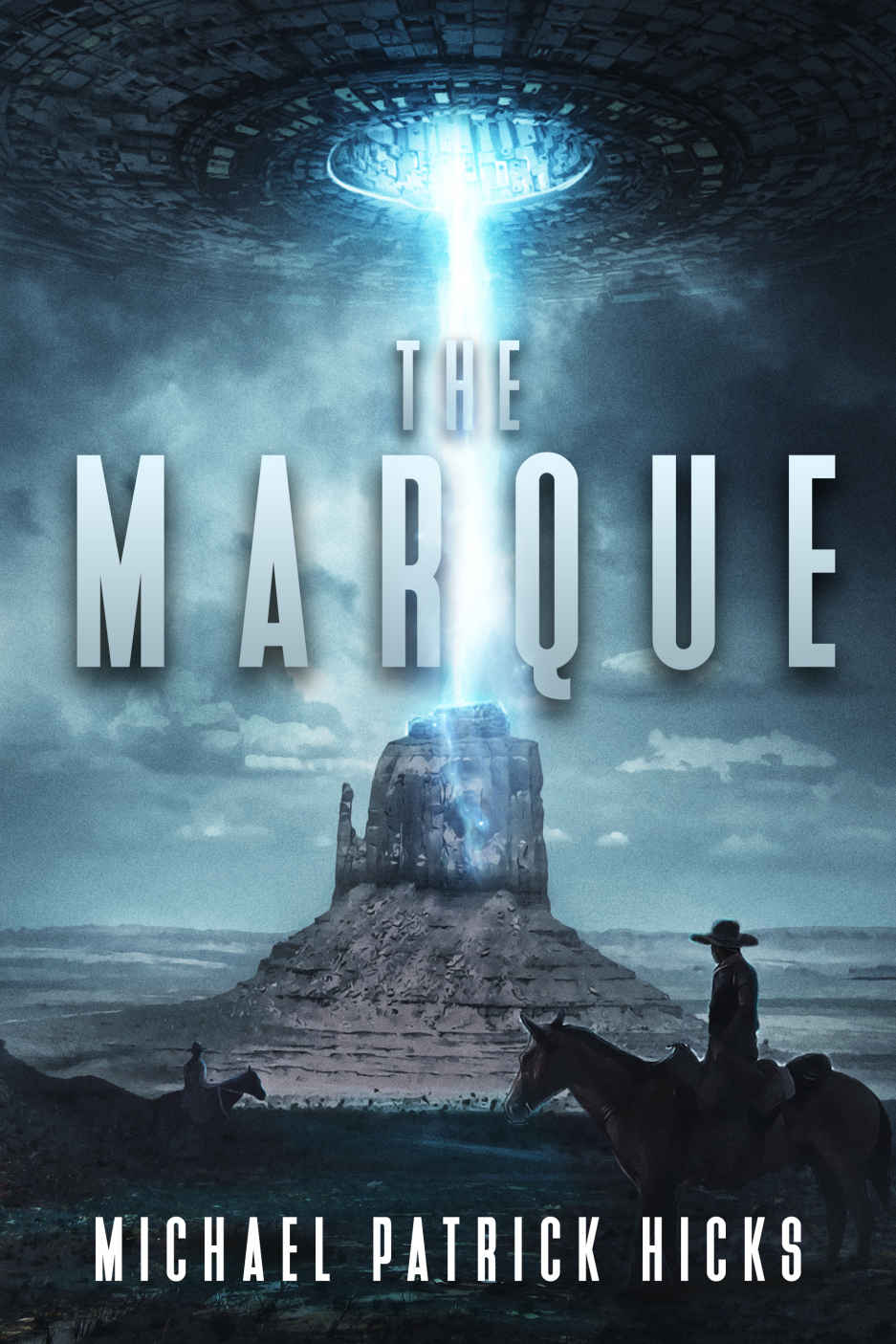 Sometimes the author writes a line that will describe a story better than I ever can (ok, most times) but this time it came from the story itself: “The world has fallen beneath the rule of alien invaders.  The remnants of humanity are divided into two camps; those who resist, and those who serve.”

Sadly, I don’t want to say how many times I read “marque” as marquee… It’s too many, even for a short story.

I actually really like short stories and novellas.  There is something about someone being able to tell a story in 30 pages.  I’ve read books that are much longer that have much less heart and grit in them.

If you’ve followed my blog and/or reviews for a while you know that I”m a big fan of MPH’s work.  He has an interesting outlook on every story and adds a little bit of ”wtf” into almost every book.  The Marque was no different.  I was hooked from the beginning.

Honestly, for a short story, the visuals in this were probably my favorite. Hicks was able to write a detailed description of everything going on around Fines and make it seem both completely hopeless but also tragically beautiful.

The story itself reminded me a bit of a lot of the gritty Sci-Fi that I grew up loving.

I want to write about the ending, but I’m not a spoiler.  Take a few minutes out of your day and check this short story out.

The world has fallen beneath the rule of alien invaders. The remnants of humanity are divided into two camps: those who resist, and those serve.

Darrel Fines serves. He is a traitor, a turncoat who has betrayed his people, his wife, and most of all, himself. In this new world order, in which humanity is at the very bottom, Fines is a lawman for the violent and grotesque conquerors.

When the offspring of the Marque goes missing, Fines is charged with locating and recovering the alien. Caught in the crosshairs of a subdued worker's camp and the resistance cell that he was once allied with, Fines is forced to choose between a life of servility and a life of honor.

[Note: The Marque is a short story of approx. 12,000 words. This story was previously published in Crime & Punishment: A Speculative Fiction Anthology.]

Michael Patrick Hicks is the author of a number of speculative fiction titles. His debut novel, Convergence, was an Amazon Breakthrough Novel Award 2013 Quarter-Finalist. His most recent work is the horror novel, Mass Hysteria.

He has written for the Audiobook Reviewer and Graphic Novel Reporter websites, in addition to working as a freelance journalist and news photographer.