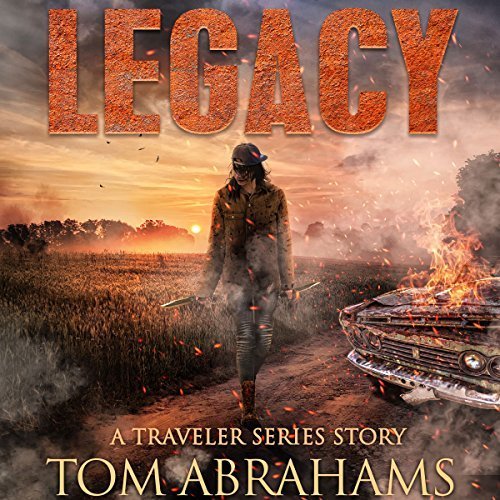 A Story Worth Telling

Another stonking (forgive me, I’ve been watching a lot of Youtube lately of a British guy) intro line by Abrahams for Legacy: “She’s small. She’s quiet. She’s deadly.” I mean – don’t you want to read about Lou already? Lou might be one of the characters that I have an image in my head but I’d be really interested to see what or who Abrahams would compare her to (I might reach out and ask him since I’m that curious).

From the other books, I knew that Lou was on her own and a master with her knives. I believe we met her in either book 4 or 3 and (not really spoiler alert) this book leads right up to the scene where Battle first meets Lou (and the same scene plays out in this book, too but from Lou’s perspective).

What I didn’t know was much of anything about Lou’s father and how she became to be a knife-master. Their story was really awesome and I found myself falling in love with this series all over again. Being able to learn about one of the most interesting young characters in a post-apocalyptic series was a dream for me and I think that Abrahams wrote this perfectly.

I couldn’t get over how young she was when this started and how quickly she realized that she was going to have to do things on her own. And try to learn every bit of knowledge her dad would share.

If you’ve read the other books in the Traveler Series – you’ll know a little about her backstory – but I thought it was interesting to hear them first hand. Lou shines as always and made this such a fun read.

Overall, I thought that Legacy might be one of the best books in the series and was definitely a story worth telling.

Legacy is a stand-alone novel within The Traveler Series world.

Audiobook: The Defiant: Grid Down by Joh