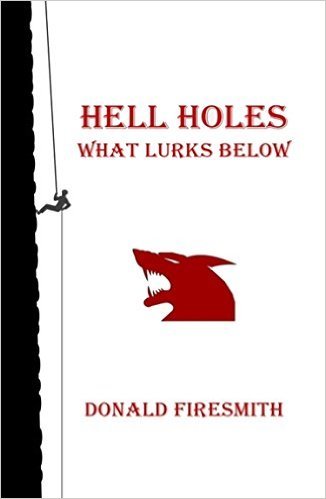 A team of scientists is asked by Exxon Mobile to come out to do some research on a mysterious hole that has appeared, seemingly out of nowhere.  The oil company wants to make sure that this hole and the ones like it won’t be affecting the Alaskan pipeline.  The team is stumped by the creation of the hole and even its existence, but quickly realize that they are in for more than just a simple science excursion.

I want to be totally upfront with you, I’m not usually a fan of fantasy.  I don’t mind it in video games (I absolutely love Skyrim and the likes), but when it comes to reading, I usually shy away from spellcasting and demons and that stuff.

With that being said, Hell Holes has a really nice mashup of modern day science, real science, mixed in with the fantasy that he writes about.  The creatures are supposed to be from what they describe as hell.  But even the person who describes it explains it not necessarily as the hell that a Christian may think of, but just a place of almost pure evil.

I really feel like this book could have gone 100 different ways, and I’m not really disappointed in the way it went. Just know, if you’re not a fan of fantasy fiction this book may not be for you.  But, if you open your brain like I did to the opportunity and just let it flow.  This short book has a lot to offer.

Overall, I enjoyed this more than I thought I would after my first “eye roll moment” when one of the main characters begins to perform… basically magic.  I thought, oh no, here we go.  But, I was wrong.  The writing was excellent and the plot moved quickly.  Firesmith’s knowledge of both science and his imagination for the fantasy aspects mixed with the shortness (only 108 pages) made this a blazingly fast read.

If you enjoy the mix of modern and real science with the age old fantasy, this series is definitely for you.  Hell Holes is something I’ll be on the look out for!

A geologist, his climatologist wife, two graduate students, a local newspaper reporter, an oil company representative, and a field biologist travel to one of the dozens of huge holes that have mysteriously appeared in the tundra of the North Slope of Alaska. Their mission is to research these strange craters that threaten financial and environmental catastrophe should they open up under the Trans-Alaska Pipeline or any of the many oil wells and smaller pipelines that feed it. Unfortunately, a far worse danger lurks below, one that threatens to destroy all of humanity when it finally emerges. Who will live and who will die on Hell Day and as the team flees south towards Fairbanks. 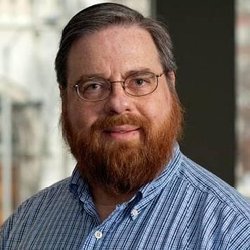 Donald Firesmith is an ACM Distinguished Engineer who works at the Software Engineering Institute (SEI), a Federally Funded Research and Development Center (FFRDC), where he helps the United States Military and other Governmental Agencies acquire large and complex software-reliant systems. He has 34 years of experience in both commercial and governmental software and systems development in numerous application domains that range from software applications and management information systems to embedded aviation and space systems. His primary areas of expertise include requirements engineering, system and software architecture engineering, object-oriented development, testing, quality engineering, and process improvement including situational method engineering.

Donald Firesmith has published dozens of technical articles, spoken at numerous international conferences, and has been the program chair or on the program committee of multiple conferences and workshops. He has taught several hundred courses in industry and numerous tutorials at conferences. These articles, presentations, and conference papers can be downloaded from his personal website. He is the developer of the OPEN Process Framework (OPF) Repository, the world’s largest free open-source website documenting over 1,100 reusable system/software development method components.

To relax, he writes fantasy and science fiction books and crafts magical wands as a hobby.