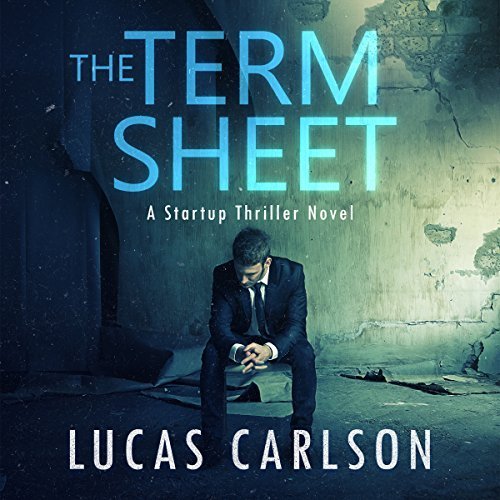 Be thrown into a world of coders, venture capitalists, the FBI, CIA, and more.  David Alexander is always looking for the next best thing when he comes up with an idea for an easy to use encrypted chat client.  He doesn’t really want to follow through on the idea, but his best friend convinces him to and the rest is history.  Mixed into this fast-paced business/startup thriller is a terrorist plot that weaves in and out of the story.

If you don’t know who Jeffrey Kafer is and you listen to audiobooks, especially fast-paced thrillers like this one… you should.  Kafer is a great narrator, who helps already great books become even better.  The production quality is perfect with no errors.  Literally, every time I finish a book narrated by Kafer I go to his books on Audible to try and figure out what I’m listening to next.

This book was great, a real page-turner.  I found myself sitting and just being totally entranced by the world that Carlson created.  You definitely run the gambit of feelings for David’s character.  There are things that he does that make you hate him, and things that make him incredibly lovable. And that’s always great out of a leading character for a book.

My only complaint about The Term Sheet is jumping around in time.  I don’t know if in the book it explains where/when they are or if you’re just supposed to piece it together.  As an audiobook listener, it’s hard to go from present to the past without a little warning (Chapter __ isn’t always enough).

Overall, Carlson has written a really great book that weaves in terrorist plots with encryption.  It takes coding and makes it fun and interesting (by always talking around it instead of detail about it).  But I can definitely tell that Carlson has had some experience either in the startup world and/or with coding and encryption.  The premises here are all too real, and the story is incredibly plausible.

Also, on a super funny side-note, after I started reading this I was reading Facebook and a story in a tech magazine popped up talking about how you can now buy jellyfish and their tank online.  SUPER creepy.

Carlson’s writing style reminded me a lot of Joseph Finder (whose stories I absolutely love).  Mixed in with someone else, but I can’t put my finger on it.  If you’re looking for a quick read on a flight or on the train/subway — pick this up.  You won’t regret it, but you will think about the texts you send to your friends.

The fate of the country depends on the decisions of one ambitious entrepreneur.

David Alexander always dreamed of starting his own company. But in the exciting world of tech startups, where venture capital rules and billion-dollar businesses are the holy grail, things can and do collapse - in the blink of an eye....

David's thrown into this world, and his adventures spiral him into a dark hole of terrorist plots, government espionage, and classified information. It's not as elegant a universe as he had first thought. One wrong decision could put the country in jeopardy, collapse David's company, or even cost him his life.

The Term Sheet is a fast-paced techno-thriller about entrepreneurship, startups, encryption, and the delicate balance between national security and individual privacy. Its complex characters explore thought-provoking questions about the role of technology in an ever-changing society. Step into the high-stakes game played by today's technology innovators, who push the envelope and risk it all. Get ready. This thrilling book gives you a taste of what startups are really like.