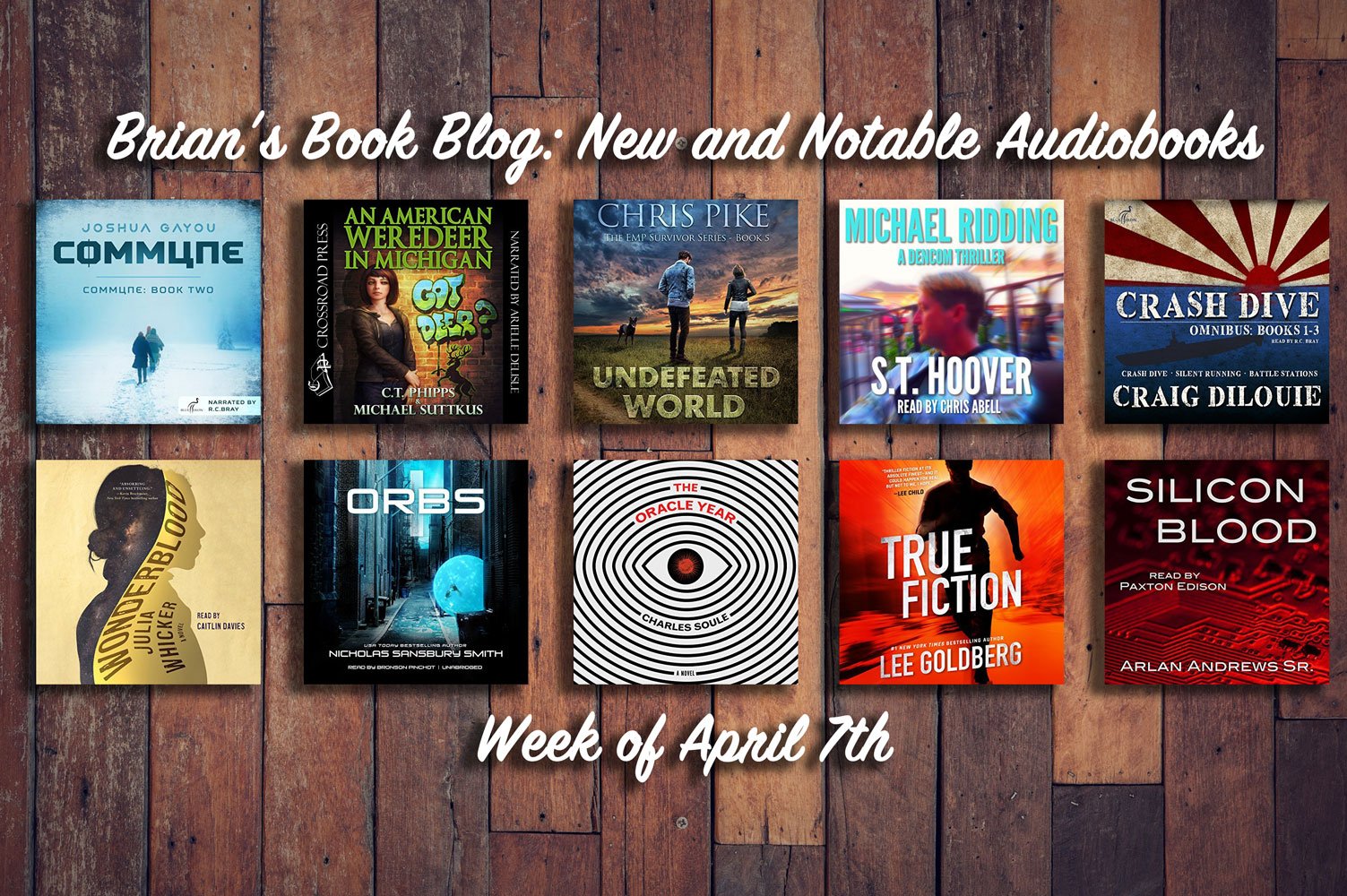 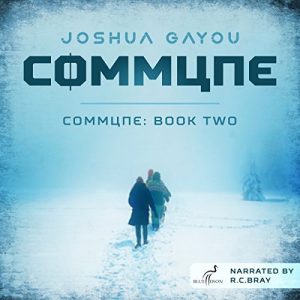 Survival can be a lonely existence…or not. The reality of the situation always comes down to a simple decision: What kind of world do you want to build?

The survivors have come to settle in the mountains of Wyoming, fighting day in and day out to establish a home for themselves in a near-empty world. Things are good at first; scavenging is a workable, short-term solution that seems to be providing all they need.

But they know that it’s only a matter of time before the food runs out. They need to scramble to find a sustainable solution before the clock stops, and for a little handful of people up in the mountains, the odds don’t seem very favorable.

Further south, a new band of people migrates across the map, running on fumes and searching desperately for a place to settle. All around them, as resources run thin, the world grows colder and more violent.

It’s getting worse out there, always getting worse, and it’s starting to look like survival might just depend on how violent they’re willing to get….

An American Weredeer in Michigan by C.T. Phipps and Michael Suttkus
Narrated by Arielle DeLisle

From the best-selling author of The Rules of Supervillainy:

Life is not easy for the world’s first weredeer detective. A simple hike turns into a media circus when Jane Doe, her best friend Emma, and a pair of monster hunters find a mass grave. Determined to find the parties responsible, Jane soon discovers a sinister cult leader has decided to make Bright Falls, Michigan the home of his corrupt religion.

As if this wasn’t complicating her life enough, Jane also has to decide whether or not she wants to begin a relationship with FBI Special Agent Alex Timmons or local crime lord Lucien Lyons. Both men are determined to get to the bottom of the crime she’s investigating but may be distracted by their own agendas–as well as their love for Jane.

It was a desperate act. But why?

Undefeated World is the stunning conclusion to the wildly popular EMP Survivor series. It’s about the power of family, of selfless acts of incredible bravery, and of one agonizing decision pitting love of family against love of country.

America will be invaded, heroes will face certain death, and the traitorous actions of one patriot will be revealed. Who could it be, and why would a patriot betray their country knowing lives will be destroyed?

Find out the answers in this riveting finish to a top-selling Amazon series. 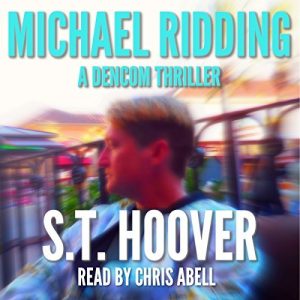 In Southern California, three terrorists of unknown allegiances slaughter dozens of men at a shopping mall. In Denver, the eccentric CEO of Denver Communications, or DenCom, has a target on his head.

In the wilds of Greenland, a long-forgotten enemy is reaching out for recognition and revenge. At the center of it all, a special investigator for the “communications” company is dragged into a diabolical plot he can’t begin to understand. 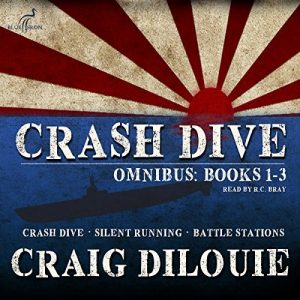 Crash Dive, Book 1: October 1942 – The United States and the Empire of Japan are at war. Charlie Harrison, a young and ambitious lieutenant, reports for duty aboard the S-55, a worn-out WWI-era submarine. While the Battle of Guadalcanal rages on land, air, and sea, the captain plans a daring attack against Rabaul, the heart of Japanese power in the South Pacific. There, the hunter will become the hunted.

Silent Running, Book 2: Lt. Charlie Harrison survived the horrors of Rabaul and the midnight battle with the Mizukaze. When he reports to Sabertooth at Pearl, he must contend with a crew that isn’t quite welcoming and an officer protecting a dire secret.While underway, the captain reveals the submarine’s mission – travel to the Japanese-occupied Philippines, deliver supplies to the Filipino guerillas, and bring American refugees home.When Sabertooth runs into Yosai, one of the big aircraft carriers that attacked Pearl Harbor, the mission changes. As disaster strikes, Charlie must take command and make the ultimate decision – get the refugees home or risk everything on an all-or-nothing attack.

Battle Stations, Book 3: Fresh from PXO School, Lt. Charlie Harrison is offered a posting on Sandtiger under Captain Gilbert Moreau, a legendary fighting captain in the submarines. Sandtiger’s mission? Join an elite wolf pack penetrating the heart of the Japanese Empire. Along the way, Moreau teaches Charlie how to fight and what lines should never be crossed.

Set 500 years in the future, a mad cow-like disease called “Bent Head” has killed off most of the US population. Those remaining turn to magic and sacrifice to cleanse the Earth.

Wonderblood is Julia Whicker’s fascinating literary debut audiobook, set in a barren United States, an apocalyptic wasteland where warring factions compete for control of the land in strange and dangerous carnivals. A mad cow-like disease called “Bent Head” has killed off millions. Those who remain worship the ruins of NASA’s space shuttles, and Cape Canaveral is their Mecca. Medicine and science have been rejected in favor of magic, prophecy, and blood sacrifice.

When traveling marauders led by the bloodthirsty Mr. Capulatio invade her camp, a young girl named Aurora is taken captive as his bride and forced to join his band on their journey to Cape Canaveral. As war nears, she must decide if she is willing to become her captor’s queen. But then other queens emerge, some grotesque and others aggrieved, and not all are pleased with the girl’s ascent.

Politics and survival are at the center of this ravishing audiobook. 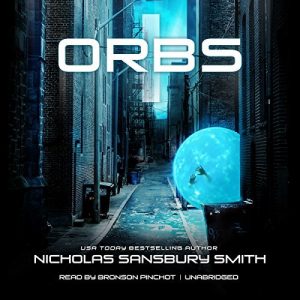 At the end of the world, who will survive? The year is 2061, and the planet is dying. Cataclysmic solar storms have forced leaders from around the world to finally put aside their differences and agree on one thing-to jump ship. The human race is headed to Mars.

Dr. Sophie Winston is hired by New Tech Corporation to test a biosphere deep within the heart of Cheyenne Mountain; a mission she believes will help prepare the company for the three-year flight to the red planet. But, just days into the assignment, things start to go wrong. When the blast doors hiss open, Winston’s team finds a changed world outside. Humans are gone, vanished without a trace, and they aren’t the only thing missing. The planet’s water has disappeared, too.

As the team explores their surroundings, they find thousands of luminous blue orbs lining the streets. It isn’t until they uncover what’s inside that they realize the nightmare that lies ahead. 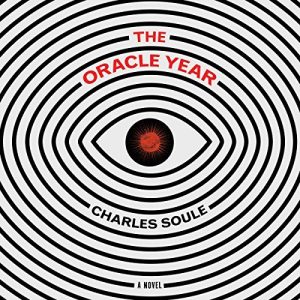 The Oracle Year by Charles Soule
Narrated by Charlie Thurston

From best-selling comic-book franchise writer Charles Soule comes a clever and witty first novel of a 20-something New Yorker who wakes up one morning with the power to predict the future – perfect for fans of Joe Hill and Brad Meltzer or books like This Book Is Full of Spiders and Welcome to Night Vale.

Knowledge is power. So when an unassuming Manhattan bassist named Will Dando awakens from a dream one morning with 108 predictions about the future in his head, he rapidly finds himself the most powerful man in the world. Protecting his anonymity by calling himself the Oracle, he sets up a heavily guarded website with the help of his friend Hamza to selectively announce his revelations. In no time global corporations are offering him millions for exclusive access, eager to profit from his prophecies.

He’s also making a lot of high-powered enemies, from the president of the United States and a nationally prominent televangelist to a warlord with a nuclear missile and an assassin grandmother. Legions of cyber spies are unleashed to hack the Site – as it’s come to be called – and the best man hunters money can buy are deployed not only to unmask the Oracle but to take him out of the game entirely. With only a handful of people he can trust – including a beautiful journalist – it’s all Will can do to simply survive, elude exposure, and protect those he loves long enough to use his knowledge to save the world.

Delivering fast-paced adventure on a global scale as well as sharp-witted satire on our concepts of power and faith, Marvel writer Charles Soule’s audacious debut novel takes listeners on a rollicking ride where it’s impossible to predict what will happen next. 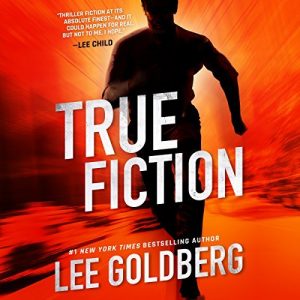 When a passenger jet crashes onto the beaches of Waikiki, bestselling thriller writer Ian Ludlow knows the horrific tragedy wasn’t an accident.

Years before, the CIA enlisted Ian to dream up terrorism scenarios to prepare the government for nightmares they couldn’t imagine. Now one of those schemes has come true, and Ian is the only person alive who knows how it was done…and who is behind the plot. That makes him too dangerous to live.

Ian goes on the run, sweeping up an innocent bystander in his plight – Margo French, a dog walker and aspiring singer. They are pursued by assassins and an all-seeing global-intelligence network that won’t stop until Ian and Margo are dead. Ian has written thrillers like this before, but this time he doesn’t know how it’s going to end – or if he will be alive to find out.

In the near future, the drug cartels of South America establish their own criminal nation, Cordillera, and proceed to flood the world with cocaine and political corruption. America responds by using the new science of nanotechnology to produce microscopic machines – “nanobots” – to eradicate such drugs once and for all. But these tiny devices can also be used to create new kinds of drugs inside a human body – a “pharm” – or to devour it from within.

After a catastrophic nano-plague, a new and powerful drug lord, El Hombre – “The Guy” – uses nanobots to set up a worldwide drug ring, harvesting new drugs from human bodies, and enforcing obedience with threats of devouring them.

Jerry Gade, a nano-engineer with a horrific secret, fights back. The struggle between Gade and “The Guy” takes place in both the human domain and in the invisible world of their own nano-creations. The outcome of their battle will determine the future of the human race.