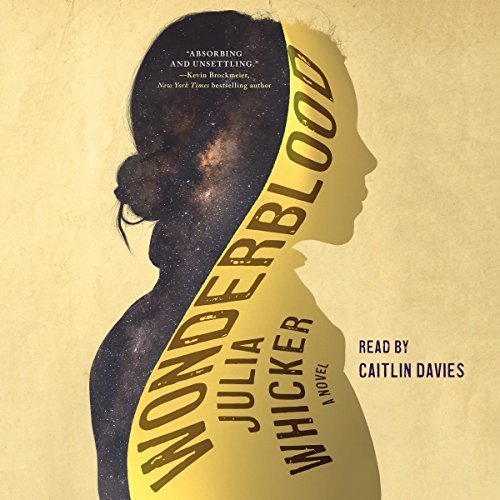 Sadly, Not For Me

I really thought this book was going to be better than what it was. It had such an interesting premise but I just couldn’t get into it. The beginning started off strong and made me want to know more. The events felt like they were leading into a big revelation… that just never came. I honestly felt like the story didn’t go anywhere. It was the same thing over and over and over again which results in a flat story.

Along with a slowly paced book, there was much I didn’t get. The “religion” was just too far out there for me. I never really understood why they worshipped the rockets that NASA once flew but they did? If it was explained then I must have missed it but I wouldn’t be surprised. There were multiple times I had to backtrack because I found myself not paying attention, then at one point I just stopped backtracking and just kept pushed forward.

Unfortunately, the characters were not much better. I did not feel a connection to any of them. The girl, who ends up being named Aurora, didn’t do anything for me. She was taken after her brothers’ carnival was slaughtered and Mr. Capulatio took her in. There was just nothing there. No connection. The other point of view was from Marvel. The biggest issue I had was there as no development. Each character didn’t feel like there was any progression from either one.

The only aspect this book had was its amazing writing. Even though I had a hard time with the plot and the characters, there is no denying that Julia Whicker that her writing was fantastic. The descriptions were done very well and I can see how some people would enjoy this book. Unfortunately, this story didn’t do it for me.

Overall, I just did not enjoy this book. Even though Whicker has beautiful writing, the lack of any development really hindered my experience. The story felt very flat and quickly lost its momentum. The characters themselves did not develop which created no connection with me. While I can see some people enjoying this bizarre apocalyptic story, I did not.

Thank goodness Caitlin Davies narrated this book. She really helped me push through it and I cannot give her enough compliments. I’ve listened to other narrations she has done before and really do enjoy her. If you are considering this novel, I would highly recommend doing the audio.

Set 500 years in the future, a mad cow-like disease called “Bent Head” has killed off most of the US population. Those remaining turn to magic and sacrifice to cleanse the Earth.

Wonderblood is Julia Whicker's fascinating literary debut audiobook, set in a barren United States, an apocalyptic wasteland where warring factions compete for control of the land in strange and dangerous carnivals. A mad cow-like disease called "Bent Head" has killed off millions. Those who remain worship the ruins of NASA's space shuttles, and Cape Canaveral is their Mecca. Medicine and science have been rejected in favor of magic, prophecy, and blood sacrifice.

When traveling marauders led by the bloodthirsty Mr. Capulatio invade her camp, a young girl named Aurora is taken captive as his bride and forced to join his band on their journey to Cape Canaveral. As war nears, she must decide if she is willing to become her captor's queen. But then other queens emerge, some grotesque and others aggrieved, and not all are pleased with the girl's ascent.

Politics and survival are at the center of this ravishing audiobook.