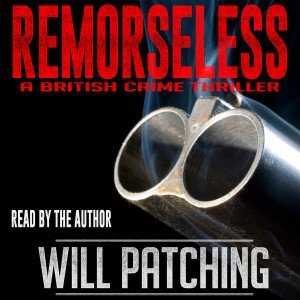 A deep, dark look inside the minds of killers and psychologists alike

Remorseless is a deep and dark look into the mind of a convicted killer.  This specific killer was convicted of killing his parents in a brutal murder when he was just a teenager.  He maintains his innocence and claims this his brother did it and framed him.  He’s served 18 years of his life sentence but is up for parole.  The book follows his parole hearing from his side and the side of the parole board.  Especially Doc Powers, a clinical psychologist who’s wife has just died in a tragic car accident that he believes is his fault.

Narration for the book was done by the author himself.  While this is the first book where I have listened to the author narrate his own book I have two major takeaways.  One, as an author, who better knows the voices you were thinking of when writing the book.  This part makes this audiobook a super unique and interesting look inside Will’s thought process while writing and performing each character.  Two, IF you’re going to do your own narrating work, make sure that you study up on the recording, editing, and producing audiobooks, or hire out the editing and production.  There were a lot of production issues in this book, change in both volume and quality of the voice were noticeable throughout.  While for some people this won’t bother them at all, others this will become a huge issue.  I write my reviews as honest and open as I can — and I really did like his narration, it was very good (and understandable, even as an American, I had no issue understanding Will’s accent).  My only other direct comment to Will would be, even if your character has their mouth shut or is missing teeth — try and do the narration so that we can understand it.  There were about 10-ish minutes or so where I could not understand half the words that he was performing.  I understand this was more of a dramatization than a narration, but when your listener can’t understand what’s being said it doesn’t do anyone any good.

Now, that is easily the longest I’ve ever written about the narration, but I promise the narration adds to the story, not takes away.

Remorseless was a kick in the stomach when you’re already down.  It’s deep and dark and will make you question the legal system.  With all of the media frenzy around the new Netflix show about a wrongly convicted murderer, this book will have you wonder what has to go wrong for someone to get locked up.

The look inside the minds of all the characters involved was absolutely fascinating.  While I don’t normally read books like this, I may have to start.  I’ve always been fascinated (like the author) with the inner workings of the brain, especially those of “cold-blooded” killers and so-called “psychopaths.”  Patching does a WONDERFUL job with the psychology and inner workings of every character involved.

Literally, every aspect of this book felt important.  Usually, with a book this long, there always feels like some pieces were there to add something but you can’t figure out what.  With Remorseless, every word, page, and chapter needed to be there.  Patching is a force to be reckoned with in the British Crime Thriller genre.

Without giving too much away, the second half of the book is brutal and harsh and absolutely a blast to read/listen to.  Patching knows pacing well, and paces the action scenes so that they feel realistic and will have you thinking about them long after you’ve closed the page or turned off your audiobook.  I found myself thinking about the thing within this book late into the night (thanks for that!)  This book was both a page turner and a thought provoker.  Usually, page turners are full entertainment without much thought.  And vice-versa, thought provokers are usually dry and without gusto.  This book definitely has both.

Overall, I loved this book.  The psychology felt super real, the struggles each character was going through were incredibly accurate and made you as a reader feel for them.  Remorseless is definitely a book you should pick up and read. Just be warned, this will have you up late (either reading it or thinking about it).

Peter Leech is a cunning, devious killer, brutalized by half a lifetime in prison for the vicious murder of his parents. Now he’s up for parole and, one way or another, he wants out.

He's driven by obsessive lust for Judy Finch, a beautiful parole officer who spurned his advances, and his thirst for revenge on those he blames for his conviction.

His nemesis, Doc Powers, the forensic psychiatrist who assessed his mental health for trial, is now on the panel reviewing Leech’s parole application. But Doc fears for his own sanity. His feelings of guilt over his wife’s death and his terrible experiences as a criminal profiler threaten to overwhelm him. Hallucinations haunt Doc as he struggles to convince his colleagues that Leech is a dangerous unreformed psychopath.

A blossoming relationship with Judy helps Doc heal – emotionally and professionally – but he soon discovers he’s ill-prepared for Leech’s re-entry into his life... 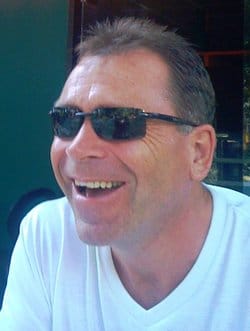 I love writing and I love reading, especially crime thrillers. Everything from psychological suspense to standard whodunnits, I enjoy them all.

Publishing my novels in eBook format prompted me to set up a website dedicated to novels and movies featuring psychopaths. You can find it at

If you want to read some backstory, extras and the opening scenes of the screenplay for Remorseless then please visit

I sometimes get asked why I write. Creating fictional characters and setting them running through scenes conjured from your own imagination is exciting – especially when they choose to do stuff you don’t expect or even want them to do!

These characters seem to come to life as I write – so much so that I was genuinely upset when I had to kill off one of my ‘imaginary friends’! I know – it sounds pathetic, but then again Tom Cruise makes millions pretending he’s someone he’s not…