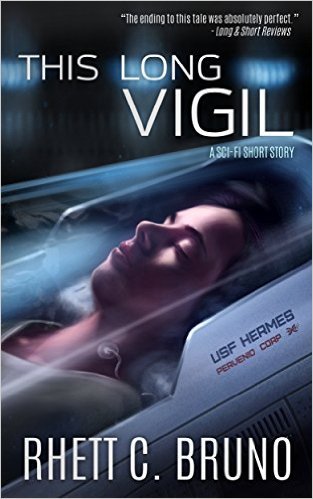 This Long Vigil is a story about Orion.  Orion’s job is to help the AI captain of the spaceship Hermes to tend to the everyday menial tasks.  He can help it with reaching things and just checking in on the other inhabitants of this ship of 1000 people.  Granted Orion is the only one who is awake, while the others are in some for of cryogenic sleep.

Wow, just wow.  This short story was brilliant.  Now I am not speaking hyperbole here, I started and finished this and was left speechless after.  Only being 20 pages would be a huge crutch for most authors, but Bruno not only pulls off a story, he pulls off what I would call a masterpiece.

The main character, Orion, has an incredible arc for such a short story.  He’s totally believable as a character and is incredibly likable.  It’s pretty much impossible to write a review of this without giving up anything — just know, this book is worth 1/4th the cost of your typical latte.

Sometimes short stories feel like they’re missing something, whether it be more pages or just better character development.  This story was perfect at its length.  Bruno probably could have written a novella and I would have quickly finished that too, but a full novel with JUST  these characters would be a little too much.

A good short story is hard to come by.  A great one is like winning the lottery, it just doesn’t happen that often.  Rhett C. Bruno will definitely be added to my list of authors to read.

After twenty-five years serving as the lone human Monitor of the Interstellar Ark, Hermes, Orion is scheduled to be placed back in his hibernation chamber with the other members of the crew. Knowing that he will die there and be replaced before the ship’s voyage is over, he decides that he won’t accept that fate. Whatever it takes he will escape Hermes and see space again, even if it means defying the regulations of his only friend -- the ship-wide artificial intelligence known as Dan.

Also by this author: Titanborn, The Collector, The Luna Missile Crisis 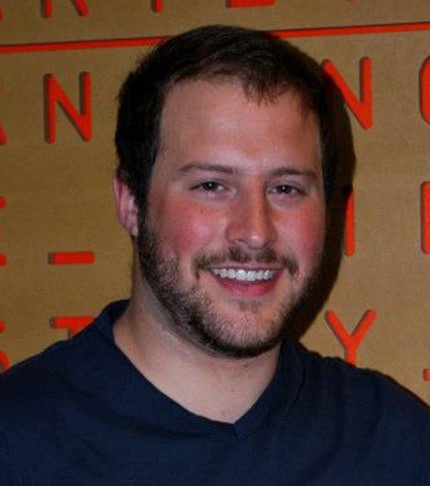 He has been writing since he can remember, scribbling down what he thought were epic short stories when he was young to show to his parents. When he reached high school he decided to take that a step further and write the “Isinda Trilogy”. After the encouragement of his favorite English teacher he decided to self-publish the “Isinda Trilogy” so that the people closest to him could enjoy his early work.

While studying architecture Rhett continued to write as much as he could, but finding the time during the brutal curriculum proved difficult. It wasn’t until he was a senior that he decided to finally pursue his passion for Science Fiction. After rededicating himself to reading works of the Science Fiction author’s he always loved, (Frank Herbert, Timothy Zahn, Heinlein, etc.) he began writing “The Circuit: Executor Rising”, The first part of what he hopes will be a successful Adult Science Fiction Series.

Since then Rhett has been hired by an Architecture firm in Mount Kisco, NY. But that hasn’t stopped him from continuing to work on “The Circuit” and all of the other stories bouncing around in his head. He is also currently studying at the New School to earn a Certificate in Screenwriting in the hopes of one day writing for TV or Video Games.