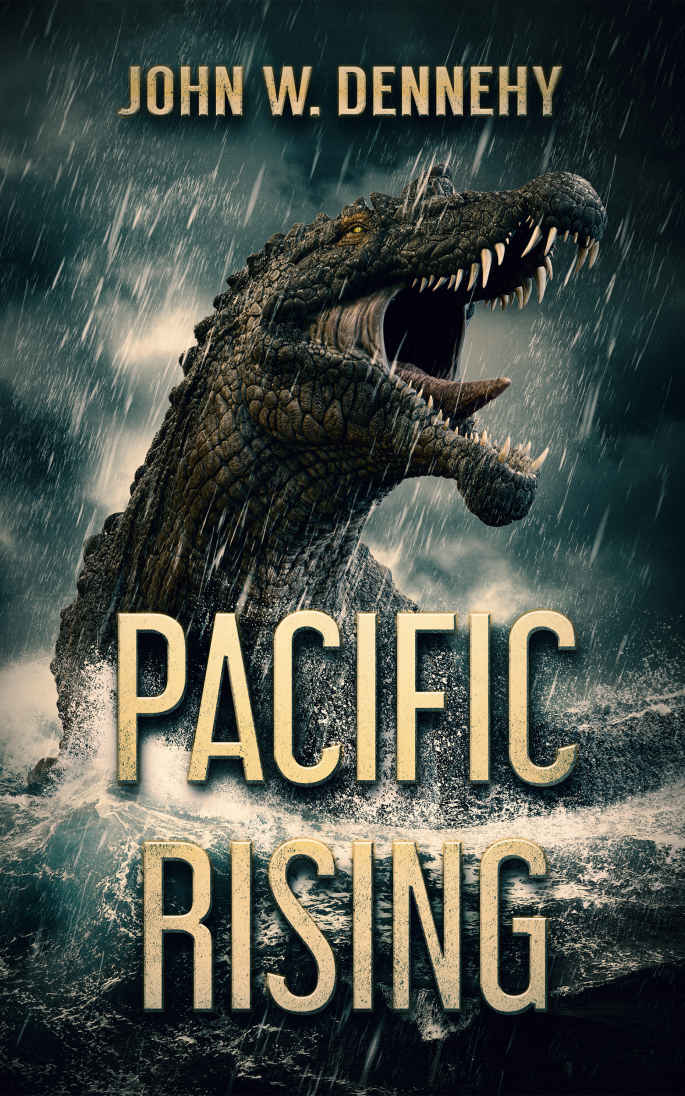 Pacific Rising cuts back and forth between being a full-on Kaiju story to being a military thriller.  There’s a lot going on and it flips back and forth quite a bit.  But as the story progresses the two clash and you get a fast-paced Kaiju/Military Thriller that was a blast to read.

Dennehy is one of those authors who can write 30 pages or 300 and I want to read them.  They are filled with intrigue, action, and suspense — as an avid reader I’m usually able to predict books pretty quickly and with Pacific Rising (and Dennehy’s other books) I’ve been surprised every time.

Pacific Rising was released by one of my favorite publishers right now: Severed Press. If you’re normally a Severed Press fan, this book won’t be a let down for you.  If you like Military Thrillers and/or Kaiju stories this felt a bit different from the norm but was still really enjoyable.

The plot seemed to revolve around three main points, one military, one personal, and one Kaiju. I liked the back and forth and it really helped to turn an “oh no, it’s another Kaiju story” into a real thought out novel.

About two-thirds into the book it really started to pick up and the last third is just an absolute sprint where a lot is going on at once and the reader is bombarded from every side (similar to what I assumed being chased by a Kaiju would feel like).

Overall, I really enjoyed this book. I don’t spend the time to read non-audiobooks anymore, but when I saw that Dennehy had a release on Severed Press, I had to jump on it.

A hurricane brews in the Pacific, grounding all military aircraft. The storm awakens an ancient predator from a decades-long slumber, a Kaiju bent on ravaging Tokyo. Storm conditions and a treaty banning nuclear weapons hinder offensive capabilities. A Joint Task Force turn to U.S. Marine fighter pilots and Master Gunnery Sergeant James Penton to tackle the monster. Meanwhile, a Navy SEAL operation is underway in North Korea, with a mission to disable an old Soviet missile. After conventional weapons fail to stymie the destructive beast, leaders turn to Penton as a last-ditch effort to thwart the Kaiju, and prevent further death and devastation. Will the Marines prevail, or become victims of the creature?

Pacific Rising is an action-packed thriller with a rare behind the scenes look at the ordnance that fuels modern aerial warfare.

John W. Dennehy is a writer of Thrillers, Horror, and Suspense. His novel Clockwork Universe is out now, and Pacific Rising is planned for release in 2017.

John grew up on a lake in New Hampshire. After graduating from Pinkerton Academy, he served in the U.S. Marines. Then, he studied Creative Writing/English at UNC Wilmington and law at Suffolk University Law School. He served as a Partner in a Boston law firm. He lives in New England.

One thought on “Pacific Rising by John W. Dennehy”