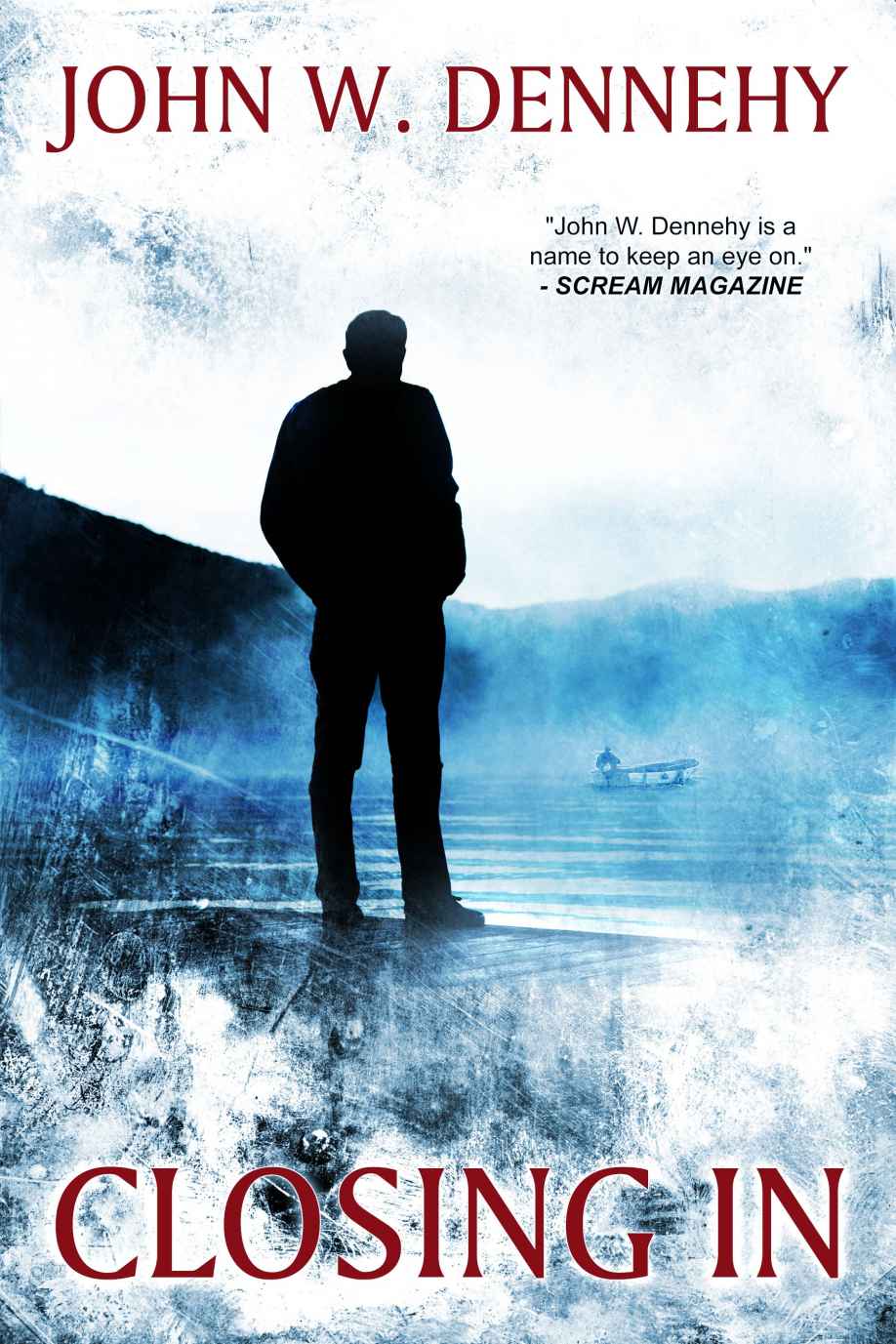 Dennehy Is A Masterful Storyteller

Closing in tells the story of someone on the brink of losing their mind. Or maybe he lost it already? It’s a short read that I thoroughly enjoyed.

I’m a sucker for a short story, especially from someone as talented as Dennehy. He can craft a story in a few pages that a lot of people can’t do in 300. This one was no different. I was given the heebie-jeebies reading this late one night and I loved every minute of it.

Living somewhere that it snows a lot, I could imagine some of the scenery and imagery that he wrote about and being scared of the dark on some nights made this book a fun one to read. I found myself looking all around after finishing.

The story also has a really different and slightly unexpected subplot that is touched on when the main character passes out. I won’t go into too much detail, but it could easily have sparked a full-length book.

A down and out middle-aged man with a haunted past retreats to a remote family lake house. Separated from his family, Chase struggles with bouts of drinking, and a snow storm leaves him isolated and alone. He is forced to cope with happenings in the cottage, pondering whether the occurrences are real or imagined. Will he overcome the past, or become another tragic victim?

This is a Novelette length work of approximately 22-35 pages.

John W. Dennehy is a writer of Horror & Suspense. He has three books under contract with a publisher that will be out soon.