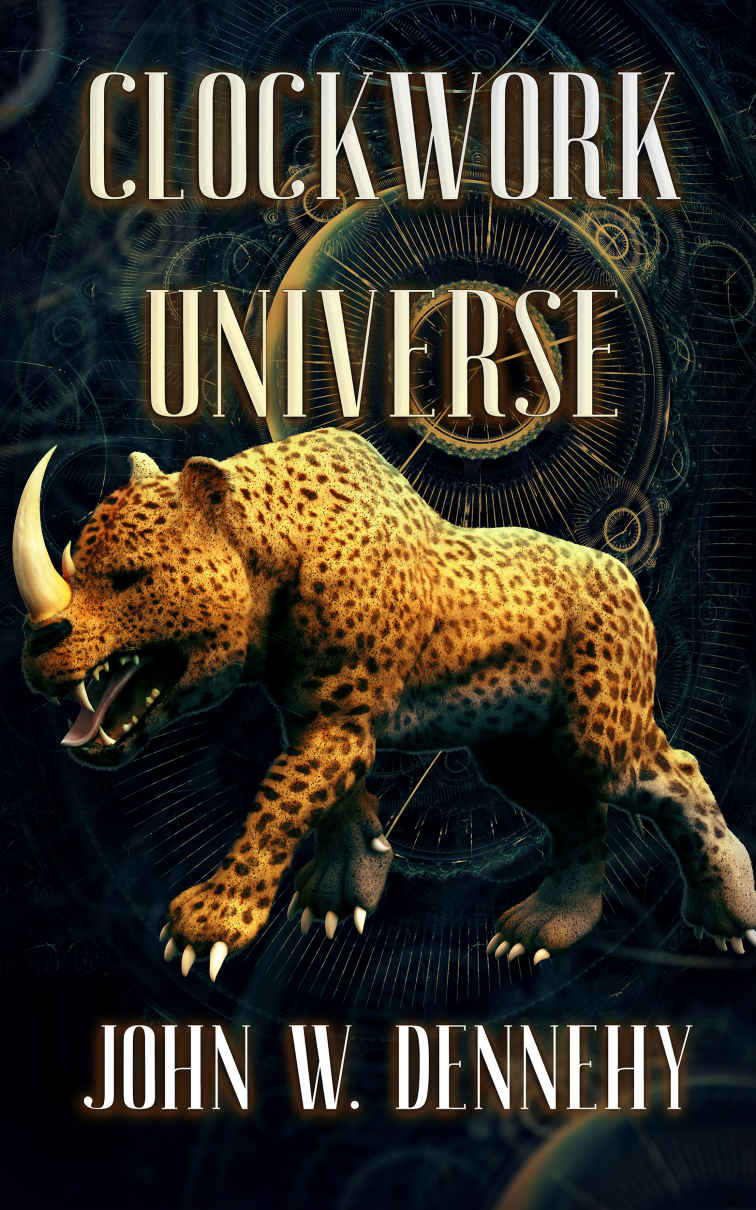 I have to start my review by stating that I haven’t really ever been a fan of steampunk.  Now, that doesn’t mean that I hate it, I just never really was interested in it.  So, when I saw what this book was about, I was hesitant at first.  But, Dennehy put me at ease almost right from the gate.  The way that Kevin was introduced to this “new” world really eased me into the steampunk-ness of it all.

Clockwork Universe didn’t take long to get started, and from the very beginning, it was full of action and adventure.  There were nights where I just wanted to go to sleep, but I had to read a few more pages to figure out what was going to happen.

The combination of the environment, the animal that they were hunting, and the hunters made this book for me.  That mixed with Kevin and his modern reactions to an alternate/non-modern environment kept me interested throughout.

I won’t ruin anything for anyone (I’ve been trying not to for this book, but it’s difficult) — but the ending made my heart happy.  There are times where you are pretty sure you know how a book is going to end.  But, when they do a quick change on the reader it’s always a surprise. Thankfully this time it was a happy surprise (in my opinion).

This was my first book from John W. Dennehy and I hope that I will be reading more in the future. Especially from Severed Press.  That publishing group really knows what they are doing.  I only wish they had more books available in audiobook format.

Ferocious beasts wreak havoc in an alternate Victorian world. An enhanced mix of Leopard and Rhino, the predators are impervious to conventional weapons. Death follows their every tread. British big game hunters are dispatched to Boston with orders to take the creatures down.

Now, young Kevin Barnes mysteriously travels from his cushy modern world into a Steampunk universe- where clockwork controls the cosmos. Kevin finds himself joining the hunters and a stoic debutant in the chase. Will Kevin measure up and defeat the Rhino-pards, or become another victim?

John W. Dennehy is a writer of Horror & Suspense. He has three books under contract with a publisher that will be out soon.