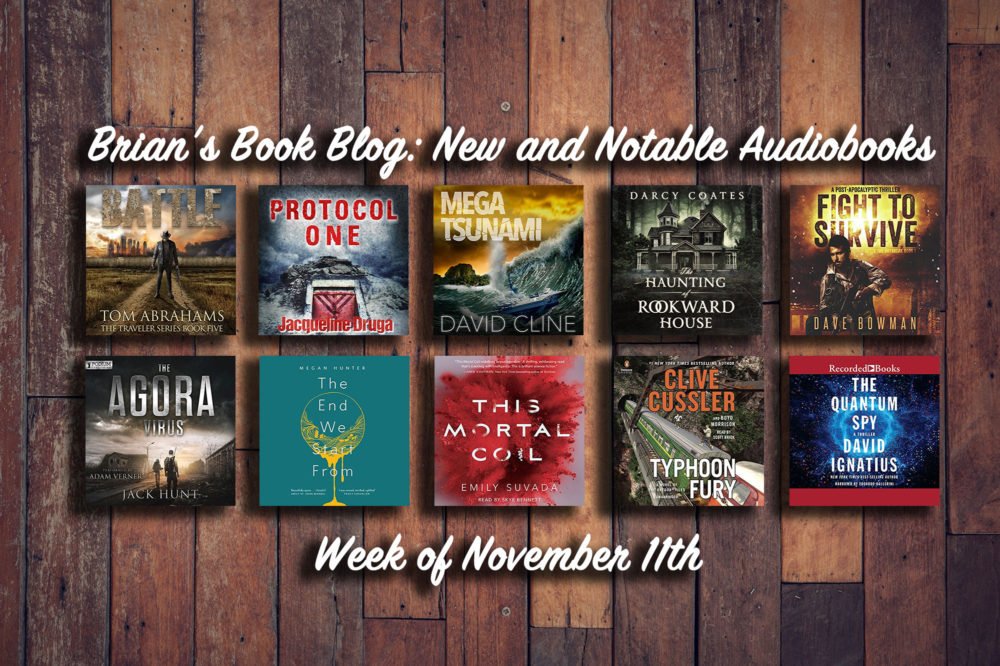 Looking for a new audiobook to read? Look no further than my weekly New and Notable Posts on Brian’s Book Blog featuring the newest Post-Apocalyptic, Sci-Fi, Thrillers, and more. 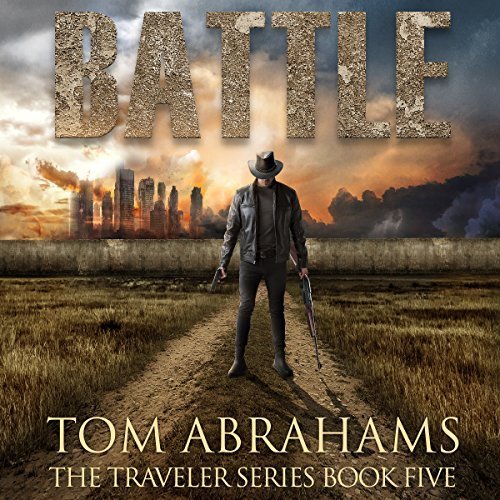 Marcus Battle is a wanted man. No matter where he goes or what he does, he can’t escape those who aim to kill him.

But as he fights off one would-be vigilante after another, a new threat emerges. It’s a threat worse than the viral Scourge which plunged his world into a dystopian nightmare and it could give rise to second apocalypse.

Can Marcus fend off the coming attacks or will he finally fall prey to an enemy he won’t see coming?

Protocol One by Jacqueline Druga
Narrated by Mark Sando

On the eve of an extinction-level event, Anna Jenner’s survival is almost assured. All she has to do is travel with her son from Midland, Texas to the designated safe zone out east, picking up selected essential personnel on her journey. Her job is to lead and bring the chosen few to the sanctuary. A comet is on a direct collision course for earth. Its impact will bring global devastation.

Anna and the others will be the ones to rise from the ashes when the dust settles. Everything is set. But along the way, chaos over the nearing event ensues, and while crossing a panic-filled country, Anna makes decisions that impact the long-term plan.

She is human. Unable to refuse those who ask for help, Anna opens the door to strangers in her own small attempt to preserve humanity. The meticulously drawn-out long-term plan is out the window.

Not only must Anna prove to everyone that her choices were the correct ones, she must try to maintain balance in an emotionally difficult situation.

Unfortunately, it is not easy for her. In the days and weeks following the event, everything in the bunker must be rethought, recalculated, and unfortunately, heartbreaking decisions must be made. 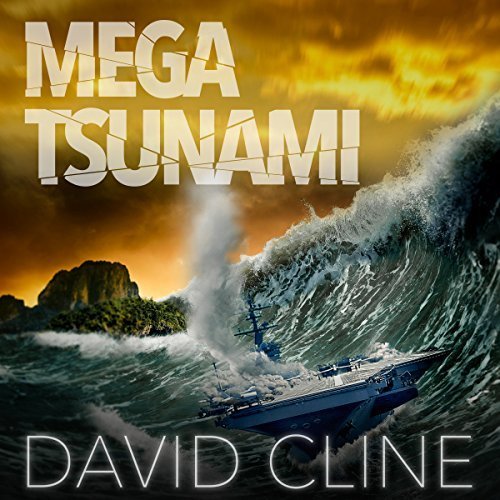 In 1958, a wave of water towering over 1700 feet high killed some local fisherman in a remote section of Alaska and caused a new word to be added to dictionaries across the world. Mega-tsunami. After some comprehensive research, scientists discovered that the physics-defying wave was caused by an earthquake.

When a group of hikers trying to descend Sandthrax Canyon in southern Utah experience a series of unusual earthquakes, they have no idea their journey will lead them around the globe as they track down the origin and purpose of these geological anomalies. What they discover, unless they can stop it, will alter the face of the entire world forever. 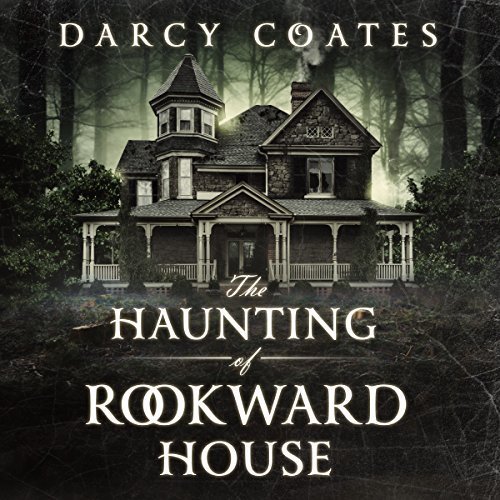 When Guy finds the deeds to a house in his mother’s attic, it seems like an incredible stroke of luck. Sure, the building hasn’t been inhabited in 40 years and vines strangle the age-stained walls, but Guy is convinced he can clean it up and sell it. He’d be crazy to turn down free money. Right?

The house is hours from any other habitation, and Guy can’t get phone reception in the old building. He decides to camp there while he does repairs. Surely nothing too bad can happen in the space of a week.

But there’s a reason no one lives in Rookward House, and the dilapidated rooms aren’t as empty as they seem….

A deranged woman tormented a family in Rookward 40 years before. Now her ghost clings to the building like rot. She’s bitter, obsessive, and jealous…and once Guy has moved into her house, she has no intention of ever letting him leave.http://amzn.to/2ACi1Ma 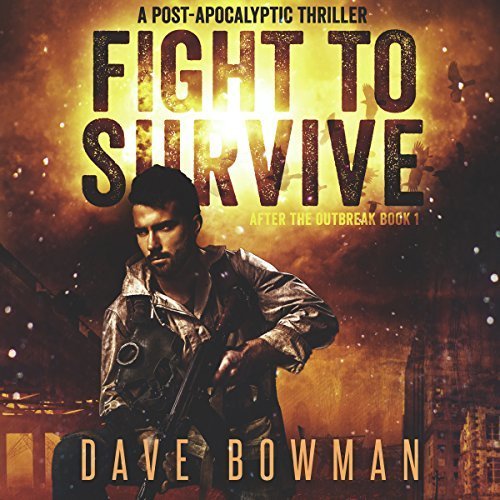 Fight to Survive by Dave Bowman
Narrated by Andrew Tell

Could you push past your limits to survive the apocalypse?

After the deadliest virus known to man, law and order have collapsed. The surviving few are left to find their way among the ashes of civilization. Chaos reigns.

What if your preparations weren’t enough?

Nick thought he was ready. He has a lodge in the mountains in New Mexico, packed full of supplies and ammo. He thought he could protect his family, but the virus took them anyway. Soon, he finds others that rely on him. With everything lost, can he find the strength in himself to go on?

Could you face your greatest fears?

Liz is trapped in Albuquerque. A dangerous battle rages around her, and she doesn’t have long to live if she stays. The only way out is through the mountains, and there’s only one man who can take her. But can she put her faith in a stranger’s promise?

Only a few survived the outbreak, but that was just the beginning. Now they’ll have to fight harder than ever to stay alive.

Fight to Survive is book one in a post-apocalyptic thriller series about people pushing past their limits as they try to survive the end of the world. 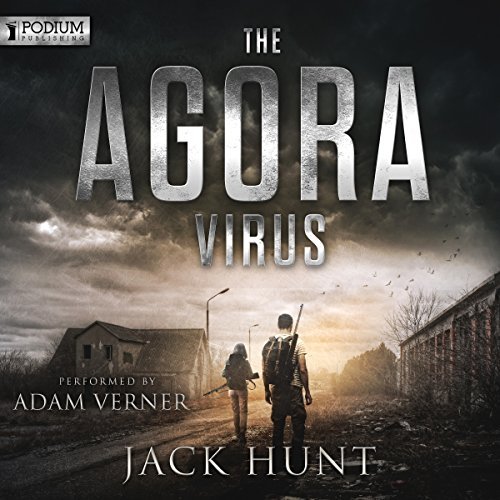 The Agora Virus by Jack Hunt
Narrated by Adam Verner

For reclusive germophobe, Frank Talbot, dealing with his crippling fear of contamination and germs has always been a challenge, but now he may have no choice.

After a mysterious outbreak of a highly lethal virus ravages the globe and hundreds succumb to the contagious illness, the US government instigates a cordon sanitaire in major cities to contain it from spreading rapidly around the nation.

At the onset of the epidemic, his ex-wife, Kate, an epidemiologist for the CDC, warns Frank and their daughter, Ella, to prepare for the worst. The only hope of survival is retreating to their cottage on one of the isolated islands in the St. Lawrence River.

Desperation breeds anxiety. Their survival depends on fighting back and they’re determined to survive. 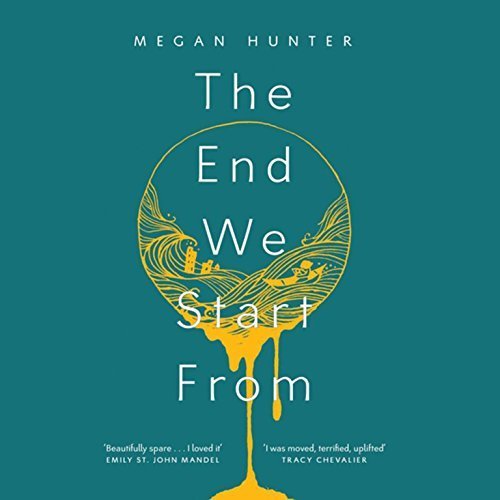 As London is submerged below flood waters, a woman gives birth to her first child, Z. Days later, she and her baby are forced to leave their home in search of safety. They head north through a newly dangerous country seeking refuge from place to place, shelter to shelter, to a desolate island and back again. The story traces fear and wonder, as the baby’s small fists grasp at the first colors he sees, as he grows and stretches, thriving and content against all the odds.

Written with poise and poeticism, The End We Start From is an indelible and elemental first book – a lyrical vision of the strangeness and beauty of new motherhood, and a portentous tale of endurance in the face of ungovernable change. 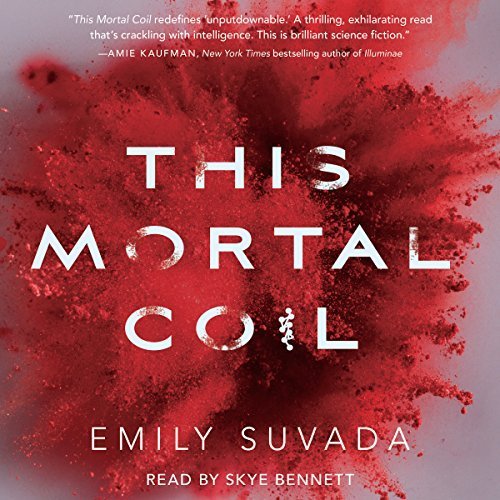 This Mortal Coil by Emily Suvada
Narrated by Skye Bennett

In this gripping debut novel, 17-year-old Cat must use her gene-hacking skills to decode her late father’s message concealing a vaccine to a horrifying plague.

Catarina Agatta is a hacker. She can cripple mainframes and crash through firewalls, but that’s not what makes her special. In Cat’s world, people are implanted with technology to recode their DNA, allowing them to change their bodies in any way they want. And Cat happens to be a gene-hacking genius.

That’s no surprise, since Cat’s father is Dr. Lachlan Agatta, a legendary geneticist who may be the last hope for defeating a plague that has brought humanity to the brink of extinction. But during the outbreak, Lachlan was kidnapped by a shadowy organization called Cartaxus, leaving Cat to survive the last two years on her own.

When a Cartaxus soldier, Cole, arrives with news that her father has been killed, Cat’s instincts tell her it’s just another Cartaxus lie. But Cole also brings a message: Before Lachlan died, he managed to create a vaccine, and Cole needs Cat’s help to release it and save the human race.

Now Cat must decide whom she can trust: The soldier with secrets of his own? The father who made her promise to hide from Cartaxus at all costs? In a world where nature itself can be rewritten, how much can she even trust herself? 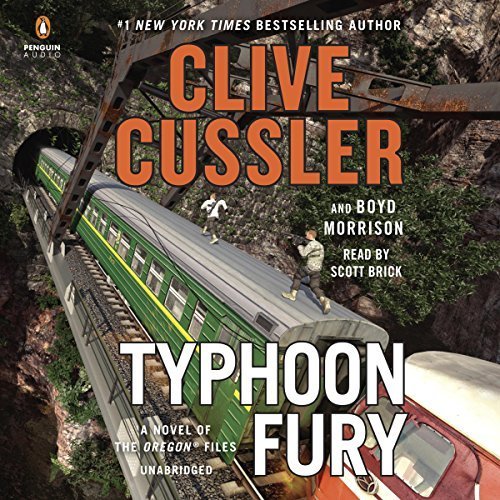 Juan Cabrillo and the crew of the Oregon sail into a perfect storm of danger to try to stop a new world war, in a thrilling suspense novel from the number one New York Times best-selling grand master of adventure.

Hired to search for a collection of paintings worth half a billion dollars, Juan Cabrillo and the crew of the Oregon soon find themselves in much deeper waters. Not only is the vicious leader of a Filipino insurgency using them to finance his attacks, but he has stumbled upon one of the most lethal secrets of World War II – a Japanese-developed drug, designed, but never used, to turn soldiers into superwarriors. To stop him, the Oregon must take on not only the rebel commander but a South African mercenary intent on getting his own hands on the drug, a massive swarm of torpedo drones targeting the US Navy, an approaching megastorm – and, just possibly, a war that could envelop the entire Asian continent. 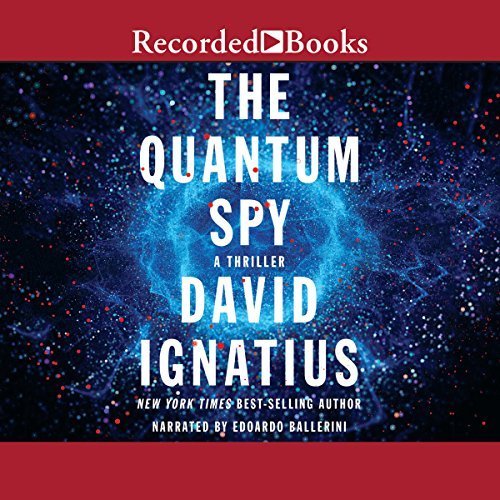 The Quantum Spy by David Ignatius
Narrated by Edoardo Ballerini

The race to build the first quantum computer heats up in the newest high-tech spy thriller from best-selling author David Ignatius.

A hyper-fast quantum computer is the digital equivalent of a nuclear bomb: whoever possesses one will be able to shred any encryption in existence, effectively owning the digital world. The question is: Who will build it first, the United States or China?

The latest of David Ignatius’ timely, sharp-eyed espionage novels follows CIA agent Harris Chang into a quantum research lab compromised by a suspected Chinese informant. The breach provokes a mole hunt that is obsessive, destructive, and – above all – uncertain: Do the leaks expose real secrets, or are they false trails meant to deceive the Chinese? Chang soon finds that there is a thin line between loyalty and betrayal, as the investigation leads him down a rabbit hole as dangerous as it is deep. Grounded in the real-world global charge toward technological dominance, The Quantum Spy presents a sophisticated game of cat and mouse wired to an exhilarating cyber thriller.

May 5th: New and Notable Audiobooks

One thought on “New & Notable Audiobooks Week of November 11th”