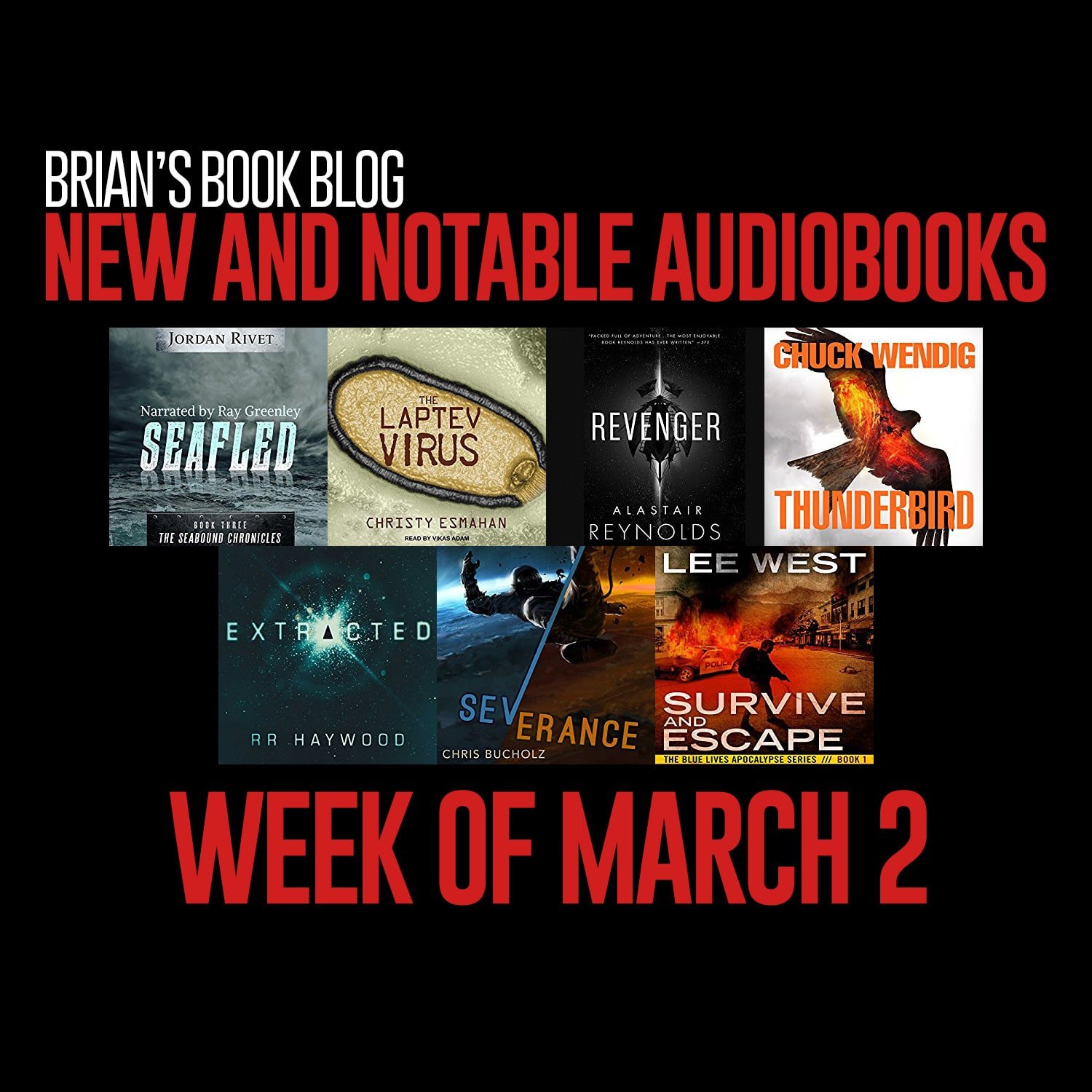 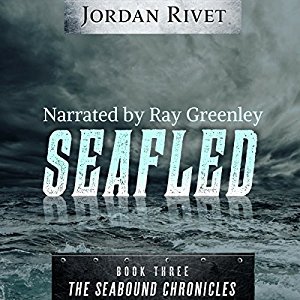 Esther’s seabound world has changed. Her revolutionary energy technology allows ships to sail long distances and has ended the Catalina’s isolation policy. With the changes come new responsibilities for Esther – and new dangers for the people she loves.

After a shocking revelation from a reclusive colony on land, Esther must embark on one final rescue mission. Old enemies surface on the voyage, but Esther won’t anticipate her biggest threat. She might not like the answers she finds on the ravaged coast.

Land is waiting. Can she survive it?

Listen to the epic conclusion to the Seabound Chronicles! 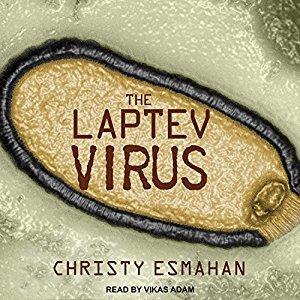 The Laptev Virus by Christy Esmahan
Narrated by Vikas Adam

Once thought to be pure academic legend, scientists recently found proof of the existence of viruses thousands of times larger than ordinary viruses. So far all have been innocuous, but what if one was a human pathogen? While drilling for oil in the desolate reaches of the Arctic, an unsuspecting company extracts a permafrost ice core that has been frozen for 30,000 years, accidentally releasing a “megavirus”. Top investigator Sarah Spallanzani and her team must race against the ticking clock of the short Arctic summer to discover a way to protect workers from the virus before competitors drain the basin of its rich resources…and before anyone else succumbs to the deadly fever of the Laptev virus. 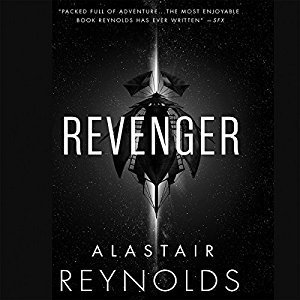 A superb science fiction adventure set in the rubble of a ruined universe, this is a deep space heist story of kidnap, betrayal, alien artifacts, and revenge.

The galaxy has seen great empires rise and fall. Planets have shattered and been remade. Among the ruins of alien civilizations, building our own from the rubble, humanity still thrives.

And there are vast fortunes to be made, if you know where to find them….

Captain Rackamore and his crew do. It’s their business to find the tiny, enigmatic worlds that have been hidden away, booby-trapped, surrounded by layers of protection – and to crack them open for the ancient relics and barely remembered technologies inside. But while they ply their risky trade with integrity, not everyone is so scrupulous.

Adrana and Fura Ness are the newest members of Rackamore’s crew, signed on to save their family from bankruptcy. Only Rackamore has enemies, and there might be more waiting for them in space than adventure and fortune: the fabled and feared Bosa Sennen in particular.

Revenger is a science fiction adventure story set in the rubble of our solar system in the dark, distant future – a tale of space pirates, buried treasure, and phantom weapons, of unspeakable hazards and single-minded heroism…and of vengeance. 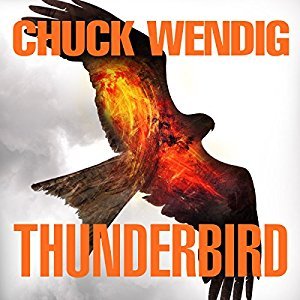 In the fourth installment of the Miriam Black series, Miriam heads to the Southwest in search of another psychic who may be able to help her understand her curse but instead finds a cult of domestic terrorists and the worst vision of death she’s had yet.

Miriam is becoming addicted to seeing her death visions, but she is also trying out something new: hope. She is in search of another psychic who can help her with her curse but instead finds a group of domestic terrorists in her deadliest vision to date. 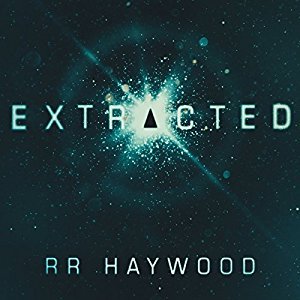 In 2061 a young scientist invents a time machine to fix a tragedy in his past. But his good intentions turn catastrophic when an early test reveals something unexpected: the end of the world.

Safa Patel is an elite police officer, on duty when Downing Street comes under terrorist attack. As armed men storm through the breach, she dispatches them all.

‘Mad’ Harry Madden is a legend of the Second World War. Not only did he complete an impossible mission – to plant charges on a heavily defended submarine base – but he also escaped with his life.

Ben Ryder is just an insurance investigator. But as a young man, he witnessed a gang assaulting a woman and her child. He went to their rescue and killed all five.

Can these three heroes, extracted from their timelines at the point of death, save the world? 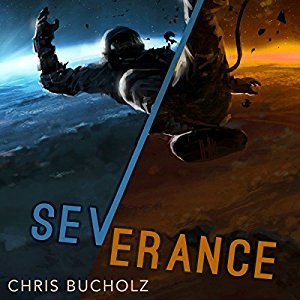 To Laura Stein, they’re morons and, other than a small handful of friends, she’d rather spend time with her meat plant than with any of her fellow passengers. But when one of her subordinates is murdered while out on a job, Laura takes it as her responsibility to find out what happened. She expects to find a personal grudge or a drug deal gone wrong, but instead stumbles upon a conspiracy that could tear the ship in two.

Labelled a terrorist and used as a pawn in the ultimate struggle for control, Laura, with help from her friend Bruce and clues left by a geneticist from the past, digs deep into the inner working of the ship, shimmying her way through ductwork, rallying the begrudged passengers to rise up and fight, and peeking into an unsavory past to learn the truth and save their future. 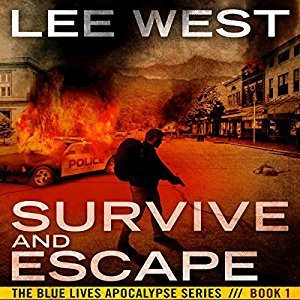 Sam and Jane Archer walk out of a backcountry hiking trip into a living nightmare. Their car is vandalized and dead, along with every other vehicle in the trailhead parking lot. Unable to get a cell phone signal, and spooked by a threatening encounter – they resign themselves to a long hike home, suspecting a possible EMP attack against the United States.

What they discover along the way shakes them to the core!

The electrical grid has been down for two weeks, plunging the world as they once knew it into complete chaos. Citizens live in helpless terror of violent gangs, who have declared war on the police and claimed all essential resources for themselves.

Little hope remains, as Jane, a local police officer, and her husband Sam, a military veteran, start the harrowing journey home to save their only daughter Lea – before she is consumed by the madness.