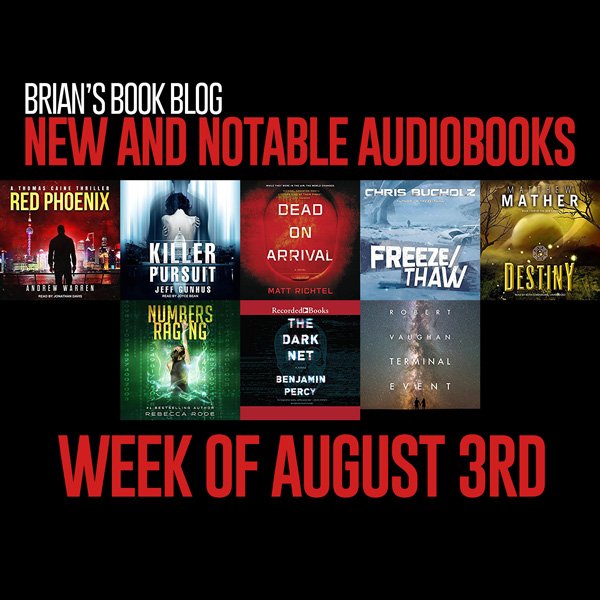 Here are the books that were released the week of August 3rd that I think are new and notable including books from Andrew Warren, Matthew Mather, and Rebecca Rode.  Featuring Narrations by Stacey Glemboski, Keith Szarabajka, and Jonathan Davis. 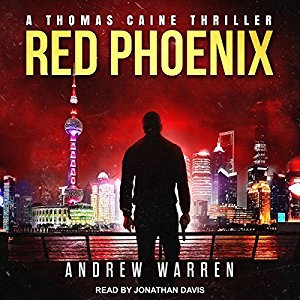 Thomas Caine has vengeance in his sights.

He has finally tracked down the corrupt CIA director who framed him as a traitor. The man responsible for all his pain and suffering… The man who had his partner killed. But the cost of revenge may prove too high. His target reveals that Caine’s partner had a son, now a young man, named Sean. And Sean is in terrible danger.

To save him, Caine will have to journey through the cities and villages of the most populous country on the planet: The People’s Republic of China. There, he and Sean find themselves tangled in a dangerous conspiracy. A deadly double agent is stalking them both from the shadows. Their identity is unknown. Their motives are unclear. And their methods are one hundred percent lethal.

They are known only by their code name: Red Phoenix.

Can Thomas Caine unravel the identity of this mysterious assassin, before they strike their killing blow? 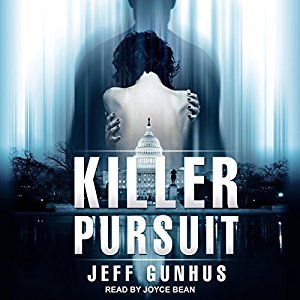 When a high-society call girl is murdered in her Georgetown home, investigators find two cameras hidden in the walls of her bedroom. One has its memory erased, presumably by the murderer. The second is connected to the Internet through an encrypted connection…and no-one knows who’s on the other end.

Special Agent Allison McNeil is asked by beleaguered FBI Director Clarence Mason to run an off-the-record investigation of the murder because of the murder’s similarity to a case she worked a year earlier. Allison knows the most direct path to apprehending the killer is to find the videos, but the rumors that the victim’s client list may have included Mason’s political enemies has her worried about the director’s motives. As she starts her investigation, she quickly discovers that she’s not the only one pursuing the videos. In fact, the most aggressive person racing against her might be the murderer himself. 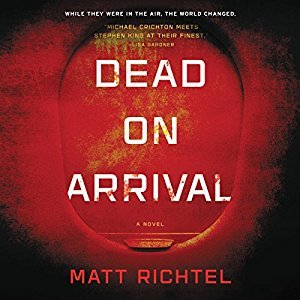 Dead on Arrival: A Novel by Matt Richtel
Narrated by Jonathan Yen

SOMETHING LETHAL AWAITS OUTSIDE.

THIS IS DEAD ON ARRIVAL.

An airplane touches down at a desolate airport in a remote Colorado ski town. Shortly after landing, Dr. Lyle Martin, a world-class infectious disease specialist, is brusquely awakened to shocking news: Everyone not on the plane appears to be dead. The world has gone dark. While they were in the air, a lethal new kind of virus surfaced, threatening mankind’s survival, and now Martin—one of the most sought-after virologists on the planet until his career took a precipitous slide—is at the center of the investigation.

Moving at lightning pace from the snowbound Rockies to the secret campus of Google X, where unlimited budgets may be producing wonders beyond our capacity to control, Dead on Arrival is a brilliantly imaginative, intricately plotted thriller that draws on Matt Richtel’s years of science and technology reporting for the New York Times, and establishes him as one of the premier thriller writers working today. 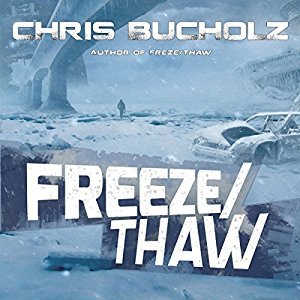 Freeze/Thaw by Chris Bucholz
Narrated by Marlin May

The Earth is icing over and no one knows how to shut the Shade off. Every attempt in the last thirty years has failed and humanity is nearly out of options if they want to regain a world that isn’t covered in snow and ice. Gabe Alfil may be the only person alive with enough expertise in quantum computing to solve the problem, but a hiking accident a decade earlier has left him paralyzed, and the key to saving the world requires a dangerous trek across a frozen wasteland.

Between chases across the icy landscape, kidnapping attempts, and computer hijacking, Gabe quickly realizes that not everyone wants to save the world.

Can anybody be trusted? 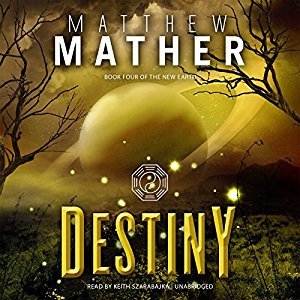 As the Earth plunges toward Saturn, Jessica struggles to decide whether to save the ones she loves, or save the human race. 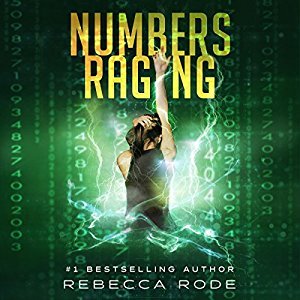 THE THRILLING CONCLUSION IS HERE.

It’s been ten weeks since Treena returned to NORA. The council has rejected her war preparations at every turn and Dresden is backpedaling on his promises. Treena’s secret followers push her to unseat Dresden and take control—something she refuses to consider now with NORA on the brink of war.

Vance has his own set of troubles. Drought has made his settlement’s future bleak and infighting has begun. Joining NORA seems inevitable, but Vance refuses to give in—not if it means putting his younger sisters and his people in danger. Then Treena asks him to join her at the peace convention overseas, forcing Vance to choose between his responsibilities and his heart.

Finally together, Treena and Vance must navigate the political undercurrents of a strange new country, stay together despite their enemies’ determination to tear them apart, and convince an indifferent world to help them fight the most powerful and deadly foe they’ve faced yet. 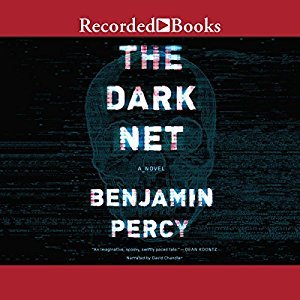 The Dark Net by Benjamin Percy
Narrated by David Chandler

Hell on earth is only one click of a mouse away…

The Dark Net is real. An anonymous and often criminal arena that exists in the secret far reaches of the Web, some use it to manage Bitcoins, pirate movies and music, or traffic in drugs and stolen goods. And now an ancient darkness is gathering there as well. This force is threatening to spread virally into the real world unless it can be stopped by members of a ragtag crew:

Twelve-year-old Hannah — who has been fitted with the Mirage, a high-tech visual prosthetic to combat her blindness– wonders why she sees shadows surrounding some people.

Lela, a technophobic journalist, has stumbled upon a story nobody wants her to uncover.

Mike Juniper, a one-time child evangelist who suffers from personal and literal demons, has an arsenal of weapons stored in the basement of the homeless shelter he runs.

And Derek, a hacker with a cause, believes himself a soldier of the Internet, part of a cyber army akin to Anonymous.

They have no idea what the Dark Net really contains.

Set in present-day Portland, The Dark Net is a cracked-mirror version of the digital nightmare we already live in, a timely and wildly imaginative techno-thriller about the evil that lurks in real and virtual spaces, and the power of a united few to fight back

An Antarctic research team discovers a perfectly machined gold canister, 2500 feet below the surface of the ice. There are strange, and unrecognizable markings on the canister. How did it get there, and where did it come from? It is sent back to a research center in the U.S. where it is opened in an environmentally controlled room. Inside are six human embryos, and even more shocking is the discovery that the embryos are viable. Should they be brought to term? Terminal Event tells the intriguing story of who the embryos are, where they came from, and how they spent 100 million years waiting to be discovered.