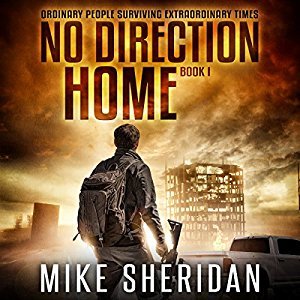 It Fell A Bit Short For Me

Sometimes a book feels like everything is too easy — that’s how I would describe the story in this.  Everything seemed to come a little too easy for all of the characters. While in general, I want everyone to succeed. This isn’t always the way that things go, especially after a major pandemic that wiped out 90% of the population.

Sheridan wrote a story about different kinds of ‘normal’ people surviving in extraordinary circumstances.  I understand that he got to pick exactly who he wanted to write about, but each person was perfectly set up to do well in the new world.  Sometimes you just want to see someone struggle, even for a few moments.

The story itself after I got about 50% of the way through it flew to the end.  That’s because this didn’t really have a proper ending either.  It just kind of ended (what felt like mid sentence) . I completely understand that this is billed as book one in a series but sometimes you need to have more of a completion of the story that I just read.  I always feel a little gipped when things just start to get good and the author writes “continued in the next book”.  The last book I remember this happening in was the Redfall series.  The story started to get really good and it just ended.  No Direction Home did the same thing. Right as I was started to really dig in and enjoy myself it ended.

I’m hoping that in the rest of the series that things aren’t as easy for the survivors and that they realize that things are going to get easier as they learn the land and how to survive, but the world isn’t on their side.

A college student in Knoxville. An Irish couple on their dream vacation in Orlando. A bank robber in an Atlanta prison...what do they all have in common?

They are survivors of vPx073, the most deadly virus ever to be unleashed on the planet. One that has brought civilization to a standstill.

Haunted by the tragic death of his Gulf War veteran father, Cody Parsons is a struggling student at UTK when the pandemic hits Knoxville. Soon the sharpshooting skills his father taught him as a fourteen-year-old are put to good use --- especially when an ex-US army combat engineer takes him under his wing.

As food and water runs out, and roving gangs take over the cities, the paths of some very determined survivors are destined to meet...with surprising consequences.

With strong, original characters that jump off the page, this is a fast-paced story that fans of post-apocalyptic survival fiction will appreciate. 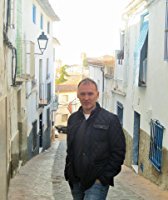 Mike Sheridan is the post-apocalyptic author of the NO DIRECTION HOME and the OUTZONE DRIFTER series. He has worked as a barman, construction worker, New York bicycle messenger and computer programmer and has lived all over the world, including such places as the UK, Ireland, Venezuela, Colombia and the Philippines. Presently he lives in Andalucia, Spain.

3 thoughts on “Audiobook: No Direction Home by Mike Sheridan (Narrated by Kevin Pierce)”