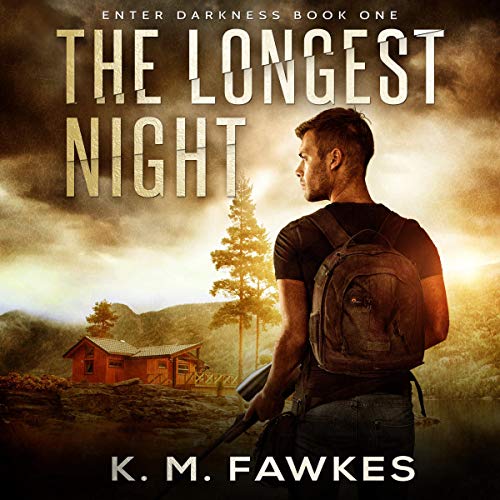 Short And To The Point

So, I don’t get to say this often. And I definitely don’t get to say it in books under 200 pages but the science and the description of the disease/issue was spot on and well thought out. Fawkes was able to, in only a few pages, describe what happened before, during, and after the introduction of the main downfall of our society. It wasn’t overly detailed and there weren’t a hundred pages of life before or life during.  Fawkes basically says “this is what happened, there were some of the issues it caused, and this is society since then” and does it gracefully and enough that I was satisfied.

Most of the story after that introduction follows one man’s attempts at trying to survive.  He starts in a survivor camp but quickly realizes that they’ve basically been left for dead and decides to bug out (obviously very very late) to his dad’s camp. Ironically his dad was one of those “crazy prepper types who thought the world was going to end”.  Of course, there are some scenes where Bradley jokes/talks about how he’s still shocked how his dad was right.

We have the typical bad apples along the way who want to take Bradley’s food and leave him for dead.  We also run into (what I would call) the typical female counterpart for our young and very nice Bradley. What I didn’t expect were some of the scenes after that.  I won’t ruin the surprise, but know that Fawkes doesn’t follow the typical Post-Apocalyptic “meet and we’re instantly in love” or any other trope that you’re used to. There were numerous scenes (including her and others I won’t mention) that genuinely shocked and surprised me.  That doesn’t happen too often in Post-Apocalyptic books anymore.

Overall, The Longest Night was a good start to the story. I don’t say this often, but probably could have been combined with book two to make a slightly normal sized novel – but I’m glad that I got to enjoy this bite-sized PA book quickly.

I believe that I saw that ABW signed on to do more books in this series and I’m glad.  He was able to portray Bradley perfectly. It was one of those perfect voices for the character books.

With humanity on the brink of extinction
They activated the EMP
And now, the world enters darkness

It started with bright lights; a new medical technology, promising to eradicate all human ills. History of blood clots? Cholesterol clogging up the old ticker? There was a nanobot for that. It wasn’t cheap of course, and everyone knew that new technology had bugs in it. But hey, why not let the rich be the guinea pigs for once?

Fast-forward a year, and the one percent began dying en masse. The nanobots had evolved to view ageing as a virus, and were reacting by shutting down the host.

Swathes of the population were infected before the government rolled out a treatment program, in the midst of riots and mass unrest. Meanwhile, the nanomachines spread like wildfire, infecting and killing millions. The remains of the government had no choice but to detonate a series of experimental weapons in the atmosphere, producing an EMP effect which rendered almost all electronic devices on Earth useless.

Bradley is one of the survivors. A former veterinarian, he decides to escape his burning city and trek deep into the Maine wilderness, aiming to find his estranged father’s old lake house.

Remembering lessons learned and long forgotten, Bradley endeavors to survive on his own terms, and be self-sufficient in a new and altogether darker world.

But his struggle has only just begun.

This is the first book in K. M. Fawkes’ Enter Darkness series, a post-apocalyptic EMP series of books.