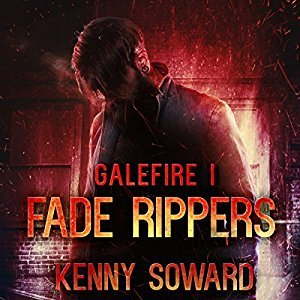 A blast of a book with room to grow

This might be one of the most interesting books I’ve read in a while.  From the very beginning, I wasn’t sure what I was getting myself into, but boy was it a fun book. It’s one of those books that I can’t write the review that I want because it will ruin some of the great story turns that happen in it.

Fade Rippers follows Lonnie, a runner for the Eighth Street gang.  He’s basically not allowed out the normal door of their hideout and feels like he’s being totally wasted where he is.  Suddenly, a phone call comes in that could change his life forever.  The gang was in trouble and are asking him for help. What he finds when he finally gets out to help them will open his eyes to the Eighth Street gang and the people who he thought he knew.

The story revolving around Lonnie was an interesting one, he wasn’t the most likable main character throughout most of the book but he was a funny and enjoyable one to follow around.  I really can’t write much about the story or the story arc that revolves around him, but it genuinely surprised me around every turn.

The story itself was a short one, but it was almost a complete one.  It “finished” but definitely leaves room for a ton more to happen with this story.  I think that by the end of the story, Lonnie really grew on me. His character went through a lot and was able to come out the other side a likable and easier to follow main character.

Overall, Fade Rippers was a story that I normally wouldn’t have read, but I’m really glad that I did.  An enjoyable story with lots of room to grow.  I will definitely be following along eagerly.  I wish that I read more stories like this so that I could compare Kenny Soward to another author, but I can tell you this.  Be on the lookout for Soward.  I’m betting he has a great career as an author.  He has a talent for writing gritty and realistic fantasy stories.

The narration by Scott Aiello was spot on.  He took the grit and vulgarity that Soward wrote into this book and made it easy to digest and incredibly fun to listen along to.

He wields Hell's power. She has a dragon's voice.

Lonnie is a drug runner for the infamous Eighth Street Gang when he gets an urgent phone call to back up his crew after trouble follows them home from a drug deal gone bad.

During the ensuing firefight, Lonnie sees some things he wishes he hadn’t, including the gang’s leader, Selix, channeling her powers from a place called the Fade by getting high and dancing. Memories unravel inside Lonnie’s iced mind. Memories of dragons and fiends and fire-swept otherworlds. Memories Selix controls with a simple touch.

But what is real and what is not?

In the strange and violent world of Galefire, Lonnie comes to realize not everything is as it seems, including his own identity. But will Lonnie and Selix reconcile the past before they are caught by those who seek to drag them home in chains? 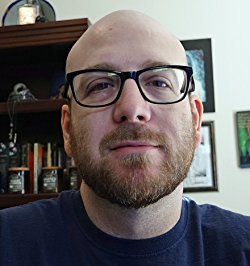 Kenny Soward grew up in Kentucky in a small suburb just south of Cincinnati, Ohio, listening to hard rock and playing outdoors. In those quiet 1970’s streets, he jumped bikes, played Nerf football, and acquired many a childhood scar.

Kenny’s love for books flourished early, a habit passed down to him by his uncles. He burned through his grade school library, reading Stephen King, Neil Gaiman, Clive Barker, C.S. Lewis, and Tolkien. He spent quite a few days in detention for reading in class.

The transition to author was a natural one for Kenny. His sixth grade teacher encouraged him to start a journal, and he later began jotting down pieces of stories, mostly the outcomes of D&D gaming sessions. If you enjoy urban and dark fantasy, paranormal and horror, with brooding, broken characters and fast paced action, you can visit Kenny at www.kennysoward.com.