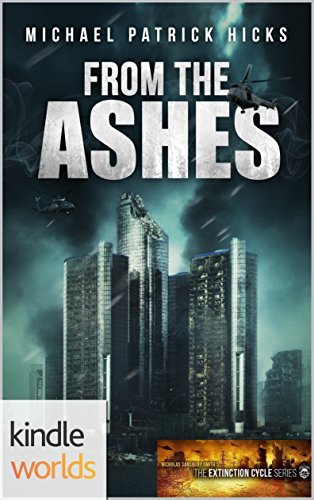 From The Ashes takes place in Detroit after a hemorrhagic virus has taken over and turned any humans that came into contact with it into zombie-like monsters.  I definitely need to go read the original story (stories) in this series to see what more I can gain in this world.  I can tell why Amazon and/or the author wanted to do the Kindle Worlds treatment with this.  There were so many different angles that authors could take when writing in the same world.

Boy, this book is brutal.  There are lots of gory and bloody scenes in it.  But, then again what was I expecting.  It IS a book about zombies and survival.  That’s not always clean and crisp as a white sheet.

Revolver was the first book I read by Hicks’ and it has been one of my favorites of 2016.  This one proves that it wasn’t a one-hit wonder from him.  He is able to put things on the page that make the reader think and feel.  There were times I was actually disgusted by the way things were written.  Not because they were bad, but because I felt like they were happening to a friend of mine.

…for a lot of them, their illness was only the beginning. They got sick, their skin became blotchy with red marks before growing pale and translucent, and they began bleeding from their eyes, ears, nose, and mouth, sometimes right from the pores of their flesh, and their eyes changed. They became something else, and the virus stripped away every last vestige of their humanity, turning them into…he didn’t know what. Animals? Zombies? Some twisted combination of the two?

Seriously, that paragraph.  Just absolutely perfection.   I would look out for Michael Patrick Hicks in years to come.

In an effort to contain the spread of the Hemorrhage Virus, the United States government launched an attack on its nation's cities. Hundreds of thousands of lives, and a number of major cities, were lost in Operation Reaper but the monsters created by the bioengineered virus remained.

A small team of Army Rangers have entered the ruins of Detroit in an effort to save whatever refugees they can, and stop whatever creatures they encounter. In an all-or-nothing gambit, the Rangers will soon discover that in the heart of the Motor City, evil rises from the ashes. 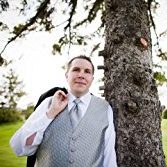 Michael Patrick Hicks is the author of the science fiction novels Convergence, an Amazon Breakthrough Novel Award 2013 Quarter-Finalist, and Emergence. His work has appeared in several anthologies, and he has written for the websites Graphic Novel Reporter and Audiobook Reviewer. In between compulsively buying books and adding titles that he does not have time for to his Netflix queue, he is hard at work on his next story.

To stay up to date on his latest releases, join his newsletter: http://bit.ly/1H8slIg