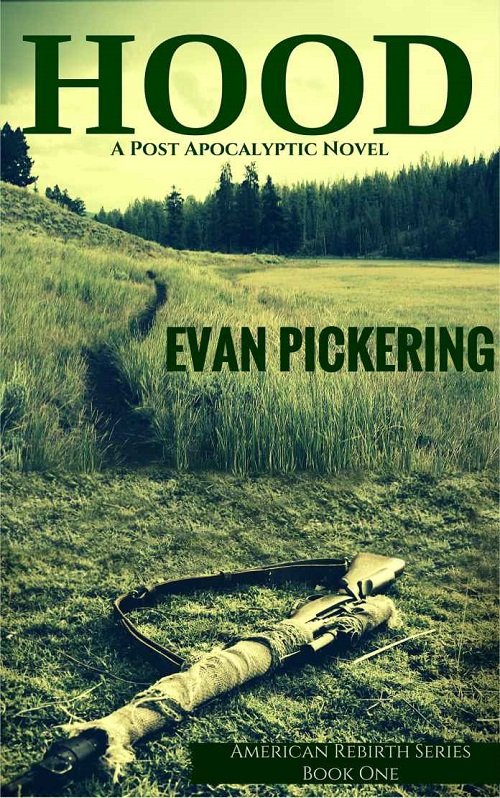 A Coming Of Age Post-Apocalyptic Story

I think one of the biggest shortcomings for new authors is creating characters that jump off the page.  Pickering breaks the mold here with HOOD.  Every character that the reader comes across felt essential and needed to the story.  And it didn’t just stop there.  Every person in the story had a purpose.  They added something, either to the story or to other characters.  That is a rarity among new authors and I’m glad to say that Pickering nailed it.

A “coming of age” type story — there was a lot of parallels that many people could pull from this story.  The world has become an incredibly dark and competitive place (the actual world) and the things that the characters must go through in this story really find common ground in today’s world.  Pickering seems to dance the line between reality and his fiction by placing real world struggles in his fictional world.

I’m a little bummed that this wasn’t on audiobook — I really feel like this is one of those stories that a narrator could really turn into a masterpiece.  A great narrator combined with Pickering writing style — I think this book would sell really well.

This was another book that I could see a movie (or even better, a mini-series) being made from.  There was just so much going on at all times, and so many different ways that the story could have played out that I think that an American audience would love to “witness” it as it was happening.

If you are looking for the next best post-apocalyptic tale to read, look no further than HOOD.  I don’t think you’ll be disappointed.

A Legend is reborn in the American apocalypse.

Hood's life is gone. Student loans, house parties, video games. . .gone. The world has become a place of pure survival. Lucky for him, he's a natural with a gun in his hand. Learning to live with pulling the trigger is something else entirely.

Over two years have passed since the collapse of American civilization. Hidden away in the mid-Atlantic countryside rests the small town of Clearwater, where a group of survivors led by a young marksman called Hood and an ex-cop by the name of Whiskey have found security in obscurity. Raging through the remnants of the northeast, two kings, the Kaiser and the Crusader, fight a bloody war for control of the land.

Hood, Whiskey, and the Clearwater crew survive by stealing just enough from the Kaiser to keep the town going. But they cannot stay hidden away forever. . .

For reasons he doesn't understand, Hood is pulled into a war he wants no part of. A war he cannot stop, a war that puts the lives of those he loves most on the line. Kind-hearted, Idealistic and a goofball at heart, Hood must embrace the stark reality of violence and ruthless survival that defines these new dark ages.

If you loved The Last of Us, I Am Legend, or The Road, you won't want to miss HOOD! 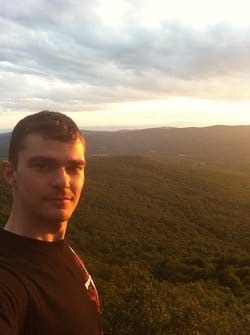 Like so many of you, I am a man obsessed with stories.

From the earliest parts of my youth that I can remember, I yearned for imaginary worlds. I created stories and lived them out in my own footsteps, found myself engrossed in fantasy novels, mystery novels, roleplaying games, television shows, perhaps most of all, history.

The world, to me, was a great story, filled with endless billions of stories, alive and dead, real and imagined. I did not seek to know them all, but only to be enthralled with as many as I could possibly come by.

So when I was 18, and I first attempted creative writing, it suddenly made sense to me that everything else I had been pursuing fell woefully short of something deeper in me. Now, all I want is what many writers want; to share their own stories, to evoke feeling and inspiration and motivation in others.

After all, so many who have come before have done the same for me. I look only to continue the tradition. In my own way.

My first real success stemming from my writing ability happened when I placed 7th in the 76th annual Writer’s Digest Competition for my short story entitled Serenaded. Since then, I’ve published more than 50 articles as a freelance writer but haven’t yet put a novel out to the world until now.

I’ve been a professional poker player for eight years. I’ve backpacked Europe, I’ve biked alone across the northeastern US by myself when I was eighteen. I grew up living on a boat half the year every year. I’ve hung out in grimy side streets and in sprawling mansions and empty parking lots. I’ve read a lot of books, played a lot of video games, I’ve grown up and I’ve stayed young and no matter what I learn and whatever I believe life is in this moment, I’m still searching. I think I always will be.