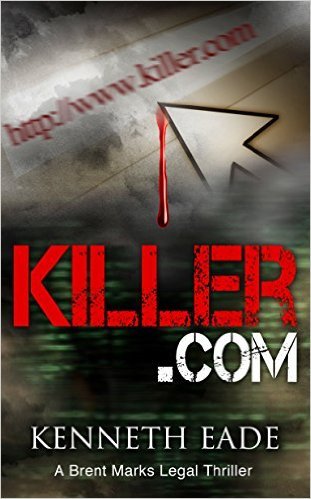 I don’t really like just jumping into a series midway because I feel like I’m going to miss a lot of small details and character development from the other books.  I was offered this book to review, I was a little worried at first but it was written in such a way that you don’t need to know the main character in and out to understand that story and his motives.

This was one of those books where I thought I had things figured out, but I was totally wrong.  It’s nice when as a reader I can be surprised like that — especially with how much fiction I read.  It was definitely a mixture of mystery, thriller and technothriller with a lot of focus on technology.

My favorite part of the whole book was Brent Marks ideology surrounding cyber-bullying.  He was bullied as a child (as was I) and he swore/promised that he wouldn’t allow himself to back down from a bully himself.

The way that the story progressed reminded me of the really good Criminal Minds episodes that I enjoyed so much — trying to figure out the who and the why of the situation.

Overall, this was a quick and enjoyable read from Kenneth Eade, and I may be looking back to some of the other Brent Marks stories now that I’ve finished this one.

What if killing someone was as easy as clicking a button and nobody would ever know?

A mob of anonymous cyber stalkers torments lawyer Brent Marks with defamatory posts on the Internet in this latest installment of the legal thriller series. When Marks sues to enjoin their libelous publication, the stalkers hide behind the immunity of the Communications Decency Act. Then a mysterious anonymous killer for hire arrives, and Brent finds himself on the wrong side of the law. 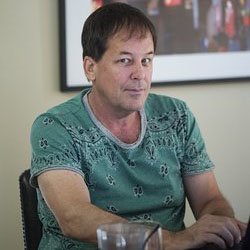 Says Eade of the comparisons, “Readers compare me in style to John Grisham and, although there are some similarities, because John also likes to craft a story around real topics and we are both lawyers, all of my novels are rooted in reality, not fantasy. I use fictional characters and situations to express factual and conceptual issues. Some use the term ‘faction’ to describe this style, and it is present in all my fictional works.”

Eade has written eight novels, which are now in the process of being translated into ten languages. He is known to keep in touch with his readers, offering free books and discounts to all those who sign up at his website, www.kennetheade.com.

One thought on “Killer.com (A Brent Marks Legal Thriller) by Kenneth Eade”