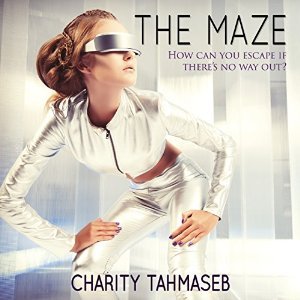 A dystopian tale in three parts

The narration for The Maze was done by Ashley Klanac who does a really nice job narrating these three tales.  Her voice and inflection worked really well with the style that Tahmaseb was going for in these books.  The quality was perfect and I had no issues.

My least favorite story of the three was The Maze, don’t get me wrong — I still enjoyed the story the other two just outshined it in my opinion.  I think if it had some more time to develop and there was some more character development, it could have shined just as bright as the other two stories.

All three stories could have used a little more (that’s the problem with most short stories), but I think that they were better than others I’ve read in the past.  Usually in a short story the author has to pick between the story and the backstory and usually most/all of the backstory gets cut.

I think that overall, these were a great collection of dystopian/sci-fi stories from an author who has nowhere else to go but up!  Check these out if you want fast stories from a new author.

This audiobook was provided by the author, narrator, or publisher at no cost in exchange for an unbiased review courtesy of AudiobookBlast dot com

The Maze: Cadet Eppie Langtry navigates the cold and endless maze as part of the Academy’s final training exercise. Her exploration leads her to a fellow cadet, and their combined curiosity triggers something no one expects–least of all the cadre running the maze.

What Little Remains: In a post-apocalyptic city, Kit ekes out an existence by tending to her rooftop garden. A rift in time brings her a new friend from the past–and something else far more menacing.

Inside Out: When Lexia befriends a girl from outside a luxury spa facility, she starts seeing the cracks in her mother’s disastrous fifth marriage, the world in which she lives, and her own future. 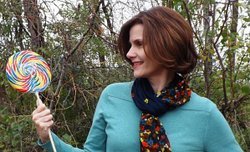 Charity Tahmaseb has slung corn on the cob for Green Giant and jumped out of airplanes (but not at the same time).

She spent twelve years as a Girl Scout and six in the Army; that she wore a green uniform for both may not be a coincidence. These days, she writes fiction (long and short) and works as a technical writer for a software company in St. Paul.

Her novel, The Geek Girl’s Guide to Cheerleading (written with co-author Darcy Vance), is a YALSA 2012 Popular Paperback pick in the Get Your Geek On category.

One thought on “Audiobook: The Maze by Charity Tahmaseb (Read by Ashley Klanac)”