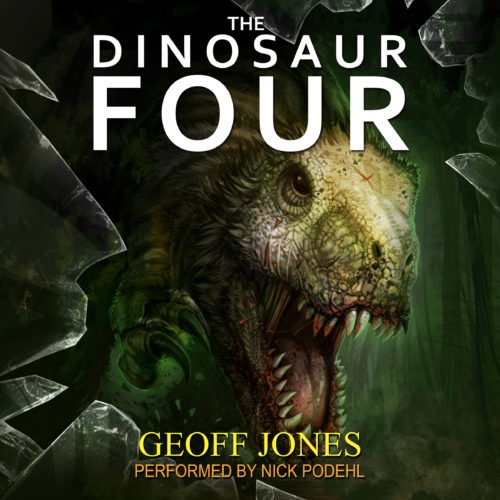 Dinosaur Four Was A Fun Read

This was such a fun and entertaining read. I thoroughly enjoyed it!!

The story follows a group of people who are in a coffee shop and get transported back to the age of the Dinosaurs. Just how and why, is something they have to figure out while trying to survive in a world where everything seems to want to eat you.

The plot of this, while completely unbelievable, was so much fun. Imagine going for coffee only to exit and you are in a different age, one where the animals will stomp on you or eat you! What would you do!! Well, we find this out when a group of strangers gets transported to an age with Dinos. They have to work together to get answers, but also to get food etc.

The characters were all well written. There is one particular character that I disliked, but that’s the way the author wrote him. He was creepy and gave me chills! Each of the characters has their own strengths but can they work together? I loved the dynamics between the characters. Some hit it off straight away, while others were complete a88holes. It made them so much more believable because you know that in a room full of strangers, it takes time to trust them and not everyone will get on.

In all, this is an action-packed, engaging, entertaining and addicting read. Going into it I wasn’t executing to like it as much as I did, and that’s in big part thanks to the writing style. The author just grabs you from the very first page and doesn’t let go. This is also his debut book I think, so I’m equally impressed with that.

Nick Podehl did a great job. There were quite a few different characters but he managed to give each their own voice and personality. He also managed to portray the fear and confusion each felt when they realized where they were.

A ticking sound fills the air as Tim MacGregor enters The Daily Edition Café to meet his new girlfriend for coffee. Moments later, the café is transported 67 million years back in time, along with everyone inside.

Time is running out as ten unlikely companions search for a way home, while one member of the group plots to keep them all in the past.

Also by this author: The Dinosaur Four 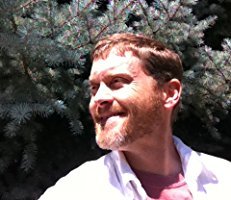 After graduation, Geoff worked as a video game designer, writing story and dialog for licenses such as Star Wars, Indiana Jones, The Spiderwick Chronicles, Conan the Barbarian, LEGO, and Marvel Superheroes.

Geoff lives in Colorado with his wife and two daughters, and has begun work on his next novel, also about everyday folks trapped in an extraordinary (but quite different) situation.

The Winter Over by Matthew Iden (Narrate