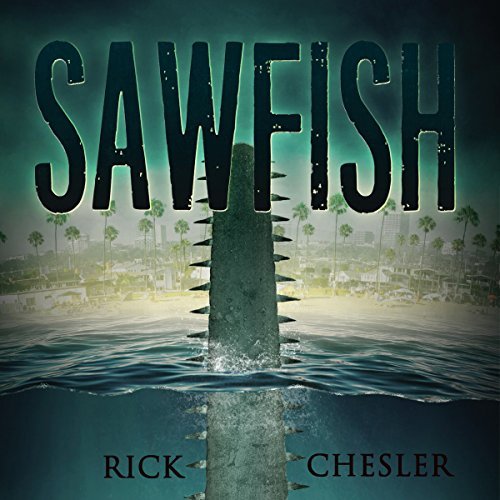 When Dr. Mason Raymans funding was cut, he had only just, accidentally, created a gigantic Sawfish. He was bitter so decided to unleash the Sawfish into the sea, but the Sawfish was unnaturally vicious and has been killing people. Raymon still wanted revenge and he decided to unleash more of the deadly fish into the ocean. What follows was a rip-roaring creature feature!!

So I’m a big fan of creature features, especially sea dwelling ones, and Bigfoot ones. so I eagerly started this when I bought the audio. While it had its faults, it was still a fast-paced and entertaining read.

The author did a great job with the Sawfish scenes and I so wanted more of them. I loved the science behind the creation and how the author made those scenes believable. I also loved that the author focused on a weirder fish, rather than a shark or Megladon. It made it a little more interesting!!

The characters in this were hard to like, but I also kind of liked that fact. Rayman is a psycho!! He releases one Sawfish and even though he knows it’s killing people, he decides to release more because there is a reward for the capture of the monster. In his mind, he thinks that people will cheer him and his reputation will soar if he catches them. He was really well written, but very unlikable!!

I didn’t like Elise at all. She sees Rayman releasing the Sawfish and videos it. A spur of the moment decision, sees her blackmailing Rayman. She will release the video unless he pays her. That didn’t bother me, what bothered me was the fact that even though people were being killed, she never showed, or told the police! I wanted to shake her and tell her to go to the police and try to stop the killings!!

In all though, this was a fun, entertaining and exciting read. I love me some creature feature books, and this author always delivers a great read.

The narrator read this really well. He had distinctive tones and voices for the different characters, and he brought the atmosphere to life!! It’s my first by this narrator and I’m looking forward to listening to more by him.

Marine biologist Dr. Mason Rayman is experimenting with gigantism in sea creatures when he accidentally creates a monstrously large sawfish. When it grows so big he can no longer keep it in his Miami lab, he is preparing to have it destroyed when he learns he is being terminated from his position. By way of revenge, he dumps the oversized shark relative into the ocean, where it soon roams out of control, slaughtering bathers at nearby trendy South Beach. Dr. Rayman doesn't let on that it's his fish responsible for the killings, but someone knows what he did, and she's blackmailing him. He plays along for a while, but then decides she needs to be eliminated. Breaking into a lab at his former workplace, he deliberately creates more monster sawfish and releases them into the local waters. Rayman then attempts to get his job back by stepping forward as the expert on how to stop the scourge of gigantic predators now ravaging swimmers and water sports enthusiasts on South Florida beaches. But his blackmailer will not let up, leading to an ultimate confrontation between woman and beast, and finally, woman and man. 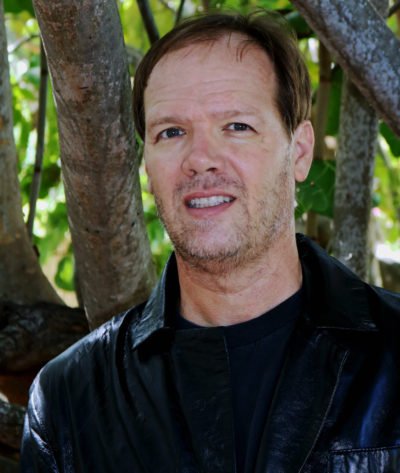 Rick Chesler holds a Bachelor of Science in marine biology and can often be found diving, boating or traveling to research his next thriller idea. A former contractor for the U.S. Dept. of Commerce and the State of Hawaii, he currently lives in South Florida with his family, at the edge of the Bermuda Triangle.

Audiobook: Monsters in the Clouds by Rus