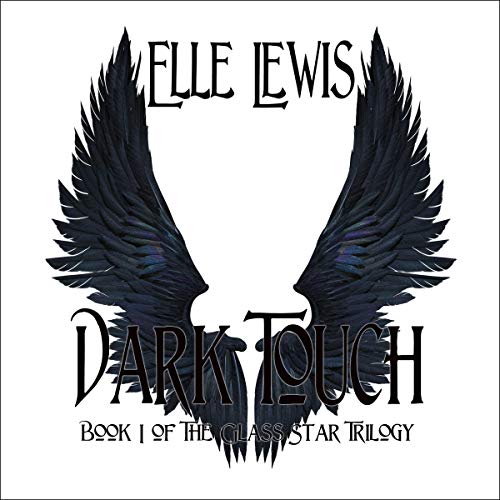 Not What I Was Expecting

On what seemed like a normal night, Sloan encounters something that is anything but normal. She crosses path with a dangerous being who eventually becomes obsessed with her – infiltrating her life and even her dreams. She must find answers and someway to defeat him before time runs out.

This was kind of disappointing. The beginning started off really strong. This creature touches Sloan and all of a sudden she is immediately connected to him. She starts seeing him everywhere, including her dreams and he is not a pleasant presence. He is beyond dangerous and where he touched her ends up leaving a mark. Sloan reaches out to anybody who can give her answers and she finds James, someone who has a connection to the supernatural world who could probably help her. And that’s pretty much where the interesting part ends. It was just the same over and over again which really didn’t help the development of the story. Then the ending comes so quickly and it wasn’t a really explosive or satisfying ending. I mean I know this is a series but I still feel like there were so many questions left unanswered. And even with those unanswered questions, the rest of the story didn’t hold my interest enough to want to immediately pick up the next book. Maybe one day I will but the second half of the book really fell flat for me.

However, Sloan was a great main character. One of my favorite things about her was even though this dark presence was taking over her life and dreams – she continually fought back. Even though Sloan knew she couldn’t beat him, she never gave up. I really enjoyed the fact that she never cowered in a corner. James was a good addition to the story as well. It was nice to see that someone else had an idea of what she was going through so she wouldn’t have to do this alone. I really liked their relationship and how it developed.

Overall, this story was okay. The beginning was very strong but lost its intensity halfway through. The events became repetitive without giving anything new to the plot. There was really no buildup to the ending which made the impact less effective and still so many questions that need to be answered. I might continue this series at some point but I’m definitely not rushing to pick it up. I would recommend this book to anyone who is looking for a quick fantasy read that has a dark presence and a strong main character.

I was not impressed with this audio. Unfortunately, Doug Greene really didn’t change the inflection of his voice at all while narrating this story. Many times during the book, I didn’t know who was talking and that it was even characters dialect versus narration. It was very monotone throughout the whole book and didn’t have any personality. This is an audiobook I would not recommend, the physical book would probably be better.

Sloan left home a year ago, hoping to escape her past. One night, a chance encounter will change her life forever.

Sloan crosses paths with a dangerous being. He is ancient. Evil. And she has caught his attention. Sloan attempts to continue with day-to-day life but soon realizes she has become his obsession. Not only does he stalk her by day, but he can enter her dreams, tormenting her while she sleeps.

Desperate, Sloan searches for answers. And time is running short.