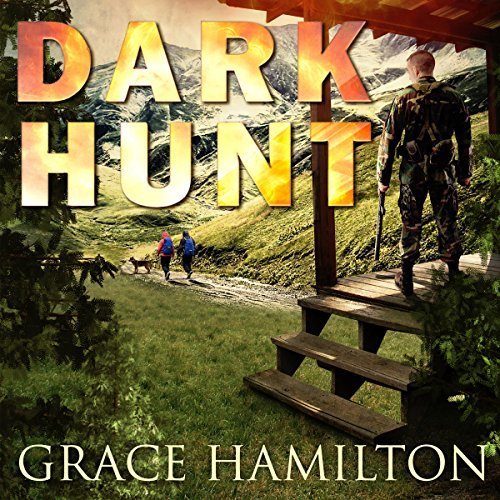 A Good Story With Some Frustration

It’s been some time since the EMP* turned out all the lights and threw the world into the dark.  The cabin that everyone is staying in has kept everyone safe and sound for the time being. But now, a routine hunting trip took a turn for the worst when the weather changes and throws Megan and her new friends into a whole new dynamic.

The story in Dark Hunt was pretty enjoyable.  Everything was a little ‘typical’ for a Post-Apocalyptic book with a few exceptions.  Normally when you sneak up on another camp they shoot first and ask questions later.  When they got to another camp in this book they seemed to be welcomed with open arms.  Things just seemed to be a little too easy.  Granted, I’ve read much “easy” books with way less enjoyable characters before, but sometimes I want to see a group of people struggling.

Megan as a character started to rub me the wrong way in this book.  I can’t tell if Hamilton was trying to write her this way or if I’m starting to just not like her personality.  She is the definition of running blindly into danger without even thinking about it.  When things start to seem like they’re going to take too long — she just takes off (like a child) running into the darkness trying to save what she has left.  Numerous times this almost has her killer or severely injured (or injured worse than she already was).

I’m happy that the “typical” PA romance took a backseat in Dark Hunt.  This was more about family and what people would do to save family than the actual “new love” that the characters potentially have.

Overall — I like the series.  It’s different enough from the other PA books that I read that I’ve been enjoying it.  Megan was starting to rub me the wrong way in this one, but the other characters were really enjoyable like before.  People were a little too trusting and I wonder if that will lead to some other issues in later books. I do have at least two more books in this series in my queue, so I’m curious where Hamilton takes the story. I hope that Megan grows as a person and starts to make safer and more adult choices.

*In my last review, I wrote that Hamilton messed up by calling the CME an EMP.  She really only does it once or twice in Dark Hunt so it bothered me a lot less in this one.  I just wish that there was a mini-edit to change EMP to CME in all these books.  I know that the narrations would have to change too, but it’s wrong.

In the post-apocalyptic aftermath, Megan Wolford is settling in with her makeshift family at the safe haven of their lodge, but she remains wary of trusting others. Despite her growing feelings for Wyatt Morris, the leader of the group, she still feels most secure on her own. But when she becomes separated from her beloved daughter Caitlin in a storm, Megan is in danger of losing the one thing keeping her fighting to stay alive. Injured and desperate, she must fight every instinct within her to rely on the others for help when they find evidence that Caitlin has been kidnapped.

Wyatt is determined to do everything he can to bring her home, and he organizes a search party to visit a set of old adversaries in the guise of traders to try and find the missing girl—but Megan would rather take matters into her own hands. With Megan setting off alone to face unknown enemies, she is more vulnerable than ever. When a mysterious stranger known as the Green Woman appears to be a lead in finding Caitlin, she’ll have to track her down.

Can she put aside her stubborn need for independence and accept help from her newfound community before it’s too late?

Grace Hamilton is the prepper pen-name for a bad-ass, survivalist momma-bear of four kids, and wife to a wonderful husband. After being stuck in a mountain cabin for six days following a flash flood, she decided she never wanted to feel so powerless or have to send her kids to bed hungry again. Now she lives the prepper lifestyle and knows that if SHTF or TEOTWAWKI happens, she’ll be ready to help protect and provide for her family.

Combine this survivalist mentality with a vivid imagination (as well as a slightly unhealthy day dreaming habit) and you get a prepper fiction author. Grace spends her days thinking about the worst possible survival situations that a person could be thrown into, then throwing her characters into these nightmares while trying to figure out “What SHOULD you do in this situation?”

It’s her wish that through her characters, you will get to experience what life will be like and essentially learn from their mistakes and experiences, so that you too can survive!