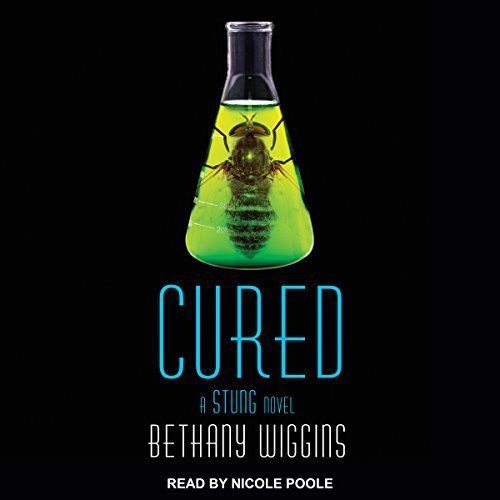 A Great Dystopian YA World

If you haven’t already, check out my review of “Stung” the first book in this series. I gave Stung a 4.5 out of 5.  Cured is pretty solidly at a 4.  I found myself enjoying the story and the new point of view, but it never really took that extra step to get up to a 5.

Cured tells the continued story of the Tarsis siblings but it’s now from the point of view of their former neighbor Jacqui.  I won’t ruin who Jacqui is from the first book, but it did give me a bit of a surprise. And speaking of surprises, Wiggins kept trying to confuse and surprise me around every corner. There were a few surprises that I saw coming and others that I was genuinely shocked by.

I did enjoy the story and I’m starting to really appreciate the world that Wiggins created here.  I honestly don’t know if there are other books and I could stop here.  If there were more, I would continue, but I found that Cured was a nice stopping point for the story.  The characters were able to grow and change without feeling different or distant at all and the story seemed to reach a really nice conclusion.

Overall, Cured is a YA book written for YA’s (who’s surprised by that).  Not being a YA didn’t make it any worse for me other than the “head-over-heels” teen romance parts. And I expect those in books like this. Cured (and the series) was a nice dystopian YA series that I enjoyed more than I originally expected to.

The narration, done by Nicole Poole fit the story perfectly.  I had no issues with the way she told the story and the voices that she gave each character.  It was an easy listen.

Now that Fiona Tarsis and her twin brother, Jonah, are no longer beasts, they set out to find their mother, with the help of Bowen and a former neighbor, Jacqui. Heading for a safe settlement rumored to be in Wyoming, they plan to spread the cure along the way--until they are attacked by raiders. Luckily, they find a new ally in Kevin, who saves them and leads them to safety in his underground shelter. But the more they get to know Kevin, the more they suspect he has ties to the raiders. He also seems to know too many details about Jacqui and her family—details that could endanger them all. For the raiders will do anything they can to destroy the cure that would bring an end to their way of life. Bethany Wiggins’s reimagining of our world after an environmental catastrophe won’t fail to stun readers.

Bethany Wiggins has always been an avid reader, but not an avid writer. She failed ninth grade English because she read novels instead of doing her homework. In high school, she sat alone at lunch and read massive hardback fantasy novels (Tad Williams and Robert Jordan anyone?). It wasn’t until the end of her senior year that the other students realized she was reading fiction–not the Bible

Several years later, Bethany’s sister dared her to start writing an hour a day until she completed a novel. Bethany wrote a seven-hundred page fantasy novel that she wisely let no one read–but it taught her how to write. The rest is history.