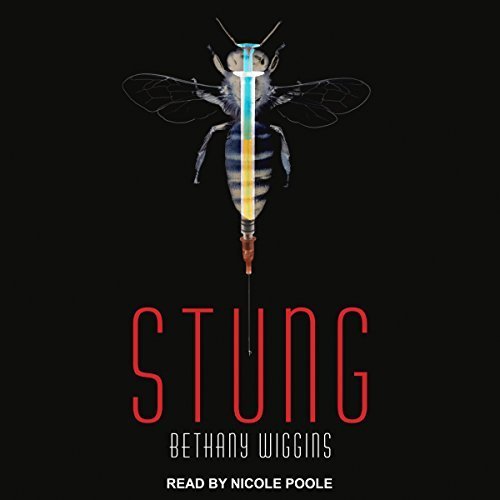 Great YA with Some Non-YA themes

I’ve been trying to read more YA fiction lately.  I’m trying to get into it more since I know that the genre (especially YA Dystopian stories) has been easily the most popular among book bloggers. This book might have done it for me.  Sure, I loved the Divergent Series and The Hunger Games, but I’ve had a hard time finding a new series that I liked as much as those.

The story itself was really good, as I just said above—without getting into it the storyline was really good and the backstory was perfect. Both for society and how the characters go to where they are. Wiggins wrote a story that was fun to follow and backed it up with a really interesting backstory.

Overlooking some of the “monster” areas (I can even forgive this due to the way that Wiggins explained it) the book was a blast to read from beginning to end.  The plot itself was fun and heart wrenching at times, but Wiggins backed it up with some great action and thrilling scenes.

YA books always seem to have a theme of young romance, and this book didn’t shy away from that at all.  But, the benefit of Stung was that it didn’t seem to take the lead.  I love a good romantic story, but some of the YA stories go a little overboard with this making it the theme of the book.  (I understand that when you’re a teenager, love is the strongest and most important thing in your life, but it’s not the only thing!)

The story itself was great. Following the loss of all the bees — society has seemingly broken down and there are certain “prime” suspects (including the main character) who are more valuable than others.  I won’t get into why, but I LOVED it (especially being a bio-thriller fan.)

I honestly haven’t read a YA story since Divergent or The Hunger games that I wanted to continue the series — that is until I read Stung. I’m extremely happy that I already have the second book in my queue. I need to know what happens with this.

I can’t wait to figure out what happens, and believe me, the review is coming soon.

There is no cure for being stung.

Fiona doesn’t remember going to sleep. But when she opens her eyes, she discovers her entire world has been altered—her house is abandoned and broken, and the entire neighborhood is barren and dead. Even stranger is the tattoo on her right hand—a black oval with five marks on either side—that she doesn’t remember getting but somehow knows she must cover at any cost. She’s right.

Those bearing the tattoo have turned into mindless, violent beasts that roam the streets and sewers, preying upon the unbranded while a select few live protected inside a fortress-like wall, their lives devoted to rebuilding society and killing all who bear the mark.

Now Fiona has awakened branded, alone—and on the wrong side of the wall.

Bethany Wiggins has always been an avid reader, but not an avid writer. She failed ninth grade English because she read novels instead of doing her homework. In high school, she sat alone at lunch and read massive hardback fantasy novels (Tad Williams and Robert Jordan anyone?). It wasn’t until the end of her senior year that the other students realized she was reading fiction–not the Bible

Several years later, Bethany’s sister dared her to start writing an hour a day until she completed a novel. Bethany wrote a seven-hundred page fantasy novel that she wisely let no one read–but it taught her how to write. The rest is history.

Audiobook: We by Yevgeny Zamyatin (Narra