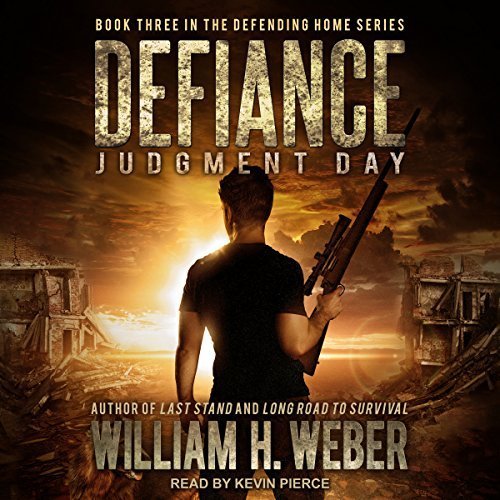 A Story of Redemption

Redemption is the name of the game in this book — and it takes and front and center seat throughout. It’s been a while since I read the first two books in the series and I almost forgot what it was about, but Weber sucked me back in.

There were events that I may have forgotten that made the characters end up where they were but it was a blast reading about them getting back home (or back to normal).

Seriously, the entire book was basically a revenge tale told from the point of view of numerous people living out the end of the world.

The weapons an tactics used were taken right from the survival guides that I know and love and the redemption of both people and property were just what needed to happen. I know I’ve already said too much and may have ruined some of the book for you, but seriously this is one of those “Liam Neeson” type stories where the good guy gets his revenge.

A fun and entertaining book, Definace really defied my expectations.

Imprisoned by the Cartel, Dale Hardy must battle to escape his captors and find a way home before everything and everyone he holds dear is lost forever. For the Cartel, it turns out subduing the small town of Encendido was only the beginning. Ruthless crime boss Fernando Ortega has his sights set on reclaiming great swaths of the American South-West, an empire he intends to rule with an iron fist. But there's a secret hiding in the desert, a secret that could spell the difference between tyranny and freedom. As the country teeters on the brink, the stakes couldn't be higher.

William H. Weber is the author of the Last Stand series, including the novels Surviving America’s Collapse, Patriots, and Warlords, as well as the Prepper series