They were one of 13 Arks to save humanity

The Arks… an oasis in space meant to save humanity from itself.  The Earthy was dying, about to die from an asteroid strike.  Jake Hansen is on Ark-13 the final ark and is even given a prestigious position on the ship.  They are monitored at every turn via their arm ports and it was all made possible by the Genesis corporation.  Unfortunately, things are not what they seem and Jake soon finds this out and needs to find more.

The author and (what I assume is brother or relative) Kevin Gallagher provide the narration for this story.  Now, I do not enjoy downing anyones work, but the person who narrated the journal entries was just a little flat.  They seemed to just read the lines and didn’t give them any thought or inflection.  Fortunately, most of the book was narrated by the other narrator.  He was excellent, and really helped take this book to the next level.  I wasn’t sure why there were two narrators since the story was all told by the same person (the journals were just stories added to the main story).

I have not watched either of the things that it was compared to (Lost or Interstellar), though Interstellar is on my list to watch soon.  I cannot compare this story to those, but I honestly didn’t have a good comparison for this.  It felt original and well thought out.

I love when a story can be 200 pages or under and tell a great story.  Ark 13 definitely accomplishes this.  Gallagher is a masterful science fiction storyteller and I will definitely be looking for more sci-fi books from him in the future.

The ending (no spoilers) genuinely surprised me.  Actually it was almost mind blowing.  I definitely didn’t see it coming.  Which, for me is pretty awesome.  I love thinking I know the ending of a book and being totally blindsided by the actual ending.

Overall, Gallagher delivers a wonderful story in a small package.  If you enjoy science fiction and great storytelling, I would be amazed if you didn’t like this story.

“We, along with the other 12 Arks, flying out to the far reaches of space are now the only remnants left of humanity. We are the chosen few for the world’s only life rafts. We are Ark-13 and this is an S.O.S.”

With constant intrigue and mystery, Ark-13 can best be described as Lost meets Interstellar. It carries a broad appeal, as the themes of the story center around the human condition, resilience, self-preservation, and technology’s clash with nature. 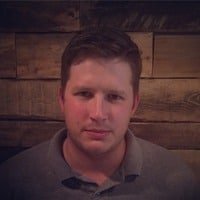 BB Gallagher is a techno-thriller author who is writing the Sci-Fi novella Ark-13 and the YA spy thriller Project Sparta.

Ark-13 will be released on April 4th. It is likened to “Lost” meets “Interstellar”.

Project Sparta is the first installment of the Xander Whitt saga and will be released on July 4th. It is likened to “Bourne Identity” meets “Maze Runner.

He is the father of two and the husband of one. When he is not writing in the wee hours of the morning he is a data analyst.

Some of his interests include: Star Wars, people watching at Starbucks, cooking, sports, Christopher Nolan movies, Meg Ryan from ‘You’ve Got Mail’, Survivor, doing impressions of lazy people, EDM, and Not Doing Yoga.