Prepare yourself for the incredible story before Silicon Man

Adam is an android tasked with helping out an investigation into what looks to be a serial killer.  The catch is, the serial killer looks to be killing former employees of the company who makes the androids that are being used (including Adam).  He is partnered up with a detective who doesn’t seem to like “his kind” or in her words “its kind”.  Which makes for an interesting dichotomy.

Joe Hempel does the narration for this and he just keeps getting better and better.  I LOVED his work on Surviving AI, and I didn’t think it could get much better than that.  But low-and-behold lies Silicon Dawn.  What an incredible narration job done by Joe.  His pacing is perfect.  You can listen to it at almost any speed and understand him.  The quality is amazing — studio-quality with no issues at all.

The story was fascinating to me.  It’s a perfect mix of detective/murder mystery and a futuristic AI-laced science fiction tale.  I have not read Silicon Man, and now that I’ve read Silicon Dawn, I’m kind of glad I didn’t.  Now I get to jump into Man with some expectations of what is to happen and a little more back-story to the events that go down.  Now, because I didn’t read Silicon Man, I cannot comment on how this story ties into the main story, but I assume it does so very well.

Adam is such a unique main character.  His partner, Jane Malveuax doesn’t like him at first but seems to change as she works with him more and more.  I think the most interesting part was just watching their relationship grown (and shrivel) throughout this book.

Massa is a wordsmith, I didn’t feel like there was a single word out of place in this whole novel.  Combine that with Hempel’s ability to make you feel at ease even with the most intense situations, this book was a superstar for me.

It kind of reminded me a bit of I, Robot (the movie, I never read the book by Clarke), but more in the future and after solving the issues of the uncanny valley.

Overall, this Silicon Dawn is a must read for any Sci-Fi junkie.  And if you’re a murder mystery fan, this book may surprise you.

I tell you how I know this was an incredibly well thought out book; in the last 30 minutes or so the book could have ended numerous times and I would have been okay with it.  Honestly, I was waiting for Hempel to say “This has been Silicon Dawn” about 5 or 6 times before the book actually ended.

The line between man and machine has been crossed....
And there is no turning back.

A serial killer stalks the city of the future....

Hunting the scientists who build the robots....

And it's up to a cop and an AI to unravel a terrible conspiracy.
The world is still reeling from the devastation of the Omega Virus and struggling to rebuild. A growing android workforce has given rise to the Human Defense League and anti-AI sentiment is at an all-time high.
Adam, the first of the new X-3000 models, arrives into this hostile world. Field-tested on the Luna colonies, now assigned to Earth, Adam is paired with homicide detective Jane Malveaux, who has little patience for synthetics.

Before long both Malveaux and Adam must cast aside their differences and join forces to solve a case that will test both man and machine. 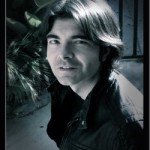 William Massa is a screenwriter (Return to House on Haunted Hill) and script consultant. He has lived in New York, Florida, Europe and now calls Los Angeles his home.

William writes action/adventure stories with a horror, dark fantasy or science fiction flavor. He is currently hard at work on his upcoming horror-action series OCCULT ASSASSIN and preparing sequels to some of his other novels.

Convergence: Episode One by Michael Patr