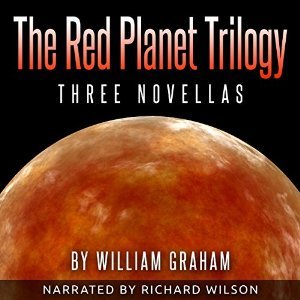 Travel from Earth to The Red Planet and see what awaits you!

Transport yourself into the future with this collection of three novellas.  Follow three separate but interwoven stories about the red planet and humans escape to this place.

From Vermont to Mars is the first novella.  This is focused on a small town in rural Vermont who is about to have a large development built on protected land.  Follow a 71-year-old man’s journey to save this land. All while this is happening his daughter has decided to break off her engagement and go to Mars to teach.

The second is a chilling murder mystery that takes place in the world his daughter leaves at the end of her story.

And the final novella follows the political strife that has become of Mars since the end of the second novella.  Follow two campaigning politicians who are looking to become the first President of Mars.

I was supplied with an audiobook from ABR for this honest review.  You can read my full (different) review there.  The quality of this audiobook was perfect.  The narration by Richard Wilson was flawless.  He has one of those voices that is just easy to listen to and follow a story.  I believe that this is one of those stories that I think the narration actually added something, rather than take away from it.  Lucky for the listener, the voice work really only follows one or two characters in each novella – allowing for a quick and easy listen.

I really liked how the stories weaved into each other, but this could have been made to flow slightly better (I really think a chapter more each would allow them to flow perfectly).  I think the author wrote three different novellas and realized that they flowed pretty well together and released it that way.  He could have made the book into three parts instead of three novellas and polished off the stories while weaving them even closer together.  I thought this was one of those “thinker” books because it talks a lot about dwindling resources on Earth being one of the reasons we went to the moon and then Mars.  It also takes a Wall-E-esque look at what would happen if a corporation owned everything, including the people it employed. I am excited to continue the story with his fourth novella in the series The Red Planet President.  From what I can tell, picks up after the end of the third novella.  Considered that the audiobook of that is just over an hour, expect a review very soon!

I received a free copy of this book from AudiobookReviewer.com in return for my honest review.

The Red Planet Trilogy is a collection of three novellas that chronicles the dramatic events from the founding of the first Martian colony in the middle of the 21st century to the first election of the Martian Republic in the 22nd century.

“From Vermont to Mars” tells the story of ecological disasters on Earth that are the catalysts for the first emigrants to head to Mars.

“The Red Planet Murders” continues the story by telling the compelling tale of murder and the reluctant investigator Achilles “Ace” Sloan who must solve the crime amid social unrest on Mars.

“The Martian Republic” describes the political struggle between warring factions on Mars leading up to the first presidential election.

Together, the three novellas are a sweeping, cautionary tale of a grand social and economic experiment on Mars.

If you enjoyed the trilogy, the author continues the saga in “The Red Planet President.” 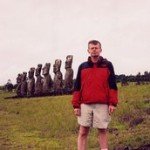 Poet, novelist and travel writer William Graham holds a BA and MA in English and a MS in Communications from Northwestern University in Evanston, Illinois. He lives in Stowe, Vermont.  Many of his books are also available on Audible.com