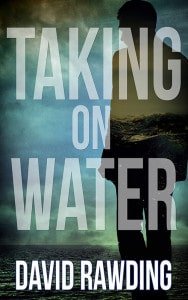 You hooked me, took me out to sea and left me begging for more.

Wow, I don’t like to start off a review with a interjection unless I really mean it, but seriously this book grabbed me by my haunches and threw me overboard.  James and Maya were so incredibly likable and relatable .  I feel like I knew them or had at least met someone like them once in my life.

The story follows James a social worker with a past filled with being abused.  He puts that all behind him when he meets his wife Maya.  Maya calms the stormy seas within him and its smooth sailing from there that is until someone throws a crowbar into it.  Maya is a local police officer investigating the increase in narcotics (specifically heroin) in their small fishing town in New Hampshire.  Along the way James meets and befriends a local lobsterman named Tucker and their two families become very close until tragedy befalls one of the families — I cannot explain much more without spoiling it for you, but believe me — this story is a thrill ride from beginning to end.

My wife works in a field similar to this and I know a lot of people who work in social work — all of the references to that and the police were seemed spot on to me.  Now throw in James’ history of being abused — where those scenes were so vivid and visceral its hard not to feel bad for him.  That is the only warning I would give people — the scenes of abuse and writing about it could cause some issues to anyone who has been in that situation or known someone who was.

The story is definitely a builder, as in the beginning the author is setting the tension.  Well, halfway through you can tell the tension is getting to be so tight it might snap soon.  And by 3/4 the way through it it gets so tense it finally gives way, allowing the reader to flow to the end because they can’t just leave it like that.  Rawding has an incredibly knack for knowing what the reader wants to happen next and doesn’t leave them hanging for long.  I hope that he writes another story like this — and I hope he writes it soon because I loved this book.

I don’t like to think I’m overpraising a book — but there was just something about it.  Maybe its setting in the New England area (I’ve vacationed to Maine many times), or just the way he developed the characters.  This was one of those books where when I was finished I had to take a few deep breaths because this didn’t actually happen.  This was just a book, just a work of fiction because I felt like it was all so real.

David Rawding — you hooked me, now pull me up so I can keep going!

When James Morrow, a social worker, first meets Kevin Flynn, he suspects the teen is being abused. To learn more about Kevin’s home life, he gets to know the boy’s father, Tucker, who’s a lobsterman. James is able to put his suspicions to rest, and the two families begin to form a friendship.

When a kid at the local recreation center dies of an overdose, Detective Maya Morrow adds the case to the long list related to the drug problem plaguing the small New Hampshire coastal town of Newborough. But her investigation gets her much too close to the dangerous players.

Both the Morrows and the Flynns are holding dark secrets, and when their lives collide, tragedy is inevitable.

Also by this author: Taking On Water 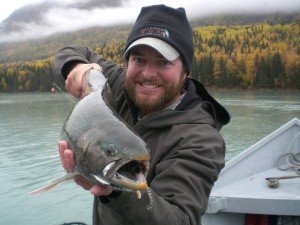 David Rawding has a BA in English from the University of New Hampshire and an MFA in fiction from Southern New Hampshire University. He has been nominated for the Pushcart Prize, and his short stories have been published in numerous literary journals and magazines.

David spent three years as a fly-fishing guide in Alaska, worked several years at a non-profit for at-risk youth, was an online adjunct professor, and has a litany of other jobs in his wake. When he’s not writing, he enjoys traveling the world with a backpack and a fly rod.

Other reviews and posts: