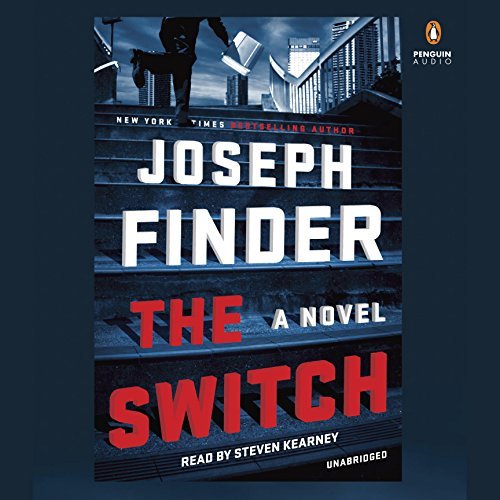 A Tight and Intense Thriller

I think I write this on every review that I write about Joseph Finder, but every time I finish one of his books I think “why don’t I read Finder more?” That happened again with this book.  It was such a well thought out and intense thriller that I kept staying up late to try and get a little further into the story.  The one night I had about 40 minutes left in the book and I had to go to sleep, but I fell asleep thinking about what was going to happen next.

The Switch is a book about a seemingly normal event — your computer gets switched with someone else’s nearly identical MacBook Air. They all look exactly the same, so it’s definitely plausible.  But unfortunately, this MacBook belongs to a Senator who has done something on it that she shouldn’t have.  What follows is an incredible story where every turn is unexpected.  I thought this book was going to end numerous times (a few of them would have been incredibly disappointing, but still could have been endings).

Finder knows how to write fiction and boy does he know how to write thrillers.  I want to say that this is his “darkest” story to date, but honestly, it reminds me a lot of the other stories he writes.  It has a lot of the stuff that I love about Finder’s other novels with a few new twists and turns.

Add in the narration by Kearney and you’ve got a great book.  Kearney was able to give voices to some of the characters that really helped me get deep into this book. I love when I can do that and feel like I know a person that this happened to. Or feel like at times it’s happening to me.

Overall, The Switch is a must read for Thriller lovers.  And if you like Finder’s other books, you will not be disappointed by this at all.

Michael Tanner is on his way home from a business trip when he accidentally picks up the wrong MacBook in an airport security line. He doesn’t notice the mix-up until he arrives home in Boston, but by then it’s too late. Tanner’s curiosity gets the better of him when he discovers that the owner is a US senator and that the laptop contains top secret files.

When Senator Susan Robbins realizes she’s come back with the wrong laptop, she calls her young chief of staff, Will Abbott, in a panic. Both know that the senator broke the law by uploading classified documents onto her personal computer. If those documents wind up in the wrong hands, it could be Snowden 2.0—and her career in politics will be over. She needs to recover the MacBook before it’s too late.

When Will fails to gain Tanner’s cooperation, he is forced to take measures to retrieve the laptop before a bigger security breach is revealed. He turns to an unscrupulous “fixer” for help. In the meantime, the security agency whose files the senator has appropriated has its own methods, darker still—and suddenly Tanner finds himself a hunted man, on the run, terrified for the safety of his family, in desperate need of a plan, and able to trust no one.

Buy from Audible
Goodreads
Also by this author: Guilty Minds