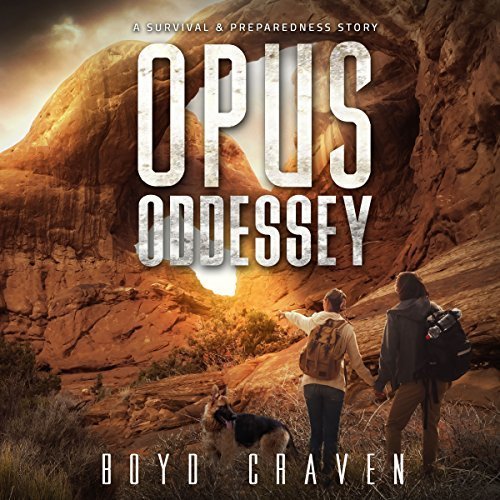 A Prepper-Thriller (if that’s a thing)

The Opus’ storyline isn’t one of a typical post-apocalyptic book.  There isn’t an apocalypse to speak of, but it is about a prepper and the prepper lifestyle (and how it can help you in everyday life).  Opus Odyssey is a great example of that.  I would call this a prepper book first but then a thriller second.  It was totally different than most of the books that I read and I loved it for it.

Opus Odyssey tells the story of a cross-country trip to PrepperCon.  Along the way, Tina is live streaming and providing social media updates to all of Rick’s fans online.  They are showing their routes and what they are doing as they meander their way across the country.  Unfortunately, not everyone is a fan.

The story itself was great, I found myself riveted throughout.  I didn’t realize this was going to combine my favorite parts of the first story and throw in some mystery and thriller aspects that I enjoy.  It really took me for a ride.

If you read the first book, you know that there are three main characters: Tina, Rick, and Opus.  Opus is the best of these three.  His personality is by far my favorite and reminds me of my dog (and other dogs I’ve met in life).  Able to “answer” with different huffs and chuffs. All three have been set up well in the first book and then continued in Odyssey. (If you haven’t read the first book in this series, check it out before jumping into this one).  I, once again, appreciated the self-depreciation and introspection into the life of a self-published author in Rick.  Those scenes were still some of my favorites.

But, overall, if you like a good thriller then this book is for you.  If you’re a prepper or like to think that one is none and two is one, then Opus Odyssey is for you

Almost a year after Rick walked back into Tina's life, they find themselves at a virtual crossroads. It's time for Rick to meet Tina's family. Opus has healed from his gunshot, though he's a little older and slightly slower.

Setting out to meet the parents becomes an epic adventure in Rick and Tina's mind. Because of timing, they decide to road trip across the USA. Tina chronicles their experiences with a camera and Facebook Live videos while interviewing Rick.

Cryptic and threatening messages keep turning up, bad luck follows the couple on their trek across the country. To make matters worse, Rick fears a cyber breach, and somebody from both of their pasts is released from prison.

Watching over them, one dog, who's used to protecting the humans he owns. Opus. He is happily along for the ride to make sure they don't do anything they would regret, but when the fur starts to fly, he comes out of retirement.

When the bullets start buzzing through the air, and a mad dash across a desert landscape ends them up slightly lost, it'll take Rick, Tina, and Opus to work in concert to survive the ordeal. Unfortunately, that isn't the worst of it.

They find themselves alone, cut off, stuck in the desert without their preps, hunted by a madman with no fear of death. Can the trio survive? 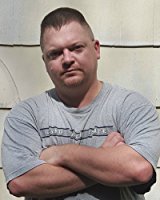 Boyd Craven has penned over 20 books over the last two years, only recently deciding to take the plunge into publishing. His “The World Burns” Series has hit the top 10 in the Dystopian Genre in the USA, the UK, Canada and Australia. Boyd has made his home in Michigan with his wonderful wife and about a million kids, but travels to Texas to visit family as frequently as possible.

He hunts and goes fishing when he’s not dreaming up post-apocalyptic nightmares to put his characters through. Fear not though, Boyd is a huge believer that in the darkest hour, there is always a glimmer of hope to hold onto.

In addition to being a modern day urban farmer, Boyd belongs to a co-op selling at the local farmers market, and lately has been experimenting with living off the grid – an excellent way to research for his series, as well as torture his teenage sons.

Prepare yourself by reading his books – they’re a thrill ride, on or off the grid.