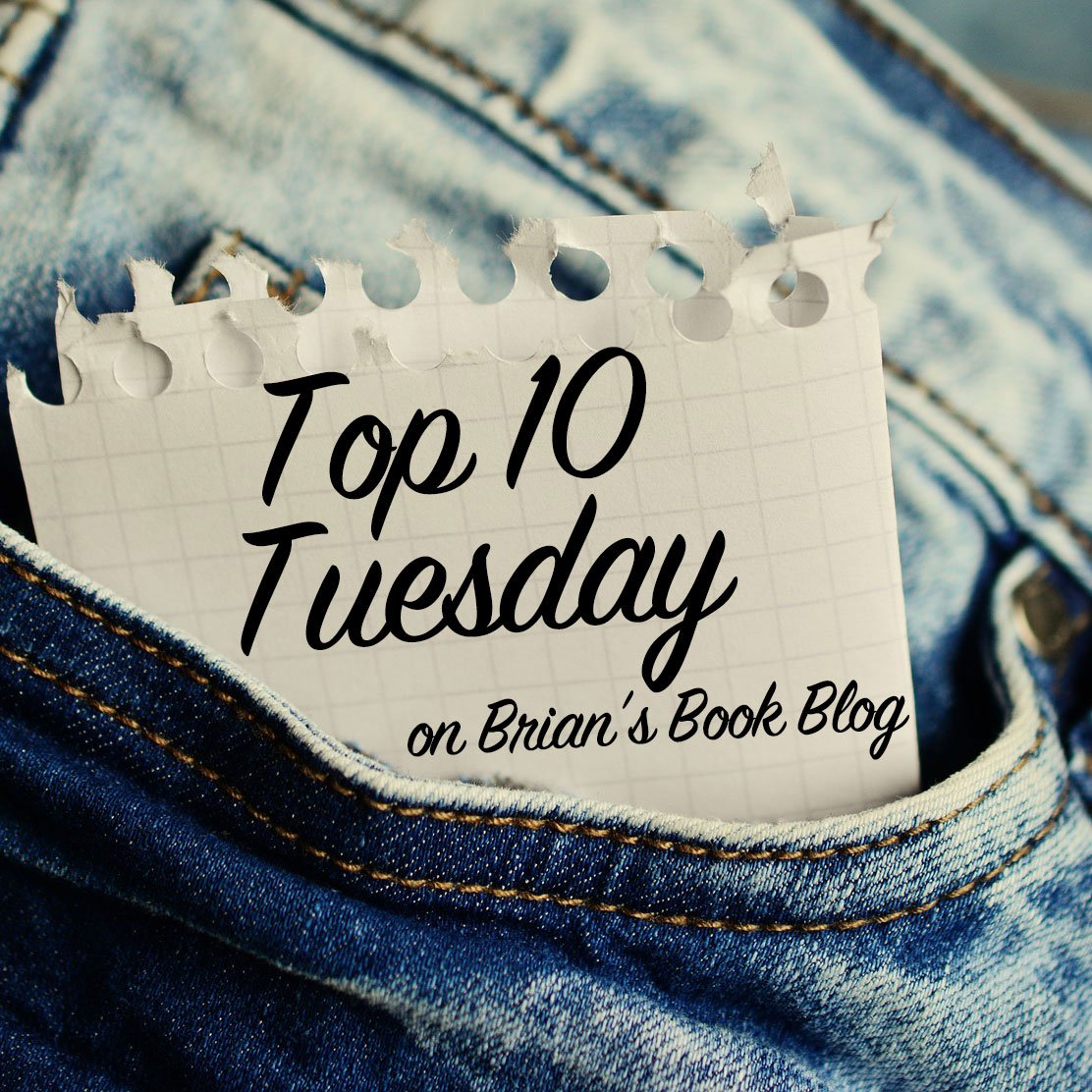 (On a boat, if you didn’t get that or didn’t see the gif).  I’m on a cruise this week and I won’t be posting live (or close to live).  I’m writing all my posts early so that I can disconnect and relax.  So, this week I thought I would post 10 books I’ve read that took place on a boat for at least some of the story. (Some, the entire story takes place on them).  Enjoy!  Leave a comment with some I missed that you enjoyed! 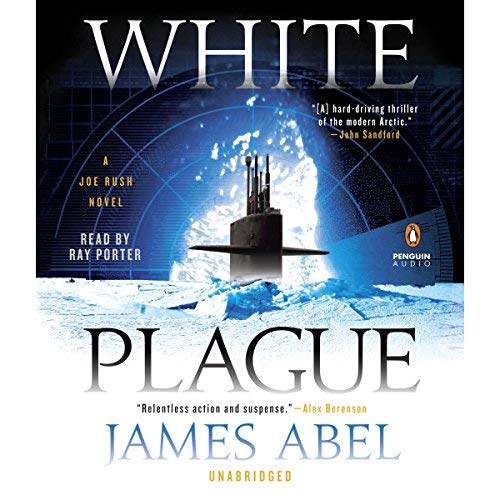 White Plague by James Abel
Narrated by Ray Porter
Published by Penguin Audio
In the frozen waters of the Arctic, Marine bioterror expert Joe Rush races to save a submarine crew from a lethal threat.

“The pleas for help stopped coming just after five in the morning, Washington time. The Pentagon staffers cleared for handling sensitive messages sat in horror for a moment and then tried other ways to reach the victims. Nothing worked so they called the Director, who phoned me.”

In the remote, frozen waters of the Arctic Ocean, the high-powered and technically advanced submarine U.S.S. Montana is in peril. Adrift and in flames, the boat – and the entire crew – could be lost. The only team close enough to get to them in time is led by Marine doctor and bio-terror expert Joe Rush.

With only 36 hours before the surviving crew perish, Joe and his team must race to rescue the Montana and ensure that the boat doesn’t fall into enemy hands. Because a fast-approaching foreign submarine is already en route, and tensions may explode.

But that’s the least of their troubles. For the surviving sailors are not alone on the sub. Something is trapped with them. Something deadly lethal. Something that plagued mankind long ago, when it devastated the entire world. And the crew of the Montana has unknowingly set it free. Now, Joe and his team must not only find a way to save the Montana and her crew, but stop a lethal horror of apocalyptic consequence from being unleashed on all humanity. 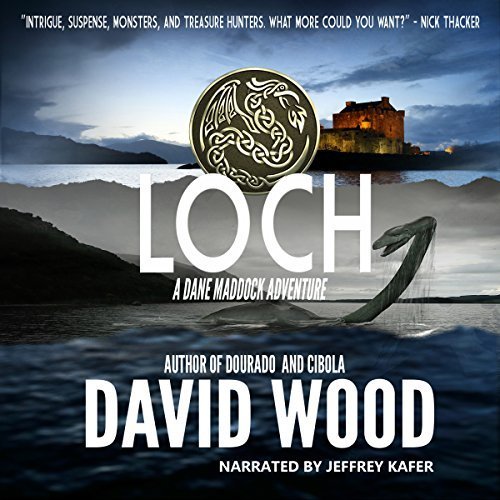 When former Navy SEALs turned treasure hunters Dane Maddock and Bones Bonebrake discover a sunken German U-boat at the bottom of the Irish Sea, they find something shocking – the tooth of a prehistoric reptile embedded in the hull! Soon, Maddock and Bones join a beautiful reporter and an eccentric cryptid hunter on an action-packed search for a lost treasure that brings them face to face with one of the world’s most enduring mysteries. 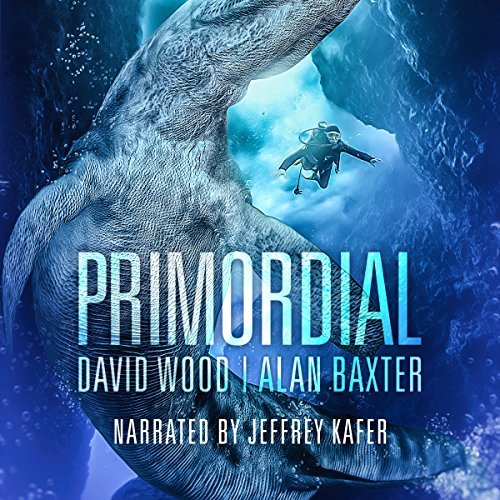 When eccentric billionaire Ellis Holloway hires renegade marine biologist Sam Aston to investigate the legend of a monster in a remote Finnish lake, Aston envisions an easy paycheck and a chance to clear his gambling debts. But he gets much more. There is something terrible living beneath the dark waters of Lake Kaarme and it is hungry.

As the death toll mounts, Aston faces superstitious locals, a power-hungry police chief, and a benefactor’s descent into madness as he races to find the legendary beast of the lake. 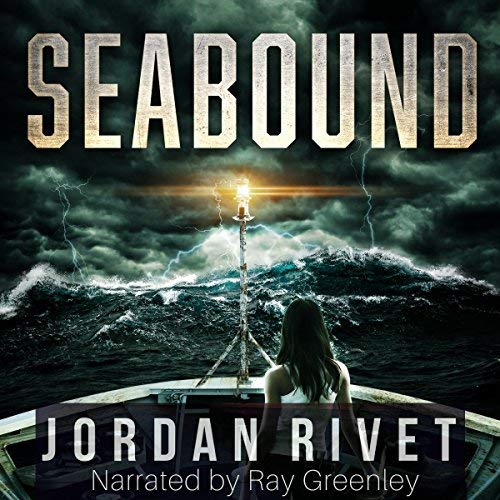 Seabound by Jordan Rivet
Narrated by Ray Greenley
Published by Jordan Rivet
When an apocalyptic catastrophe decimates the land, a lucky few escape on a souped-up cruise ship called the Catalina. After 16 years, the strain begins to show in a floating world of distrust and shifting allegiances.

A young mechanic named Esther wants to prove herself, but she tends to bash things up in the name of progress. When disaster strikes the Catalina on Esther’s watch, she must risk everything to fix her mistake. She sails in search of help and encounters a mysterious metropolis called the Galaxy Flotilla. The inhabitants are keen to parade their lives of luxury, but they’ll want something in return for their warm welcome.

A new storm is brewing on the post-apocalyptic ocean. Can Esther save her friends aboard the Catalina before it’s too late? 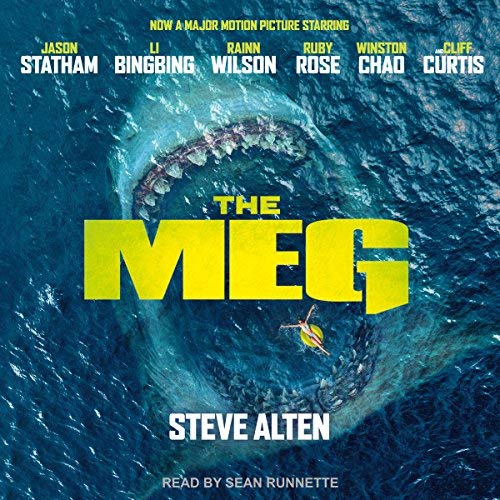 Meg: A Novel of Deep Terror with Meg: Origins by Steve Alten
Narrated by Sean Runnette
Published by Tantor Audio
On a top-secret dive into the Pacific Ocean’s deepest canyon, Jonas Taylor found himself face-to-face with the largest and most ferocious predator in the history of the animal kingdom. The sole survivor of the mission, Taylor is haunted by what he’s sure he saw but still can’t prove exists-Carcharodon megalodon, the massive mother of the great white shark. The average prehistoric Meg weighs in at twenty tons and could tear apart a Tyrannosaurus rex in seconds.

Written off as a crackpot suffering from post-traumatic stress disorder, Taylor refuses to forget the depths that nearly cost him his life.

With a PhD in paleontology under his belt, Taylor spends years theorizing, lecturing, and writing about the possibility that Meg still feeds at the deepest levels of the sea. But it takes an old friend in need to get him to return to the water, and a hotshot female submarine pilot to dare him back into a high-tech miniature sub.

Diving deeper than he ever has before, Taylor will face terror like he’s never imagined, and what he finds could turn the tides bloody red until the end of time. 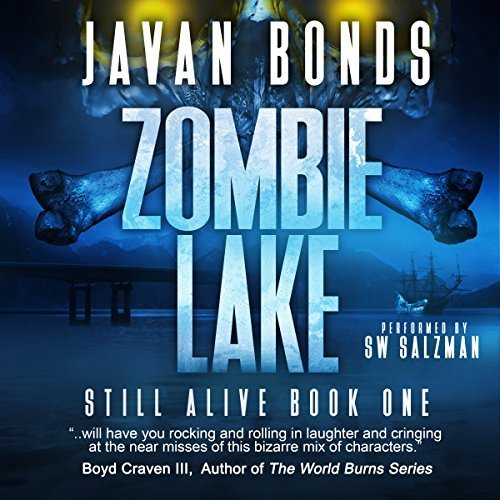 Zombie Lake by Javan Bonds
Narrated by S.W. Salzman
Published by If I Only Had A Monkey Publishing
Mo Collins, the reluctant hero, has sailed around the country on board the replica pirate ship, the Viva Ancora, and now he finds himself only miles from his childhood home. But now the world has gone to hell. Hordes of naked, blue, biting zombies have flooded the now dead Alabama lake town. Mo and his only surviving shipmate, Crow, are surviving. They fish and watch the monsters roam the night; seeking untainted flesh and leaving a disgusting mess in their wake. But when a lone survivor stumbles upon Mo and Crow they gain a new crew member but also find much needed direction. The new comer, Smokes, will change Mo’s view of this zombie infested world forever.

As reality mimics fiction, an ever growing cast of crazy characters play out their role carving out an island sanctuary in a plague ridden world. The Expert, The Tech, The Oracle, The Sacrifice, The Old Friend, plus many more… Join us on this wild ride where the fish bite, the Zombies bite…sometimes life bites.

Welcome aboard, friend, to Zombie Lake. 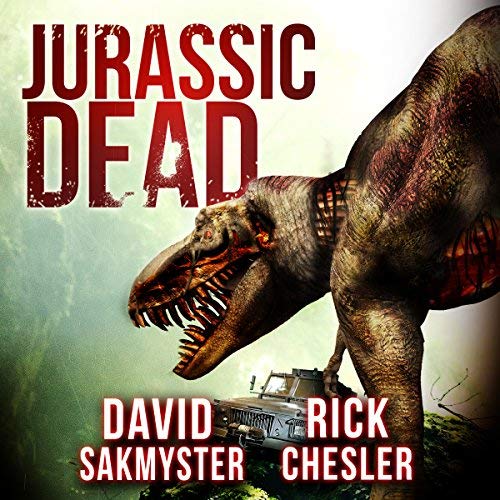 Jurassic Dead by Rick Chesler, David Sakmyster
Narrated by Andrew Tell
Published by Rick Chesler and David Sakmyster
An Antarctic research team hoping to study microbial organisms in an underground lake discovers something far more amazing: perfectly preserved dinosaur corpses. After one thaws and wakes ravenously hungry, it becomes apparent that death, like life, will find a way. Environmental activist Alex Ramirez, son of the expedition’s paleontologist, came to Antarctica to defend the organisms from extinction, but soon learns that it is the human race that needs protecting. 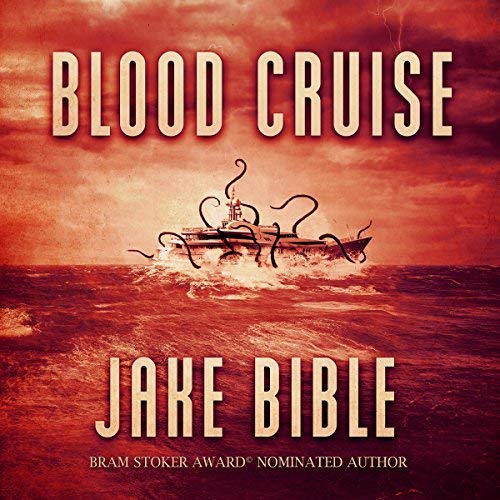 Blood Cruise by Jake Bible
Narrated by Andrew Tell
Published by Jake Bible Fiction
Ben Clow’s plans are set. Drop off kids, pick up girlfriend, head to the marina, and hop on best friend’s cruiser for a weekend of fun at sea. But Ben’s happy plans are about to be changed by a tentacled horror that lurks beneath the waves. International crime lords! Deep cover black ops agents! A ravenous, bloodsucking monster! A storm of evil and danger conspire to turn Ben Clow’s vacation from a fun ocean getaway into a nightmare of a blood cruise! 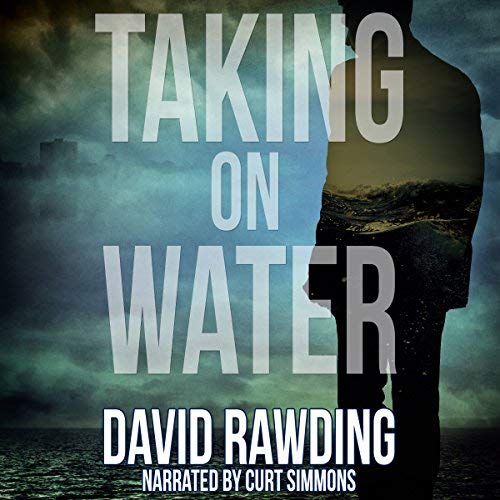 Taking on Water by David Rawding
Narrated by Curt Simmons
Published by Red Adept Publishing, LLC
When James Morrow, a social worker, first meets Kevin Flynn, he suspects the teen is being abused. To learn more about Kevin’s home life, he gets to know the boy’s father, Tucker, who’s a lobsterman. James is able to put his suspicions to rest, and the two families begin to form a friendship.

When a kid at the local recreation center dies of an overdose, detective Maya Morrow adds the case to the long list related to the drug problem plaguing the small New Hampshire coastal town of Newborough. But her investigation gets her much too close to the dangerous players.

Both the Morrows and the Flynns are holding dark secrets, and when their lives collide, tragedy is inevitable. 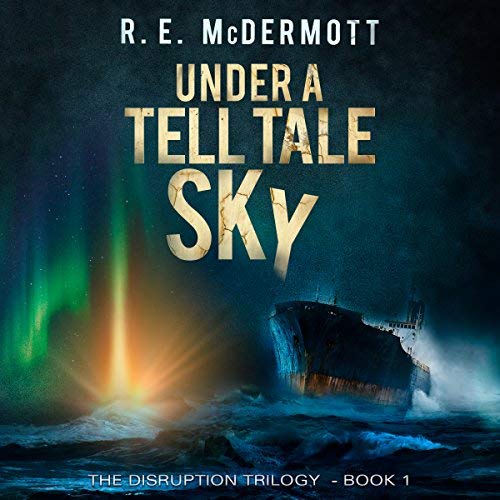 Under a Tell-Tale Sky by R.E. McDermott
Narrated by Kevin Pierce
Published by R. E. McDermott
When a massive solar flare fries the electrical grid, Captain Jordan Hughes’ problems are just starting. Stranded far from home with a now-priceless cargo of fuel and a restless crew, Hughes weighs his options as violence worsens ashore and the world crumbles around the secure little world of his ship, the Pecos Trader.

“Wait and see”, is not an option. Hughes has to get his ship and crew home, but FEMA arrives with other plans.

Resisting the demands of an increasingly corrupt and self-serving federal bureaucracy, Hughes leads a ragtag band of sailors, preppers, and dissident military personnel on an incredible voyage to reunite them all with home and family – only to find their real journey is just beginning.