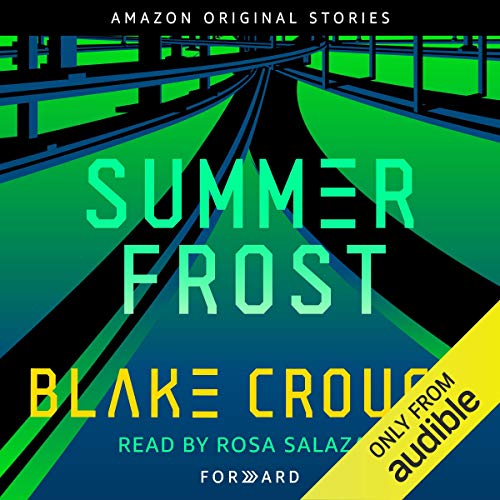 A Different Spin on Emerging AI

I’ve had this book in my library for a lot longer than I thought. Not because I didn’t want to read it but because, I was apparently saving it for a time that I needed a quick story that blew my socks off. Summer Frost isn’t my first Crouch book, that happened to be Recursion, which I enjoyed as well.

Without spoiling anything, this story was interesting and even when you think you have it figured out, you’re probably wrong. Summer Frost was one of those books that had me guessing throughout. I kept trying to figure things out and every time I would make a guess, Crouch would pull the rug out from under me again. I kept thinking “no, this is it”. But, I was wrong. It was an interesting and really different AI story than I was expecting.

Overall, a great short story that I think would have been ruined if it had been written into a longer format. Crouch covers a lot of things that are usually covered in a book about an emerging AI but does them with a different spin.

I thought that Rosa Salazar did a pretty good job narrating this story. There were a few times that I thought her pacing was off, but nothing that couldn’t be quickly solved by changing the speed or honestly just zoning out a bit while listening.

A video game developer becomes obsessed with a willful character in her new project, in a mind-bending exploration of what it means to be human by the New York Times bestselling author of Recursion.

Maxine was made to do one thing: die. Except the minor non-player character in the world Riley is building makes her own impossible decision – veering wildly off course and exploring the boundaries of the map. When the curious Riley extracts her code for closer examination, an emotional relationship develops between them. Soon Riley has all new plans for her spontaneous AI, including bringing Max into the real world. But what if Max has real-world plans of her own?

Blake Crouch’s Summer Frost is part of Forward, a collection of six stories of the near and far future from out-of-this-world authors. Each piece can be read or listened to in a single thought-provoking sitting.