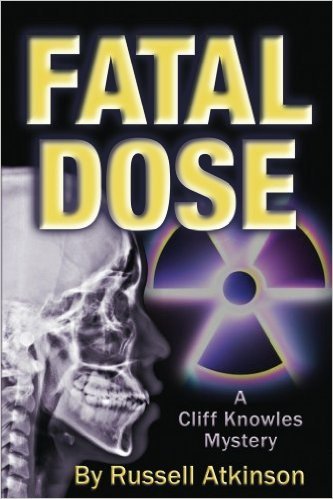 Procedural Detective Work With Some Action Thrown In

Fatal Dose needs narration done for it.  I loved the story, but there were some parts that definitely would have been more enjoyable if it was an audiobook compared to just the novel.  I think it would have helped speed up some of the slower parts of the story.  That being said, I really did enjoy the story.  I have not read any of the other Cliff Knowles novels, but I may pick some of them up now.

There was a lot of procedural stuff throughout this book.  Like, a lot.  There is nothing wrong with that, just don’t expect a “bang, bang” type of book.  Knowles is a wonderful main character who is incredibly well thought out.

The story in Fatal Dose was a really awesome one.  It’s something that I’ve never read before, the plot line and story were completely new to me — even being a fan of Michael Crichton bio and medical thrillers.  This was an awesome mix of a prime time medical drama and an hour-long drama all within the confines of this book.

I jumped into knowing Cliff Knowles in the third of 5 novels with him in it (at the time of reading) but I didn’t feel lost at all like you will with some long-running main characters.  So, this book works just as well as a standalone as it does a series novel.

Cliff Knowles is one of those guys that you definitely want on your side!  I can definitely tell that the author has had some real world experience because it almost reads like a full case story from a real case.

Overall, I will be back for more Knowles novels, especially in an audiobook version.  Atkinson is someone to be on the lookout for when it comes to Procedural Mysteries and Thrillers.

X-rays can kill cancer cells and save lives when administered properly. They can also kill people when things go wrong – a fact learned the hard way by retired FBI agent Cliff Knowles. Hired to unravel the cause of some mysterious overdoses, he gets too close to the truth and finds his own life on the line.

Inspired by actual cases he worked as an FBI agent in Silicon Valley, the author weaves an absorbing tale of greed, technology, and terrorism in this high-tech legal thriller. After reading Fatal Dose you’ll never look at an X-ray machine the same way. 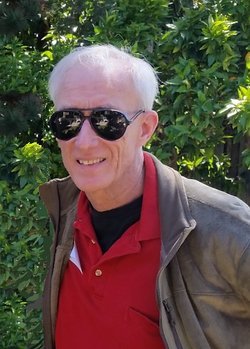 Russell Atkinson served as an FBI Special Agent for 25 years, where he specialized in high-technology crimes in Silicon Valley. He was the first to investigate Raj Rajaratnam, the high-tech hedge fund manager who was convicted of insider trading in 2011. He was the case agent on the first federal prosecution in California under the Economic Espionage Act. He worked on several kidnapping cases and has arrested murderers and drug dealers. After retiring from the FBI he practiced law. With degrees in mathematics and law he worked for many high-tech firms in the computer industry including IBM, Fairchild Semiconductor, and Netscape. He served as President of the American Cryptogram Association and has written extensively on cryptographic topics. He was Head Cryptographer for the movie The Red Machine, which was given a thumbs up by Roger Ebert. Now retired, he lives in Silicon Valley and spends time with his interests: running, geocaching, guitar, cryptography, and, of course, writing.

The Cliff Knowles Mysteries can be enjoyed by anyone who likes a good mystery novel, but geocachers especially enjoy the way geocaching is woven into some of the books. The author is an experienced geocacher. He geocaches under the name THE RAT. He has found over 2000 caches and has placed over 90 caches. He has completed the original Well-Rounded Cacher (The Fizzy Challenge) (GC11E8N) and over 400 favorite points have been awarded to his caches.

One thought on “Fatal Dose by Russell Atkinson”