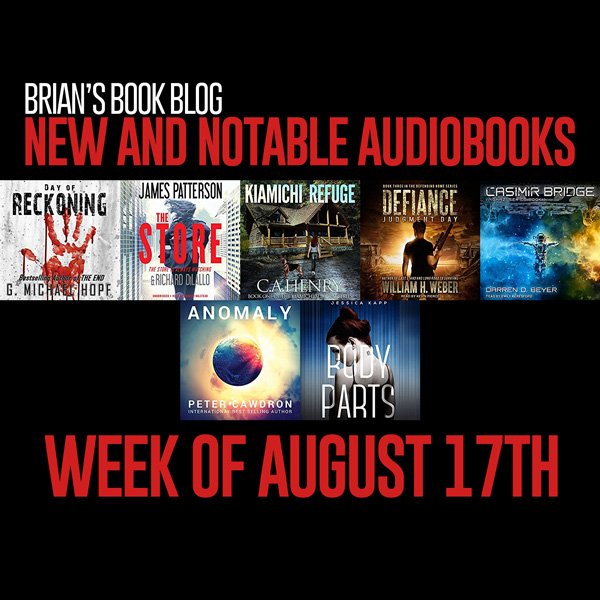 Check out the new and notable audiobooks for the week of August 17th including books from G. Michael Hopf, James Patterson, and William H Weber.  Featuring Narrations by Joseph Morton, Kevin Pierce, and Graham Halstead. 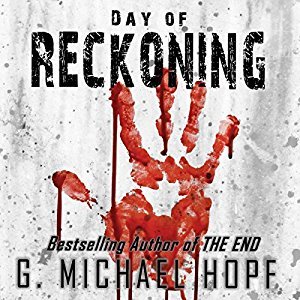 From G. Michael Hopf, the acclaimed apocalyptic and best-selling author of THE NEW WORLD series comes an exciting and dark apocalyptic novel, DAY OF RECKONING.

The day started like any other, but it ended with the human race fighting for its very existence.
It was
A day of sorrow…
A day of sacrifice…
A day of death…

A day of reckoning. 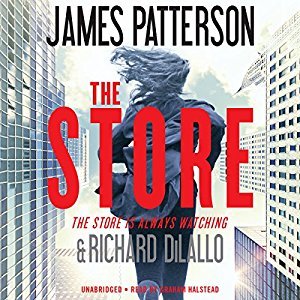 THE STORE IS WATCHING YOU.

Jacob and Megan Brandeis have gotten jobs with the mega-successful, ultra-secretive Store. Seems perfect. Seems safe. But their lives are about to become anything but perfect, anything but safe.

Especially since Jacob and Megan have a dark secret of their own. They’re writing a book that will expose the Store–a forbidden book, a dangerous book.

And if the Store finds out, there’s only one thing Jacob, Megan and their kids can do–run for their bloody lives. Which is probably impossible, because–

THE STORE IS ALWAYS WATCHING. 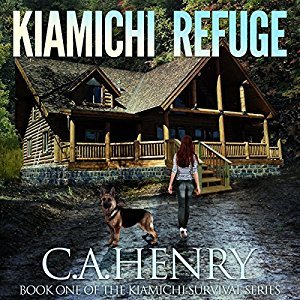 Erin Miller was alone in the world after her Uncle Ernie died, but he left her a lodge full of secrets in the Kiamichi Mountains. When events on the other side of the world threatened everything they cherished, Erin and her friends find themselves in a struggle to survive the ravages of a collapsing society. As America falls apart, this growing group bands together to help others and save themselves in their Kiamichi Refuge 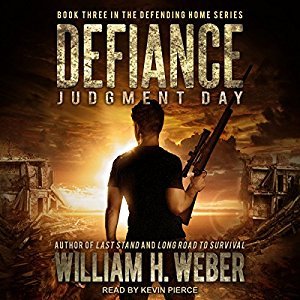 Imprisoned by the Cartel, Dale Hardy must battle to escape his captors and find a way home before everything and everyone he holds dear is lost forever.

For the Cartel, it turns out subduing the small town of Encendido was only the beginning. Ruthless crime boss Fernando Ortega has his sights set on reclaiming great swaths of the American South-West, an empire he intends to rule with an iron fist.

But there’s a secret hiding in the desert, a secret that could spell the difference between tyranny and freedom. As the country teeters on the brink, the stakes couldn’t be higher. 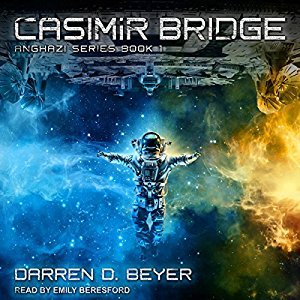 A nuclear terror plot is thwarted just outside Washington, D.C. And it’s an election year. Mandisa “Mandi” Nkosi is a young reporter who, while on a trip to Johannesburg to connect with her roots, is contacted by an anonymous source with evidence that material seized from a nuclear terror plot will point squarely at one of

A nuclear terror plot is thwarted just outside Washington, D.C. And it’s an election year. Mandisa “Mandi” Nkosi is a young reporter who, while on a trip to Johannesburg to connect with her roots, is contacted by an anonymous source with evidence that material seized from a nuclear terror plot will point squarely at one of humanity’s most important companies as the supplier. The source also unveils that the “evidence” against the company – Applied Interstellar Corporation (AIC), a science and technology behemoth with more corporate and political foes than can be counted – is a setup, and part of a plot to destroy AIC and gain control of its technological secrets. The deeper Mandi digs, the more of a target she becomes. What follows is a heart-pounding, unforgettable ride through the hallowed halls of big government, far-flung star systems, and the revelation of a conspiracy that runs so deep, Mandi’s life, and the future of humanity, are put at stake.

Anomaly examines the prospect of an alien intelligence discovering life on Earth. The technological gulf between humanity and the alien species is measured in terms of millions of years. The only way to communicate is using science, but not everyone is so patient.

Humanity’s first contact with an alien intelligence is far more radical than anyone has ever dared imagine. With a technological gap of millions of years, mankind is barely able to recognize the arrival of an alien space craft outside the gates of the United Nations in New York. 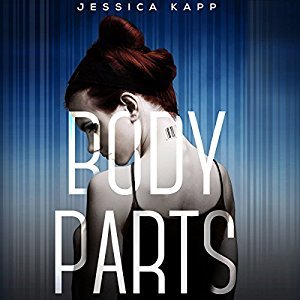 Never Let Me Go meets The Island for YA—perfect for fans of Cat Patrick and Suzanne Young.

Raised in an elite foster center off the California coast, sixteen-year-old Tabitha has been protected from the outside world. Her trainers at the center have told her she’ll need to be in top physical condition to be matched with a loving family. So she swims laps and shaves seconds off her mile time, dreaming of the day when she’ll meet her adoptive parents.

But when Tabitha’s told she’s been paired, instead of being taken to her new home, she wakes up immobile on a hospital bed. Moments before she’s sliced open, a group of renegade teenagers rescues her, and she learns the real reason she’s been kept in shape: PharmPerfect, a local pharmaceutical giant, is using her foster program as a replacement factory for their pill-addicted clients’ failing organs.

Determined to save the rest of her friends at the center, Tabitha joins forces with her rescuers, led by moody and mysterious Gavin Stiles. As they race to uncover the rest of PharmPerfect’s secrets, though, Tabitha finds herself with more questions than answers. Will trusting the enigmatic group of rebels lead her back to the slaughterhouse?