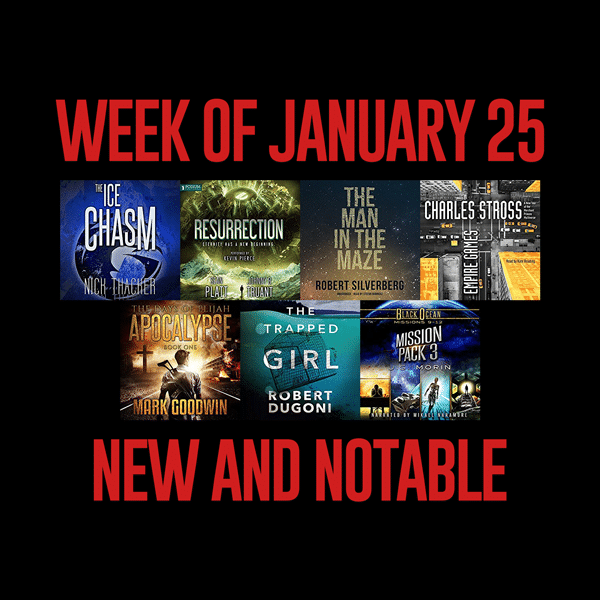 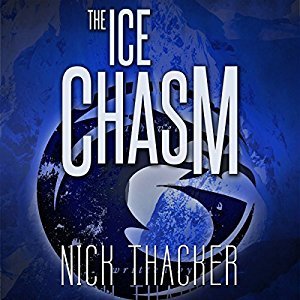 The holy grail of science and computing…

A technology worth killing for…

For years, computer scientists have been working on a single, massive project.

It was said to be impossible.

Humanity itself may hang in the balance, and a single corporation controls its fate

Artificial intelligence is everywhere – in the cars we drive, in the appliances in our homes, and in the computers we use for work and pleasure. But this “intelligence” is lacking in one simple, yet major, way.

It is not human.

Near the McMurdo Station on the continent of Antarctica, a signal is seen and intercepted by a telecommunications company. They don’t understand what the signal means, but whoever sent it is illegally using the company’s restricted technology and satellites.

Harvey “Ben” Bennett and Juliette Richardson are approached to join an expedition to Antarctica to find the source of the signal, and bring back whatever technology is hidden there.

After trekking through the Amazon Rainforest and narrowly escaping death at Yellowstone National Park, Ben has little interest in yet another dangerous mission, but there is one reason he accepts the job:

Draconis Industries, the company that was behind the mass genocide at Yellowstone and the heinous crimes in the Amazon.

Together, Ben and Julie, joined by new teammates Reggie and Joshua Jefferson, must visit the coldest continent on Earth to uncover what Draconis Industries is trying desperately to keep hidden. 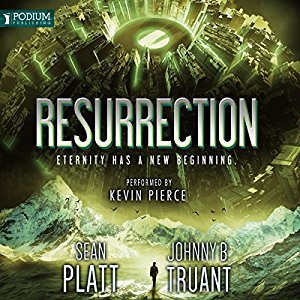 Eternity has a new beginning.

With the human race decimated, only a handful of survivors still wander the planet. They’ve forgotten the Astrals, and they’ve forgotten their pasts, ready for a fresh start…or at least that’s how it was supposed to happen. In a small desert village without memory, the Lightborn labor unseen – while in the Mullah stronghold beyond, Clara fights an old battle to free the minds of mankind. She’s come up against a wall. She’s fallen into a trap. And now, finally, the walls have begun to crumble.

The Astrals linger unseen, unable to leave the planet. But now they face a challenge they’ve never seen before: a new human mindscape that persists despite their best efforts to erase it, a will that refuses to die.

The Archetypes rise, but their chore is an impossible one. They must infiltrate the collective on their own terms and perhaps save what little humanity still holds in its grasp…or force the planet’s deadlocked overlords to destroy the human race for good.

This relentless tale of colonization and alien empire is the seventh and final book in the Alien Invasion series by masters of story Truant and Platt, authors of The Beam, Robot Proletariat, the Dream Engine series, and many more. 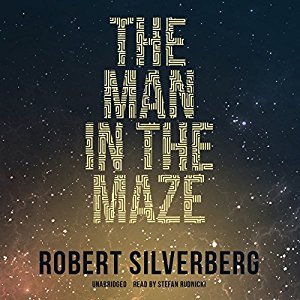 Once a hero, now a pariah, Richard Muller is humanity’s last hope.

Richard Muller was an honorable diplomat who braved unimaginable dangers to make contact with the first-known race of intelligent aliens. But those aliens left a mark on him: a psychic wound that emanates a telepathic miasma that his fellow humans can neither cure nor endure. Muller is exiled to the remote planet of Lemnos, where he is left, deeply embittered, at the heart of a deadly maze – until a new alien race appears, seemingly intent on exterminating humanity. Only Muller can communicate with them, due to the very condition that has made him an outcast. But will Muller stick his neck out for the people who so callously rejected him? 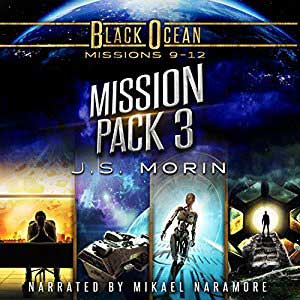 Being a criminal kingpin is more work and less fun than everyone makes it seem.

Carl Ramsey is the head of his own criminal syndicate. With a hundred men and women and the resources of a tiny jungle moon at his disposal, life should have gotten easier, not harder. Infighting, politics, and a lack of income to pay everyone begin to tear the syndicate apart from the inside. And the last thing Carl needs is his father stepping in to try to help.

Carl sets out with some new recruits to earn some startup funds for his new syndicate. But when he discovers that his criminal enterprise doesn’t have enough criminals to run it, he goes to recruit some old friends.

While Carl and the Mobius are stranded, dead in space, Chuck Ramsey steps in to handle the day-to-day operations of the syndicate. Can Carl get his ship repaired and get home while he still has a syndicate left?

Wizards are all convinced that any thinking robot would be a threat to life as we know it. Robots are paranoid that wizards are out to get them. When the Mobius comes across a robot claiming to be a wizard, they don’t know quite what to do with him. But there’s a wizard who does, and he’s not planning to play nice.

With the aid of some inside information, the Mobius crew are ready to take on an old nemesis. Their goal: to infiltrate and hijack the Harmony Bay ship Bradbury.

With Carl off being treated like a VIP, a job comes in for the Mobius. Roddy, Archie, and Yomin take on the assignment, but they have to manufacture a convincing impostor of Carl to do it. 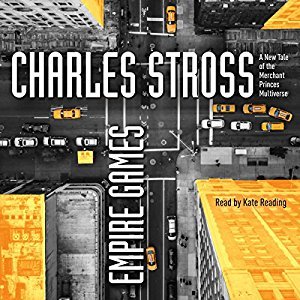 Charles Stross builds a new series with Empire Games. Expanding on the world he created in the Family Trade series, a new generation of paratime travelers walk between parallel universes. The year is 2020. It’s 17 years since the Revolution overthrew the last king of the New British Empire, and the newly reconstituted North American Commonwealth is developing rapidly, on course to defeat the French and bring democracy to a troubled world. But Miriam Burgeson, commissioner in charge of the shadowy Ministry of Intertemporal Research and Intelligence – the paratime espionage agency tasked with catalyzing the Commonwealth’s great leap forward – has a problem. For years she’s warned everyone: “The Americans are coming.” Now their drones arrive in the middle of a succession crisis, for their leader, First Man Adam, is dying of cancer, and the vultures are circling.

In another timeline the US has recruited Rita, Miriam’s own estranged daughter, to spy across timelines in order to bring down any remaining world-walkers who might threaten national security. But her handlers are keeping information from her.

Two nuclear superpowers are set on a collision course. Two increasingly desperate paratime espionage agencies are fumbling around in the dark, trying to find a solution to the first contact problem that doesn’t result in a nuclear holocaust. And two women – a mother and her long-lost adopted-out daughter – are about to find themselves on opposite sides of the confrontation. 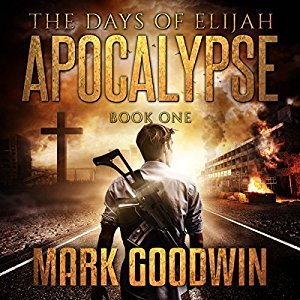 Apocalypse: The Days of Elijah, Book 1 by Mark Goodwin
Narrated by Kevin Pierce

After a massive wave of disappearances, 26-year-old CIA analyst Everett Carroll finally believes what he’s been told about the biblical prophecy of the rapture. But will he be able to survive the gauntlet of destruction known as the Great Tribulation? Seven seals, seven trumpets, and seven vials of God’s wrath are about to be poured out upon the earth, and woe to the inhabitants thereof! Global currencies have collapsed, famine and plague have claimed the lives of millions, and the world has crumbled into chaos. The only reason Everett and his girlfriend, Courtney, have survived the mayhem is because they were warned by John Jones, Everett’s recently deceased boss, that all of these tragedies would occur. And what’s more, through his inside knowledge at the agency, mixed with his interpretation of prophecy, Jones predicted that a world leader would ride in on a white horse to fix the ills of the planet. But who is this leader and what is his motivation for mandating the new identification implant and the global cashless currency?

Everett is surprised when he finds out that Elijah, the Messianic Jewish hermit who lives on the mountain above their retreat, did not disappear along with the rest of the Christians. When he tells Everett of a special mission that God has given him, the old prophet gives Everett more questions than answers.

This is the highly-anticipated follow-up series to the best-selling trilogy, The Days of Noah, which chronicles the economic, moral, and social collapse of the United States.

As with all books by Mark Goodwin, this book contains no profanity and no embarrassing sex scenes. However, if you’re offended by conservative principles and references to scripture, this book might not be for you. 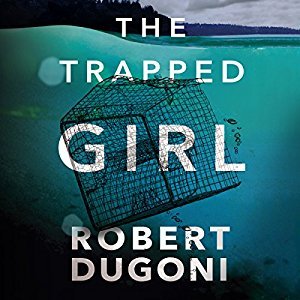 When a woman’s body is discovered submerged in a crab pot in the chilly waters of Puget Sound, Detective Tracy Crosswhite finds herself with a tough case to untangle. Before they can identify the killer, Tracy and her colleagues on the Seattle PD’s Violent Crimes Section must figure out who the victim is. Her autopsy, however, reveals she may have gone to great lengths to conceal her identity. So who was she running from?

After evidence surfaces that their Jane Doe may be a woman who suspiciously disappeared months earlier, Tracy is once again haunted by the memory of her sister’s unsolved murder. Dredging up details from the woman’s past leads to conflicting clues that only seem to muddy the investigation. As Tracy begins to uncover a twisted tale of brutal betrayal and desperate greed, she’ll find herself risking everything to confront a killer who won’t go down without a deadly fight. Once again, New York Times bestselling author Robert Dugoni delivers a taut, riveting thriller in the fourth installment of his acclaimed Tracy Crosswhite series.