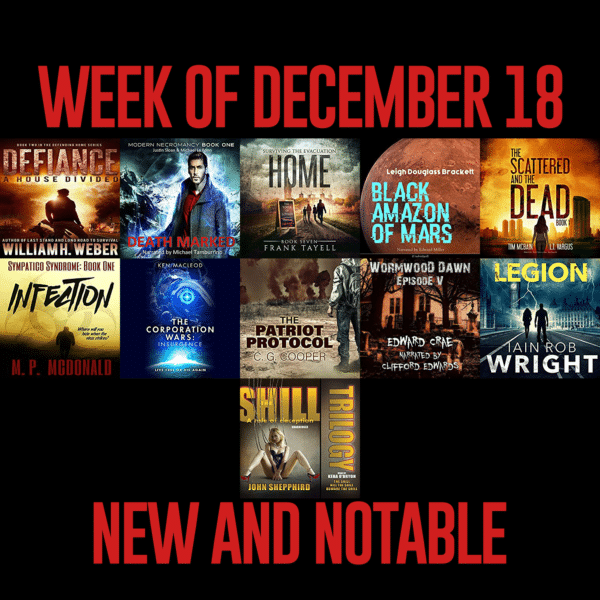 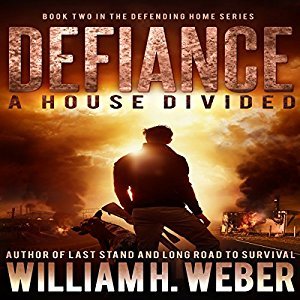 Dale Hardy thought he had seen the face of evil with Sheriff Gaines and Mayor Reid. That was before the cartel arrived and laid claim to a town still reeling from a devastating global virus. With Encendido falling increasingly in its iron grip, the cartel soon sets out to put an end to Dale and his family. To stop them, Dale will need to overcome sharp divisions at home and within the local population. More than that, he’ll need to leave his fortified sanctuary in order to unite a fractured people against a ruthless enemy. But the time for mounting an effective resistance is quickly slipping away. There are rumors the cartel has called upon a bloodthirsty band of mercenaries to bring the town to its knees and complete their brutal subjugation once and for all. 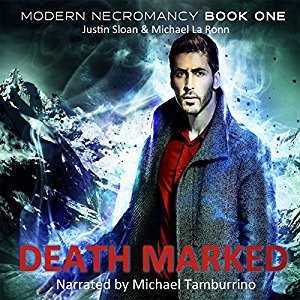 He wanted to bring his fiancée back from the dead. If he’s not careful, he’ll join her. Evans’s world was turned upside down when he lost his fiancée Senna in a tragic accident. He misses her so desperately that he’s resorted to the dark arts to bring her back.

Frank Altemus is a doctor with strange connections to the occult who promises to revive Senna from the afterlife in exchange for Rohan’s help on a “special” expedition. To Russia. To rob an ancient temple with a dangerous secret.

Rohan had no idea what he was truly signing up for. But if he wants Senna back, he’ll have to make a deadly sacrifice.

Death Marked is the first book in the urban fantasy Modern Necromancy series. It’s a fast-paced chase around the world that will keep you on the edge of your seat and fear the dead. 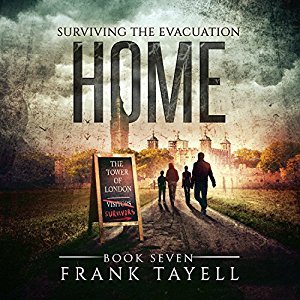 The outbreak began in February. Nations went to war. Governments collapsed. Billions died in the chaos and anarchy that followed. Billions more were infected. They died. They came back.

It is now October. Out of the tens of millions who lived in southern England, only 90 people remain. They sought sanctuary behind the ancient walls of the Tower of London, but it was only a temporary refuge. There is no more food to be scavenged from the ruins of the old world. Their water supply is polluted. As the days get shorter, the weather worsens, and people begin to get sick.

They have been betrayed and are besieged by the living and undead alike. Over their heads hangs the threat of a last catastrophic weapon. This specter of the old world conspiracy that brought the living dead to plague the Earth leaves them with a terrible decision. Some must be sacrificed so that amidst
the horror, others might find somewhere in the undead wasteland that they can call home. 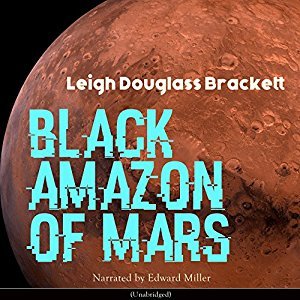 “Grimly Eric John Stark slogged toward that ancient Martian city.´With every step he cursed the talisman of Ban Cruach that flamed in his blood-stained belt. Behind him screamed the hordes of Ciaran, hungering for that magic jewel. Ahead lay the dread abode of the Ice Creatures. At his side stalked the whispering spectre of Ban Cruach, urging him on to a battle Stark knew he must lose!”…

Welcome to the sci-fi world of Leigh Douglass Brackett and U.S. pulp fiction from the late 1950’s at its finest. In this story, our hero Eric John Stark certainly has his work cut out for him, trying to save a friend as well as having to accept a dangerous mission involving bringing back a precious, stolen item to its original home. 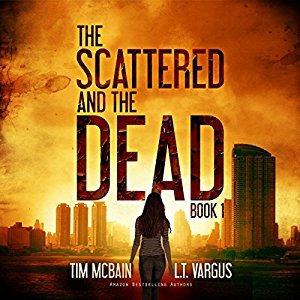 With 99.7% of the Earth’s population dead and gone, the few who remain struggle to survive in an empty world. The scattered. The leftovers. These are their stories. Meet Mitch, a father infected with the zombie virus. He knows he has 24 hours until he turns. Maybe a little more if he’s lucky. He’s been a half-assed father. Checked out. Distracted. Can he find a path to redemption in his final hours? Can he make sure his kids are taken care of before time runs out?

Meet Travis, a 23 year old wimp who ran away as his parents were murdered by raiders. Now he surrounds himself with towers of scavenged booze and prescription pills. He only wants to numb the pain. Then he comes upon the men who killed his family. Now he has a choice.
Meet Erin, a 16 year old girl taking care of an eight year old orphan. Six months ago she was worried about prom. Now she worries about zombies and raiders and feeding a little girl.

What started as a flu outbreak on a military base proves deadlier than Ebola and more contagious than the Spanish Flu. Sympatico Syndrome is unlike anything the world has ever seen. Victims’ behavior is changing to accommodate the rapid spread of the virus.

Former Navy epidemiologist Cole Evans is well aware of the rare, infectious diseases the military studies. He also knows, first-hand, the government’s stance on sharing information with the public, so if the media has already learned about the disease, then it’s far too late to contain the outbreak.
Cole’s only chance to save his family is to establish a safe haven. Isolated, hard to reach, and with enough space for his brother’s family as well, he has the perfect location – if only they can all reach it before they’re infected. 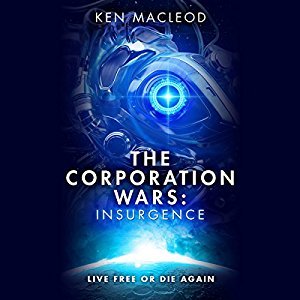 And the ultimate pay-off is DH-17, an Earth-like planet hundreds of light years from human habitation.

Ruthless corporations vie over the prize remotely, and war is in full swing. But soldiers recruited to fight in the extremities of deep space come with their own problems: from A.I. minds in full rebellion, to Carlos ‘the Terrorist’ and his team of dead mercenaries, reincarnated from a bloodier period in Earth’s history for one purpose only – to kill.

But as old rivalries emerge and new ones form, Carlos must decide whether he’s willing for fight for the company or die for himself. 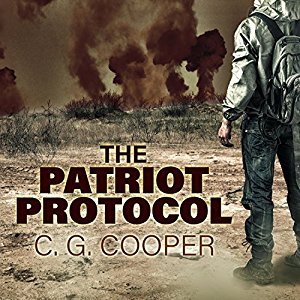 The Patriot Protocol by CG Cooper
Narrated by James Foster

It’s been 10 years since the Collapse. The survivors live off what they can grow, find, or steal. A man known as Ryker is among the survivors, a family man with a mysterious past. When his family’s relative safety is taken, he’s forced to join what’s left of civilization to care for his wife and children. But will his newfound allegiance to the government of the Tennessee Zone save them or plunge them into darker peril, and will the powers-that-be use Ryker for their own nefarious needs? 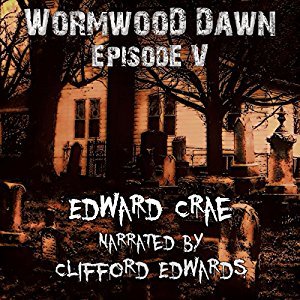 As Dan and Drew flee the chaos of the big city and head south, their road will take them to a small town with a horrifying secret. There, they encounter another survivor held prisoner by the townsfolk, and must fight their way out. Along the way, a shocking truth is revealed, leading them to believe that the mutant horrors were only the beginning. Those who perished in the initial infection begin to rise from the dead. New creatures are among them that are even more terrifying than before. Their new companion, an ex-military specialist, leads them to a nearby camp where a small group of survivors have gathered for mutual safety. But is it as safe as its residents believe? Will the two of them fit in?

What will you do when the world ends? That’s a question that needs answering quickly when the gates to Hell open up all over Earth. Taking place across the globe is an apocalypse like no other, as humanity finds itself at war against a smart and merciless foe. Follow the struggles of survival with several characters, as things go from bad to worse. Humanity is dwindling.

Vamps has never been anything more than a kid on the streets, but when those streets become a war zone, he and his childhood friends are forced to step up and become heroes – not an easy thing to do for a bunch of gangsters. It doesn’t help matters that a rival gang is also out for their blood and that a group of humans seem to be helping the enemy.

Hernandez is a US Navy Lieutenant with a bright, neatly planned future. That is until the world ends and a chance encounter with a rogue Coast Guard Captain leaves his future in disarray. It will take a lot of hard work, planning, and manipulation to take back the reigns of his destiny, and punish those who have crossed him.

Richard Honeywell is a police office at a time when being a police officer is the least safe thing a person can do. The world is at war, but Richard still has a duty to keep the peace and protect the citizens of the United Kingdom. Yet, how can he do that when his own family are in danger? People are looking to him for leadership, but how do you lead army of civilians to certain death?

The world must come together and fight back against the unstoppable Legions of Hell, because no one is coming to help them. The monsters are real and they will not stop. Welcome to Hell. 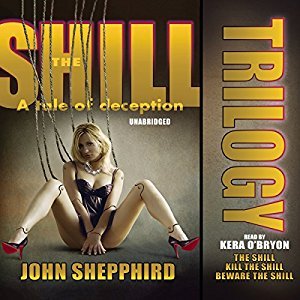 The Shill Trilogy by John Shepphird
Narrated by Kera O’Bryon

Struggling actress Jane Innes is seduced by a handsome new arrival in her acting class. He makes a proposition. He admits he’s a con man and needs Jane to pose as a rich, carefree heiress to fulfill her part in his intricate scam. All goes as planned until Jane’s true identity threatens to surface and their scheme begins to crack at the seams. It all leads to a tangled maze of deception, depravity, and murder.

Her role in the con game was to be the shill before the scam exploded in bloody violence. Discarded, sacrificed like a pawn, Jane’s left holding the bag. The swindlers left a murderous trail and millions of dollars are missing. The problem: Jane knows too much. She’s a liability they can’t afford to keep around. But the con artists underestimated Jane. They miscalculated her tenacity and will to survive. Not one to be crossed, her plan is to use their own weapon, the “art of deception”, against them. Facing insurmountable odds Jane sets out to settle the score with fierce determination and a few tricks up her sleeve.

Bruised, battered, but determined, Jane Innes must navigate a tangled web of deception, depravity, and murder, and turn the tables on cunning swindlers. Using the art of deception, this out-of-work actress embarks on a daring caper – her last chance to take down a deadly adversary.