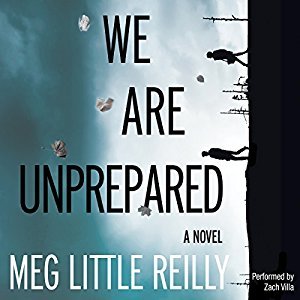 This is one of those books that the 4 feels unfair and fair at the same time.  I really did enjoy this book, it kept me glued to my seat while I was making a long drive.  But there were also parts that left me feeling unfulfilled and/or confused.

The premise of the book was really good, a looming superstorm that could bring uncertain amounts of bad weather to a Northern Vermont town.  The story revolves around Ash and Pia (and their marriage, happiness, and unhappiness).  Ash was a really likable guy — like really enjoyable to read (I’m a lot like him).  And Pia was an incredibly well thought out character.  She started off really likable, but in the end, I think that Reilly made her harder and harder to like.

I felt like the storms were going to play a bigger role in this book.  They were definitely a looming character the entire time, but it wasn’t until the last fourth or so of this book that they even happened.

This book was much more of a sociological look into the life of Ash and Pia then it was a post-apocalyptic thriller (that it looked and felt like).  There is a lot going on with Ash and Pia and Reilly covers most of it in the first 3/4 of the book.

With all that said, I still did really enjoy We Are Unprepared.  It was a really good book, written at the right level, using the right amount of “umph” for most people to love it.  This is definitely an almost post-apocalyptic thriller that anyone can approach.

Overall, We Are Unprepared was a pretty good book with some really good thriller writing intermixed with a lot of sociological inter and introspection from the main character Ash.

We Are Unprepared is a novel about the next big storm, the one that changes our relationship to nature and each other...the superstorm that threatens to destroy a marriage, a rural Vermont town, and the Eastern Seaboard when it hits. But the destruction begins months earlier, when fear infects people's lives and spreads like a plague.

Ash and Pia's move from Brooklyn to the bucolic hills of Vermont was supposed to be a fresh start - a picturesque farmhouse, a mindful lifestyle, maybe even children. But just three months in, news breaks of a devastating superstorm expected in the coming months. Fear of the impending disaster divides their tight-knit rural town and exposes the chasms in Ash and Pia's marriage. Ash seeks common ground with those who believe in working together for the common good. Pia teams up with "preppers" who want to go off the grid and war with the rest of the locals over whom to trust and how to protect themselves. Where Isole had once been a town of old farm families, yuppie transplants, and beloved rednecks, they divide into paranoid preppers, religious fanatics, and government tools.

We Are Unprepared is an emotional journey, a terrifying glimpse into the human, environmental, and cultural costs of our changing earth. But hope awaits on the other side. 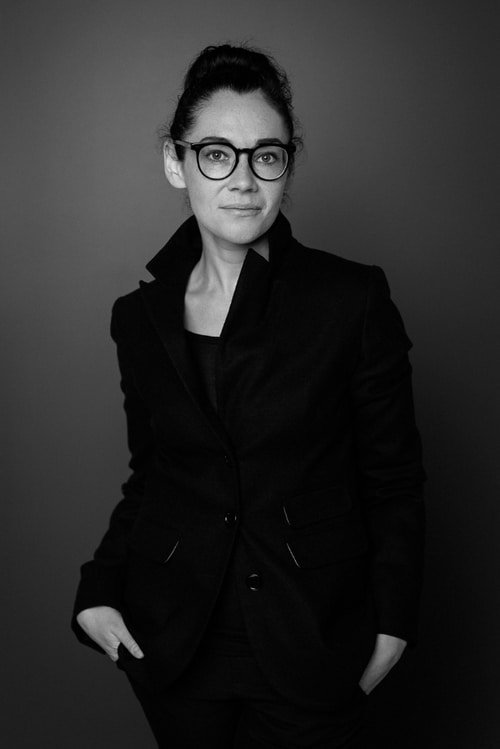 I am a writer, environmentalist, crafter, hiker of mountains, swimmer of lakes, and reader of everything.

Before I got serious about writing books, I worked for President Obama as Deputy Associate Director at the White House Office of Management and Budget; and prior to that, as Spokesperson at the U.S. Treasury. I’ve worked at Environmental Defense Fund, a couple great consulting firms, and had more political internships than I can count. I’m eternally grateful to the smart people at Vermont Public Radio for hiring me out of college. I have a B.A. from the University of Vermont and an M.A. from the George Washington University.
So basically, I’ve had some real jobs too.

I grew up in the funky hamlet of Brattleboro, Vermont where I wrote terrible, heartfelt poetry in the woods. After an exciting detour in national politics, I’m back at it in New England.

When I’m not writing, I’m playing outside with my husband Dan and our two delightful daughters.